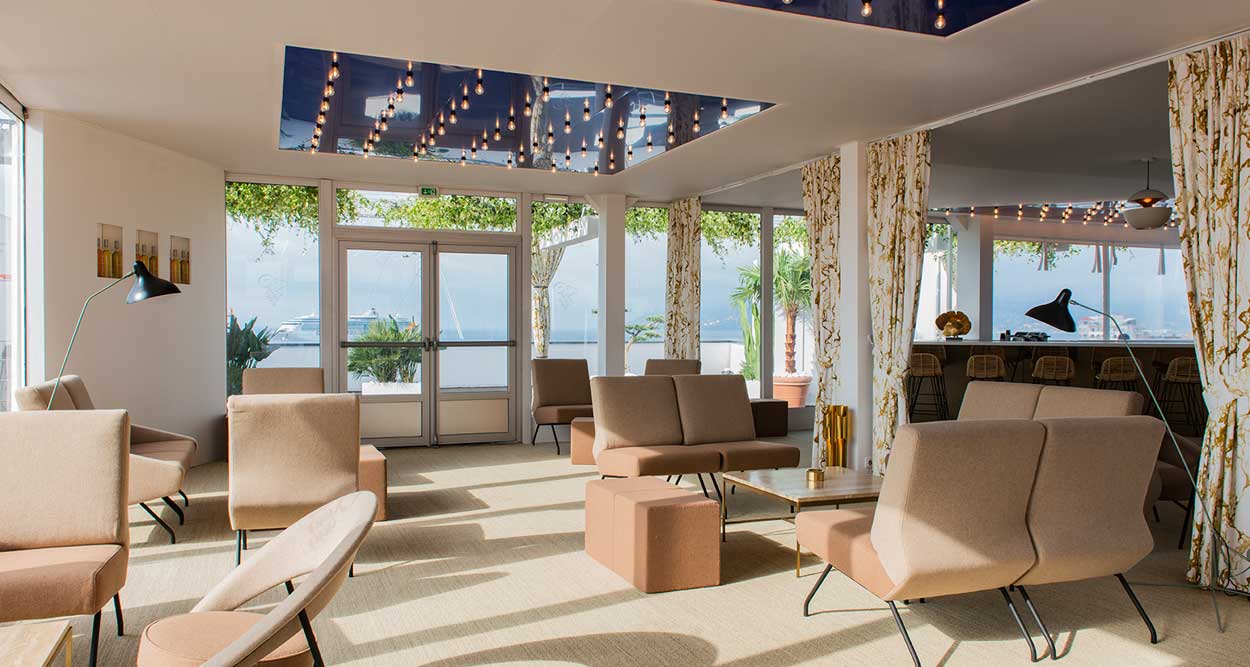 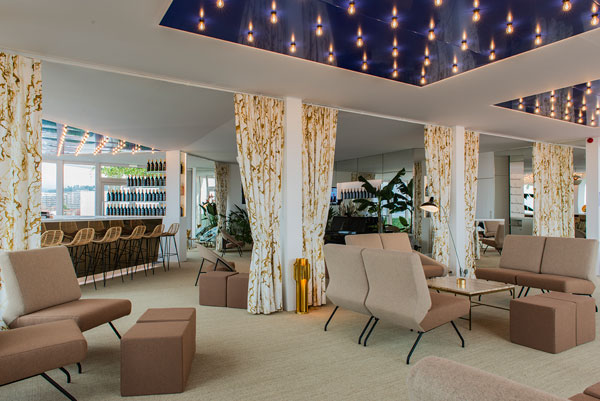 The Mouton Cadet Wine Bar has hosted many stars and prestigious  personnalities from the 7th Art on its terrace atop the Palais during the Cannes Film Festival.

Mouton Cadet Wine Bar, at the heart of the bustle of La Croisette, the glamor of the Red Carpet and the excitement of the competition, offers an oasis of calm and elegance on its terrace as well as the best view of the Festival over the beautiful bay of Cannes. The place of arts and culture rendezvous, Mouton Cadet Wine Bar welcomed stars and members of the jury in a decor designed by Mathias Kiss.
The 2016 edition celebrated 25 years of loyalty between Festival de Cannes and Baron Philippe de Rothschild and Mouton Cadet, the best selling Bordeaux AOC in the world, which continues to honor the tables of the best events of the fortnight and formal dinners. 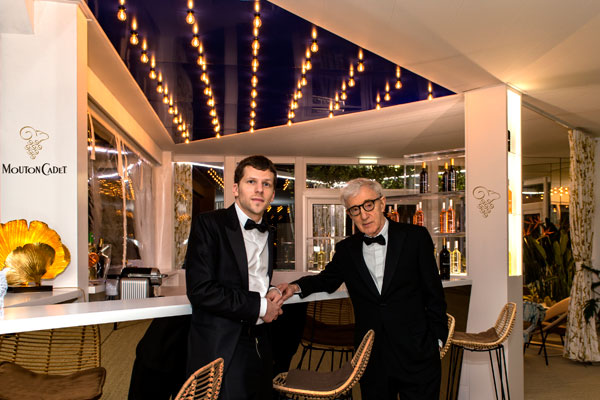 The most exclusive terrace

For the 2016 edition of the Festival, Baron Philippe de Rothschild France Distribution – Official Supplier of the Cannes Film Festival for 25 years – has completely revamped its terrace atop the Palais des Festivals, with as new signature The French Art of Living. Located at the top of the temple of cinema, the most exclusive terrace of the fortnight of cinema, Mouton Cadet Wine Bar is surrounded by the sea, and hosts the most prestigious personalities of the global film industry.
On the opening cocktail in the presence of Madame Camille Sereys de Rothschild, the violinist Laurent Korcia and interpreter Juliette Armanet transported the guests in a setting designed by the artist decorator Mathias Kiss. An intimate and friendly villa

To celebrate the anniversary, the artist decorator Mathias Kiss put in his modern esthete feeling on the most popular bar in La Croisette to unveil an exclusive new version, that looks like an intimate and friendly  “villa”. Mathias Kiss is a French-Hungarian self-taught artist-designer who expresses through a wide range of artistic skills, thanks to the Companions’ legacy of excellence, for the expertise, and his contemporary vision to changes established codes by mixing styles in a subtle way to create his own.
The stars of the whole world come to enjoy the art of entertaining à la Française at Mouton Cadet Wine Bar like Woody Allen, Robert de Niro, Marion Cotillard, Nicole Garcia, Juliette Binoche, Eva Longoria, the Jury members and many others, for a tasty break between two appointments, a prestigious dinner, or an interview with the Mediterranean as a case.
This year again, the terrace has hosted press junkets, photo calls, television filming and a selection of private events including gastronomic dinners with great wines from Baron Philippe de Rothschild Group. 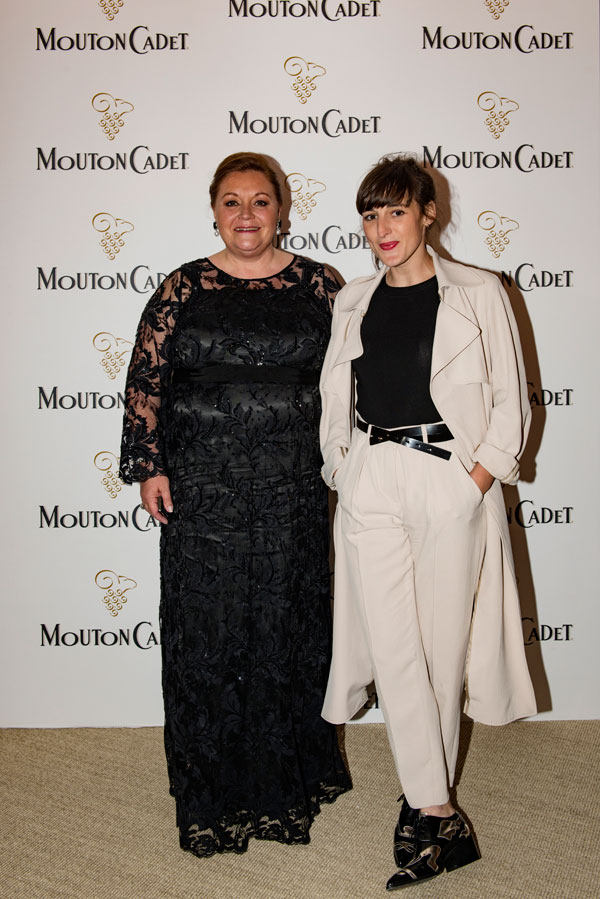 Click on pictures to enlarge – ©MCWB2016 – All rights reserved 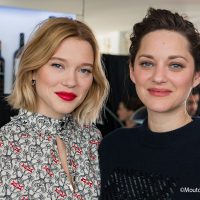 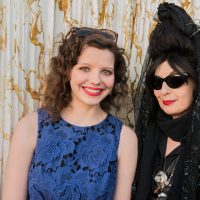 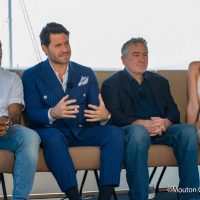 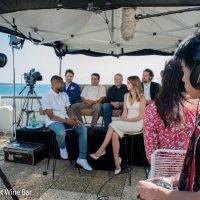 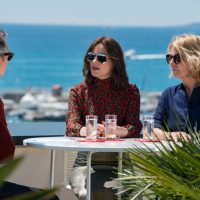 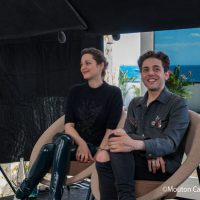 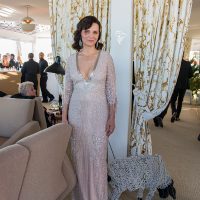 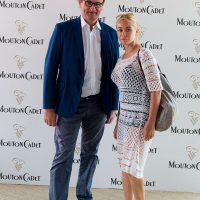 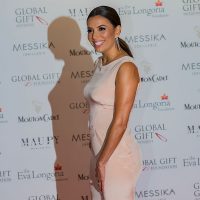 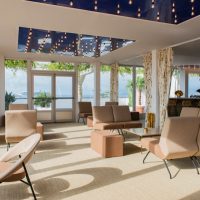