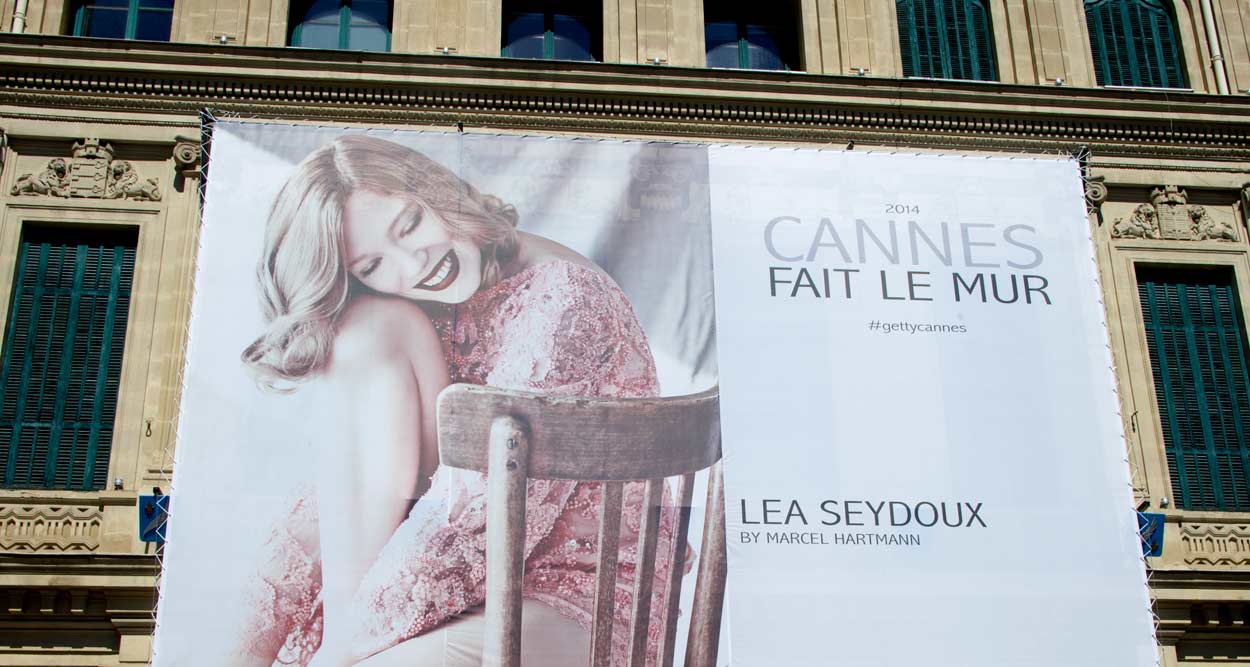 Initiated in 2004 by David Lisnard, Cannes Fait le mur is a monumental exhibition of pictures of stars given throughout the city during the Cannes Film Festival

For this 67th edition, Cannes partners with Getty Images, with the support of HP and Madame Figaro, presenting eighteen photographs of stars in large format that adorn the walls of the city and the sky of rue d’Antibes for a month and a half. For the exhibition ” Cannes Fait le mur “, Getty’s Clotilde Lecuillier selected portraits representing the work of Contour by Getty Images.

This exhibition is themed on smile portraits representing the joy and happiness that artists do share with the public each year. These portraits convey warmth and joy, thanks to the trust and friendship between photographers and stars. Artists inner happiness is revealed to the public who loves them.

7 banners on the walls of the city

With smile from Cannes 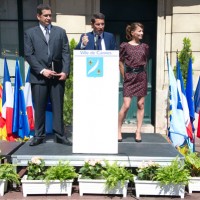 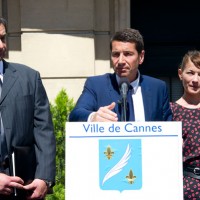 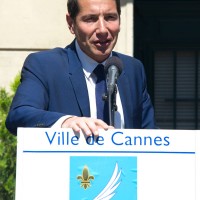 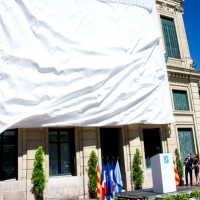 Unveiling of the banner 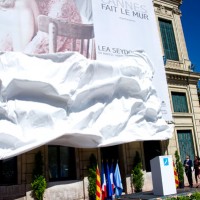 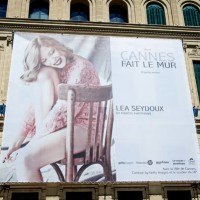 Cannes Walls Smile With Stars was last modified: May 15th, 2014 by tamel