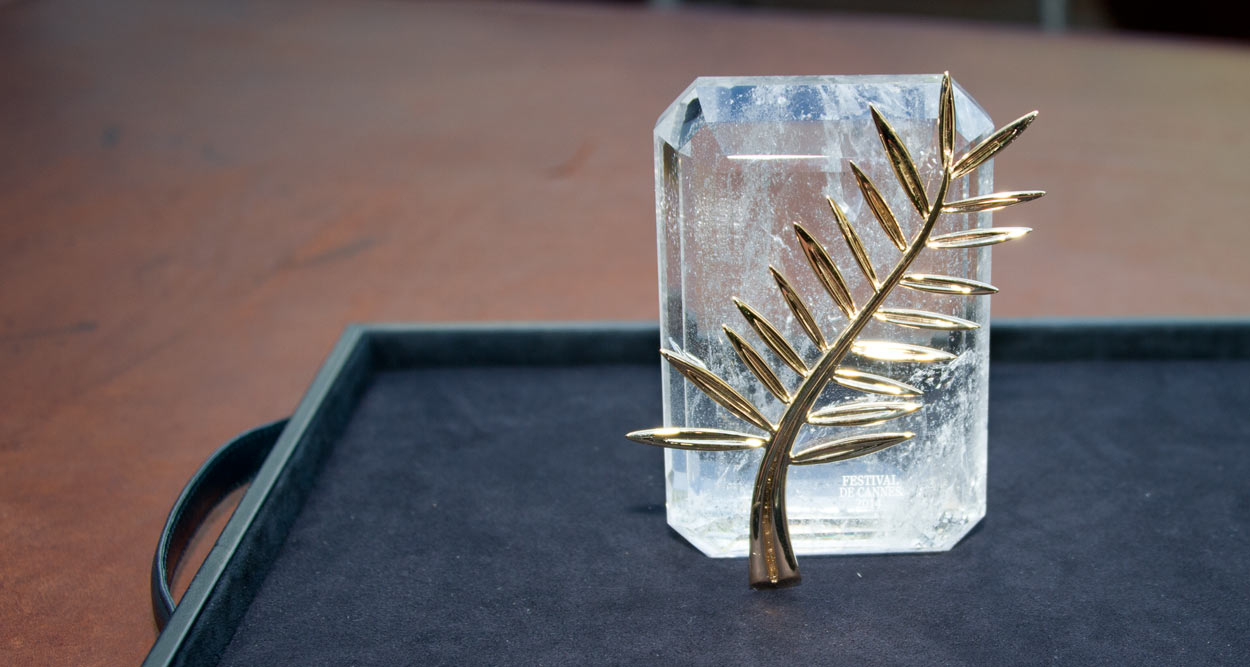 On the eve of the 67th Cannes Film Festival, Official Partner jeweller Chopard unveiled the Palme d’Or for press photographers at  Chopard Rooftop, on the 7th floor of Hotel Martinez.

The history of the Palme d’Or begins in the 50s, at the initiative of Robert Favre Le Bret, General Delegate of the Cannes Film Festival from 1952 to 1972.

As a symbol of victory, the highest award of the Festival evokes the pattern of the palm in reference to the famous Croisette and the ancestral arms shields of the City of Cannes. Le Palme initially comes from the olive trees ancestrally cultivated by the Monks of Saint Honorat Island, who later, when founding the city of Cannes, transmitted its palmes, which have become the emblem of the city.

The Palme d’Or is awarded for the first time to American director Delbert Mann for the film Marty1 and became the logo of the Festival in the 1980s.
The Palme d’Or is then re-invented in 1998 by Caroline Gruosi-Scheufele, President of Swiss jewelery Chopard, which, becoming Offical Partner of the Cannes Film Festival, has since retained the exclusivity for its implementation, as well as the two “palmettes”, presented to two actors for the interpretation price. The palm weighs 118 grams of yellow gold and is 13.5 centimetres long and 9 centimetres wide.
Worked from a 18-karat gold bullion, it is made with the lost wax technique, with gold poured into a plaster mold, and its cost is estimated to over  20,000 €. After cooling, the palm is chiseled and polished, then its slightly curved stem and 19 carved leaves are mounted on a one-kilogram crystal cushion.

The Palme d’Or has awarded many films that since remained famous such as Marty, Orfeu Negro, Un Homme et Une Femme, Le Crabe Tambour, Pelle The Conqueror, The Piano, The Pianist, Amour, Sex Lies and Video… Some even generated more than $ 100 million profits like Fahrenheit 9/11 and Pulp Fiction.

The Palme d’Or is one of the most important film awards. A clear message of quality to the public, it ensures the winner to get a world-class reputation, a distributor and multiply the number of spectators in theaters.

In Cannes, Chopard also supports the film industry via a Trophy awarded to promising young actors. 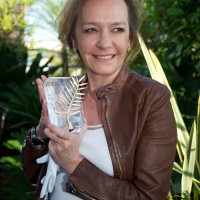 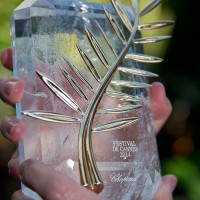 The Palme d’Or on its cristal cushion 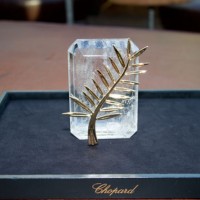 The Palme d’Or by Chopard