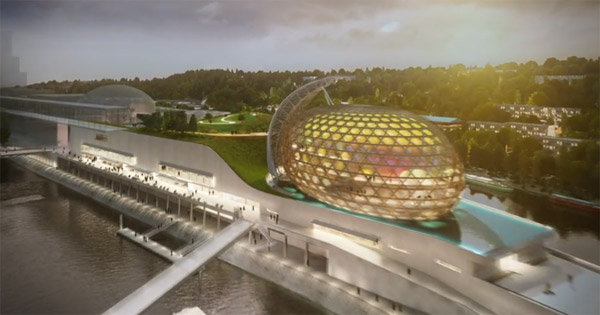 The future Cite Musicale (musical city), whose construction began in 2014 on the downstream tip of the Ile Seguin in Boulogne-Billancourt, was conceived and designed by the Japanese architect Shigeru Ban and his French partner Jean de Gastines.

It is one of the flagship projects of the Hauts-de-Seine Valley of Culture, and this set is a unique project in France and Europe. It will provide the Hauts de Seine department with a highest-level music-oriented cultural facility offering a national and international influence, both in the areas of shows broadcasting and creation. It will participate in the reconquest of the Seguin Island after the banks of the Seine, on the Boulogne side, have seen a very high quality urban development. 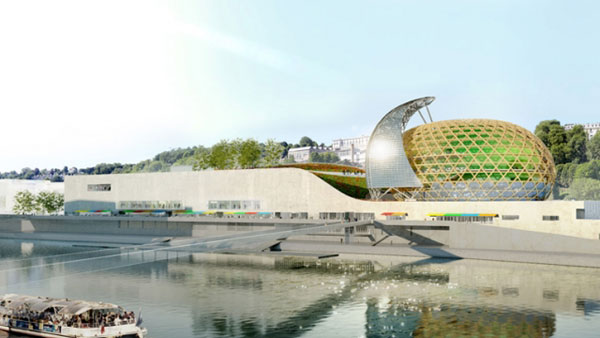 The Cite Musicale, whose opening is scheduled for 2016, will be distinguished by its oval shape, matching the tip of the former industrial wasteland. Its morphology is involved in the overall silhouette of the island with a position that gives it an iconic status. € 170 million has been invested in its construction. The complex will span on almost 280 meters along the river Seine. The building of 2.35 hectares will be mainly composed of an auditorium with 1,100 seats and a performance hall with 4,000 to 6,000 seats dedicated for concerts and events, for pedagogical actions and to house two musical groups: the Insula Orchestra and the Maîtrise des Hauts-de-Seine. Several rehearsal spaces, a 2,660 m2 business area and some societal and cultural shops will complete the equipment.

The realization of this musical major project, the design, financing, construction and operation of the Cité Musicale, was enabled by the city of Boulogne which gave the General Council the ground for a symbolic 1 €. A  public-private partnership contract was signed to carry out the project. In October 2013, the project had already received the award of PPP eco-culture and recently received the BiodiverCity label. 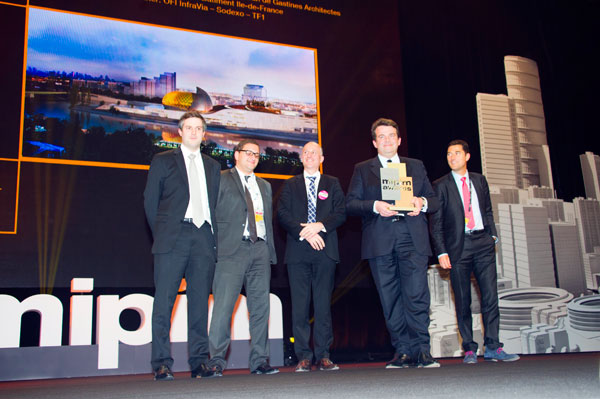 On March 12 in Cannes, at the Mipim Awards 2015 prize-giving ceremony at the Palais des Festivals Grand Auditorium, the Cite Musicale won the Award for Best Futura Project.

The idea of “culture for all” and “excellence for everyone” is at the heart of this project. The Valley of Culture was imagined beyond the existing places, to create spaces for concerts, exhibitions, permanent or temporary facilities, sports courses and cultural walks, games for children, restaurants, shops related to art and culture. Something both accessible and of quality: an artistic offer of leisure and wellness created by the public initiative and constantly renewed.

About the Ile Seguin

The name of the Ile Seguin comes from Armand Seguin (1767-1835), a chemist and tanner. This natural island in the Seine – such as those of the Ile de la Cité and Ile Saint Louis in Paris – has a history shaped in the 20th century by the former Boulogne-Billancourt Renault factories which definitively left the scene in 1992. 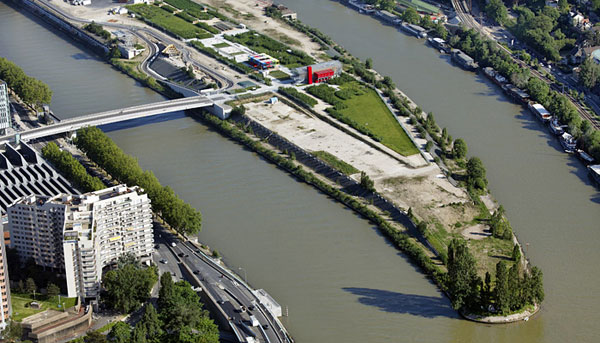