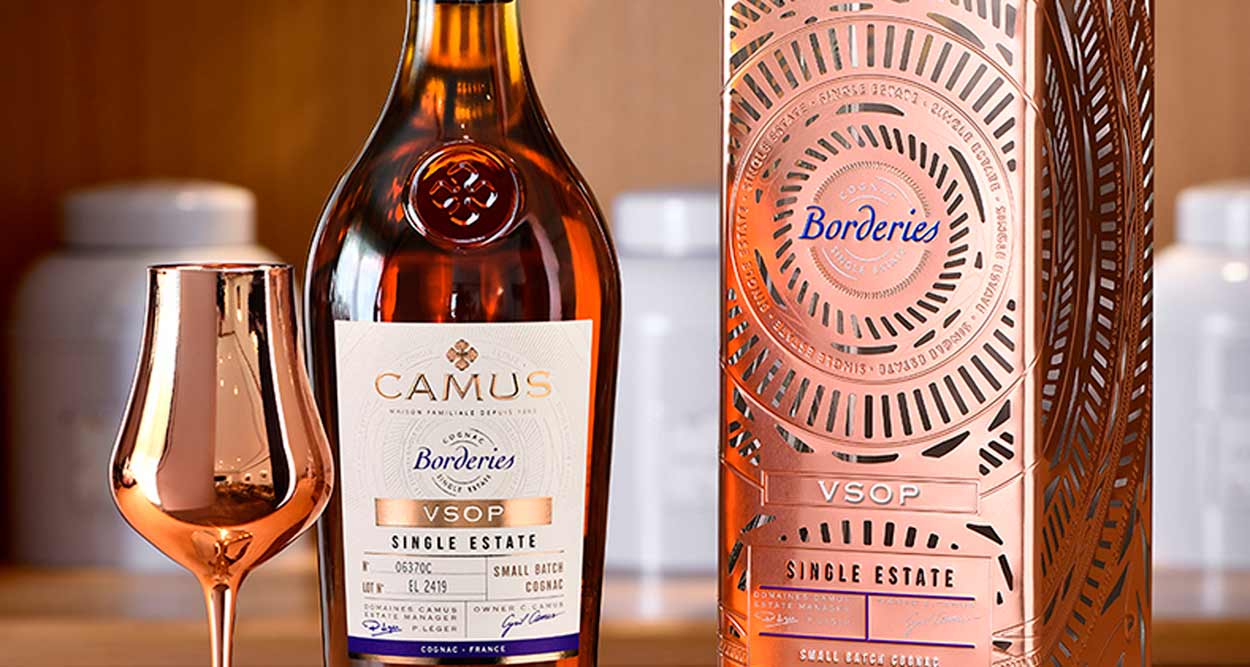 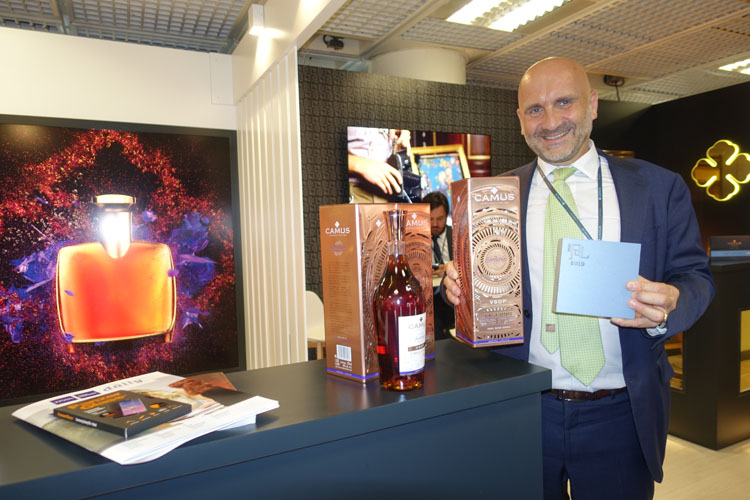 Cognac Camus VSOP Borderies was the winner of the Coffret Vins et Spiritueux award (Wines and Spirits Gift Box) at the 21st edition of the Formes de Luxe Awards on October 1st, 2019, in Monaco, an international competition that recognizes the innovation in luxury goods packaging, initiated by the magazine of luxury packaging Formes de Luxe. Maison Camus was presenting its range of nectars at TFWA-WE 2019 in Cannes. 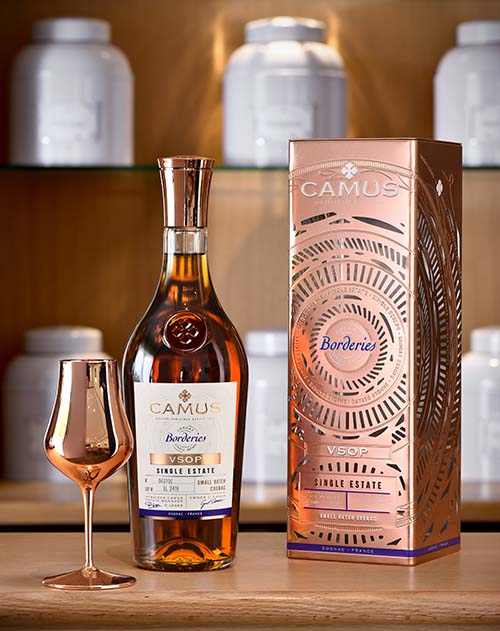 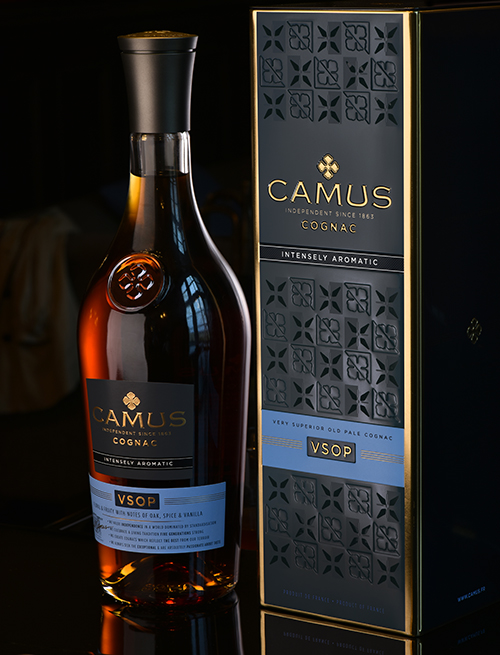 Camus called upon the manufacturer Virojanglor – packaging designer and publisher in luxury and spirits markets – for the realization of its new design. The metal case developed for the VSOP Borderies uses the emblematic motif of the metal label of the Camus bottles. Thanks to its expertise, Virojanglor has preserved the details of the fine engravings and the perforation thanks to a millimetric adjustment of the different elements, realizing a real lace on the 3 faces of the box. A technical and artistic performance that gives the canister all its rigidity despite the large openwork metal surface to provide visibility of the bottle through its case. 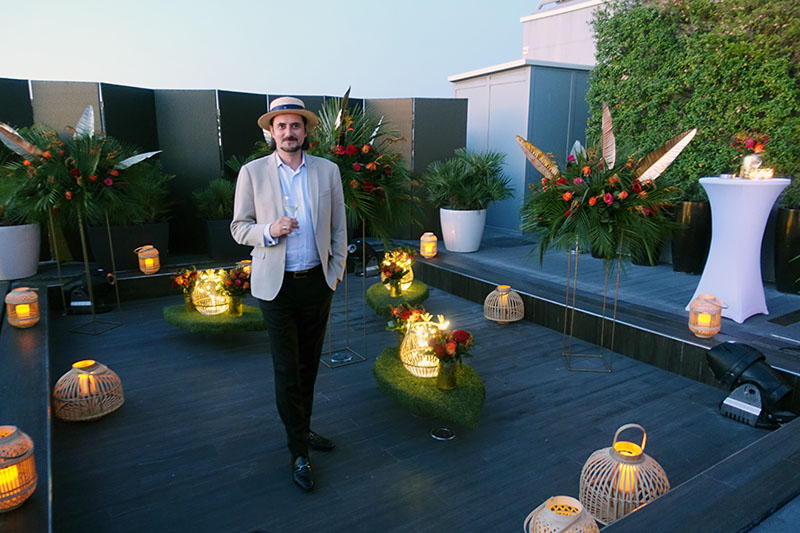 Copper tones, a tribute to stills

The stylized and perforated metal box takes the colors of the usual glass and case packaging – black, gold, lavender blue for the VSOP and copper, white and purple for the VSOP Borderies – while adding an elegant touch of finesse and lightness. Like a partially open jewel case, revealing the mahogany reflections of the precious eaux-de-vie in the bottle inside, the choice of colors and the triptych effect of these boxes contribute to a strong impact on the shelf. The VSOP Borderies box, awarded by the jury for the Formes de Luxe 2019 prize, is adorned with copper tones, a tribute to the stills that are the source of the Instensity distillation process, which enhances the remarkable natural flavors of violets, characteristic of wines from the Borderies vintage. 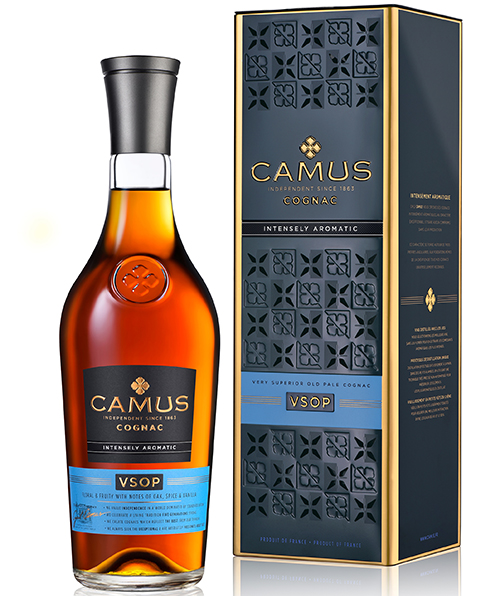 Founded in 1863, owned and run by the Camus family for five generations, Maison Camus is passionately defending the strong and avant-garde values ​​for the development of exceptional quality Cognacs that offer a unique taste experience. Today, the independent Cognac Camus house cultivates a passion for exceptional cognacs, using a patented process of tailor-made distillation. The “heads” are extracted and tasted liter by liter, in order to select those that concentrate the most aromas, and to reintegrate them in the heart of the distillate to produce intensely aromatic eaux-de-vie. This method, unique to the House, allows to create rich-in-flavors cognacs and makes Camus the most awarded brand by international juries. 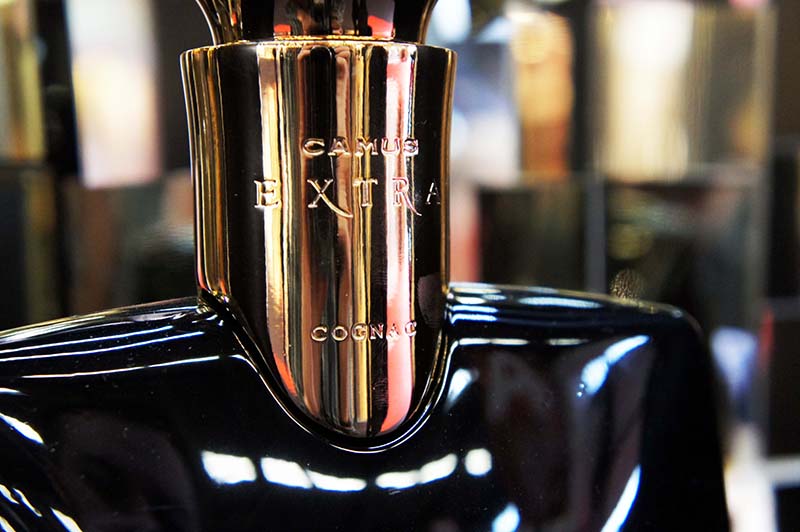 A wide range of brands of wines and spirits

Under the leadership of Cyril Camus, Maison Camus now employs more than 300 people in eight countries and three continents and has subsidiaries in China and the United States, as well as local teams in Russia, China and the United States, the United Arab Emirates and Hong Kong. Today, Camus Wines & Spirits is an independent international distributor offering a wide variety of brands of wines and spirits, such as Chinese Baijiu Kweichow Moutai on the international Duty Free market, Château Loudenne wines and Lambay Irish Whisky, among others. In 2017, Camus received the Entreprise du Patrimoine Vivant label, which rewards French companies with craftsmanship and industrial excellence. 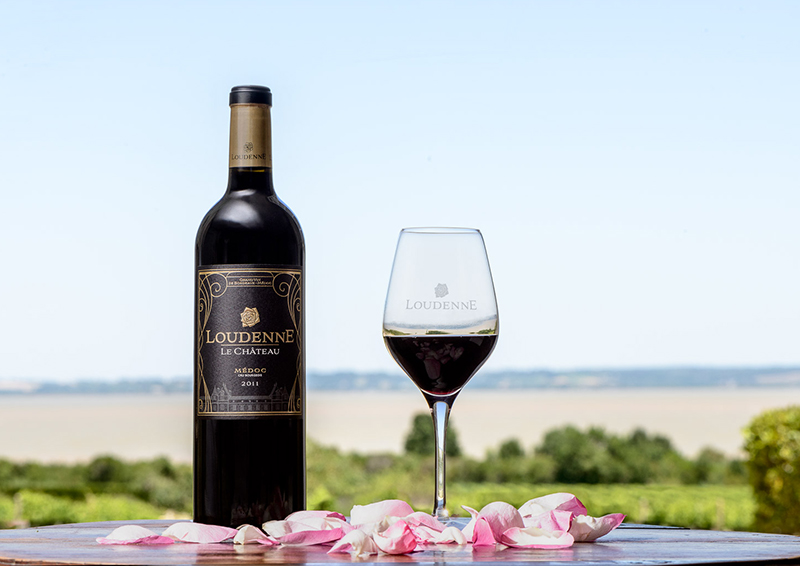 At TFWA-WE 2019, Château Loudenne hosted an evening for Tax Free delegates on the rooftop of the Radisson Blue Hotel. Château Loudenne is a domain in Saint-Yzans that has lived through the history of Médoc and is now owned by the Chinese spirits group Kweichow and Camus Wines & Spirits. Located 6 kilometers from Saint-Estèphe, Loudenne is a terroir of 132 ha including 62 ha of vineyards where Merlot, Cabernet Sauvignon, Sauvignon Blanc, Semillon bloom in the immediate vicinity of the banks of the Gironde. Marketed by Camus, the wines are available in red and white and two emblematic cuvées: Le Château and Les Folies. 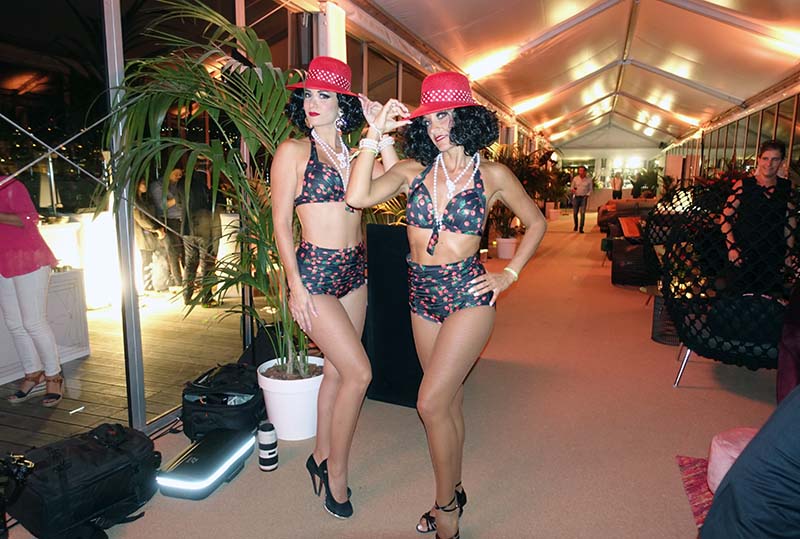 Château Loudenne Médoc, Cru Bourgeois, is regularly rewarded for its quality and character, as well as the second wine, Les Rives de Loudenne. Château Loudenne Bordeaux Dry white is an exceptional wine in Médoc since 1880. Pink de Loudenne, a Bordeaux Rosé, owes its name to the rose garden, the garden and the color of this famous Pink Château. The vines are organically cultivated in in a domain certified in High Environmental Value for a better respect of the nature, with green harvesting and a stripping of the leaves to offer as much sun as possible to the berries. In Loudenne, visits of the estate and wine tastings are free for individuals, without reservation, from April to October, to keep the estate in the heart heritage of the Maconnais. 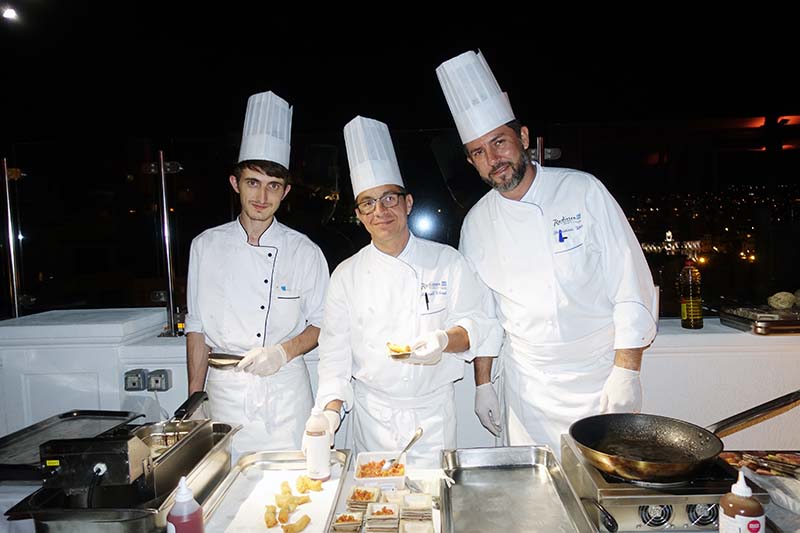 Château Loudenne is first and foremost a magnificent 17th century chartreuse bordering the Gironde, called the Château Rose for the color of its stones and its rose garden. Loudenne is also a must of beauty thanks to its exceptional situation and its magical view over the Médoc estuary. In the heart of the Medoc and on the edge of the Gironde Estuary gives it its reputation. This 17th century chartreuse is one of the few wine estates to have its own private port and to count in its garden a collection of roses. Andwhen visiting this terroir of 132 hectares, a real land of excellence, we can only be carried away by the beauty and magic of the place. 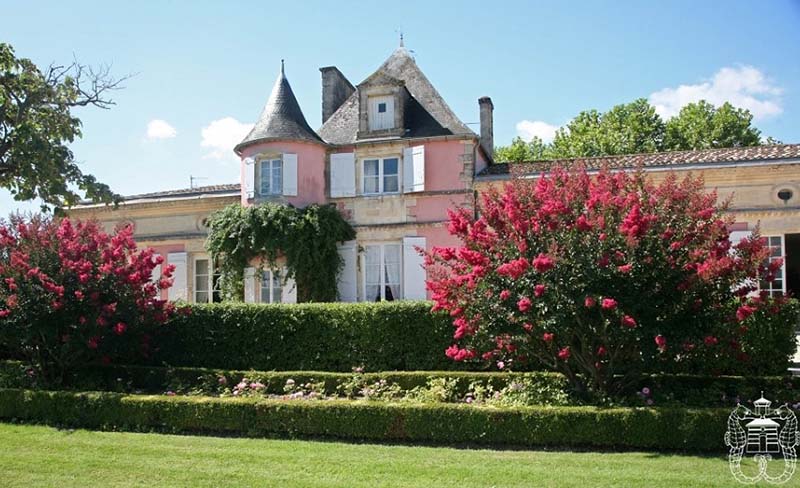 Co-owned by Kweichow and Camus

It’s also a beautiful 300-year-old story. Château Loudenne prestigious past owes much to two British wine merchants: Alfred and Walter Gilbey, In 1875, two lovers of life and beautiful things, together decide to make the property their home port. For 125 years, the Gilbey family will build the reputation of the vineyard and make Loudenne an inevitable place of life and reception. It is said that history is an eternal recommencement… Now jointly owned by Kweichow, first group of spirits in China and Camus, the largest independent family home in Cognac, Loudenne has returned to his past glory and today finds the pomp that was his yesterday. The arrival in 2018 of Philippe de Poyferré, Director of Loudenne and Project Manager, led the resurrection of the Château and the winery. 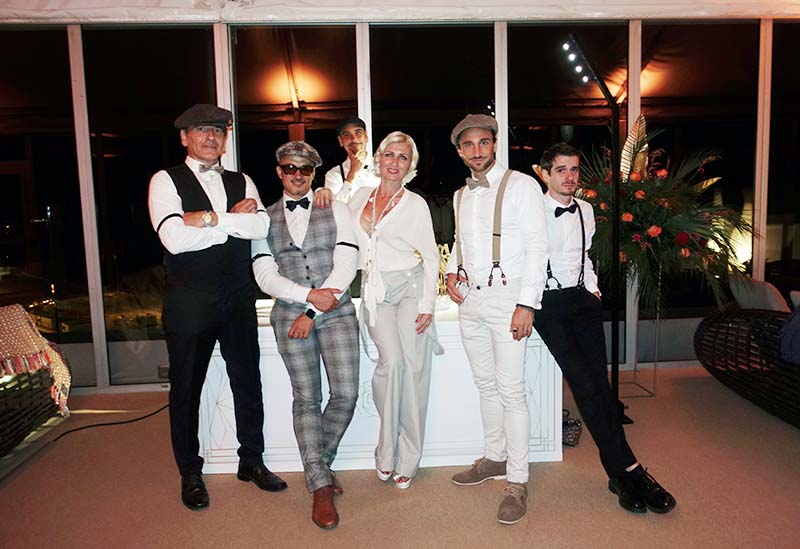 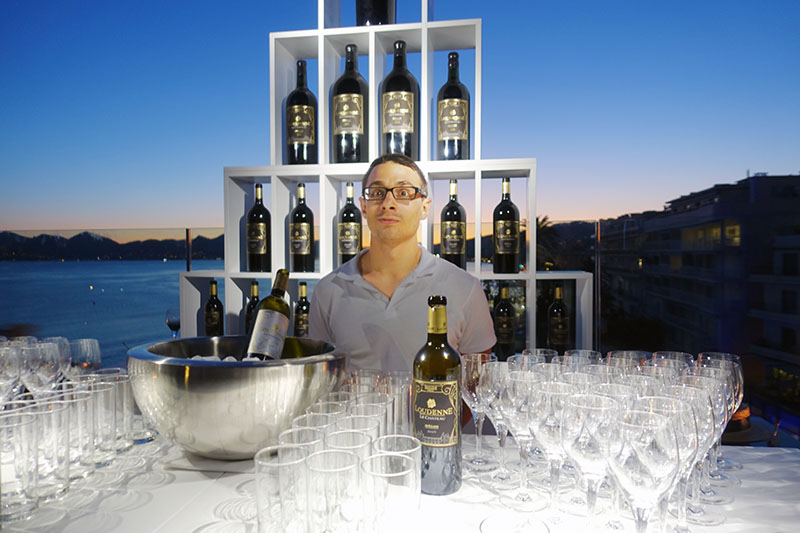 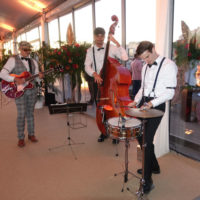 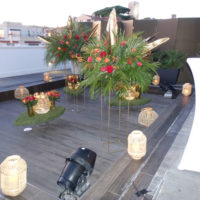 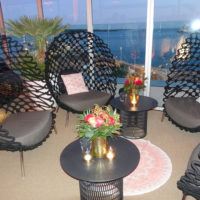 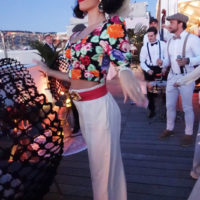 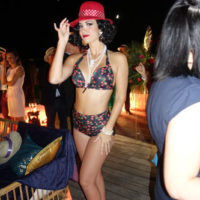 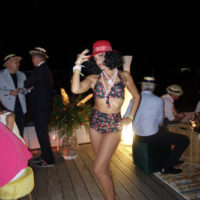 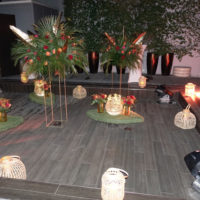 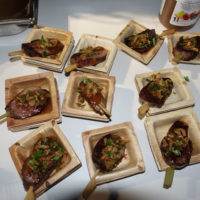 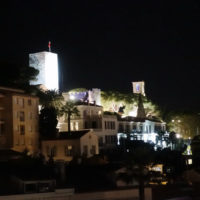 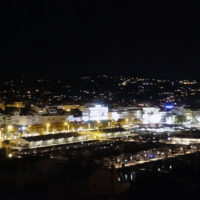