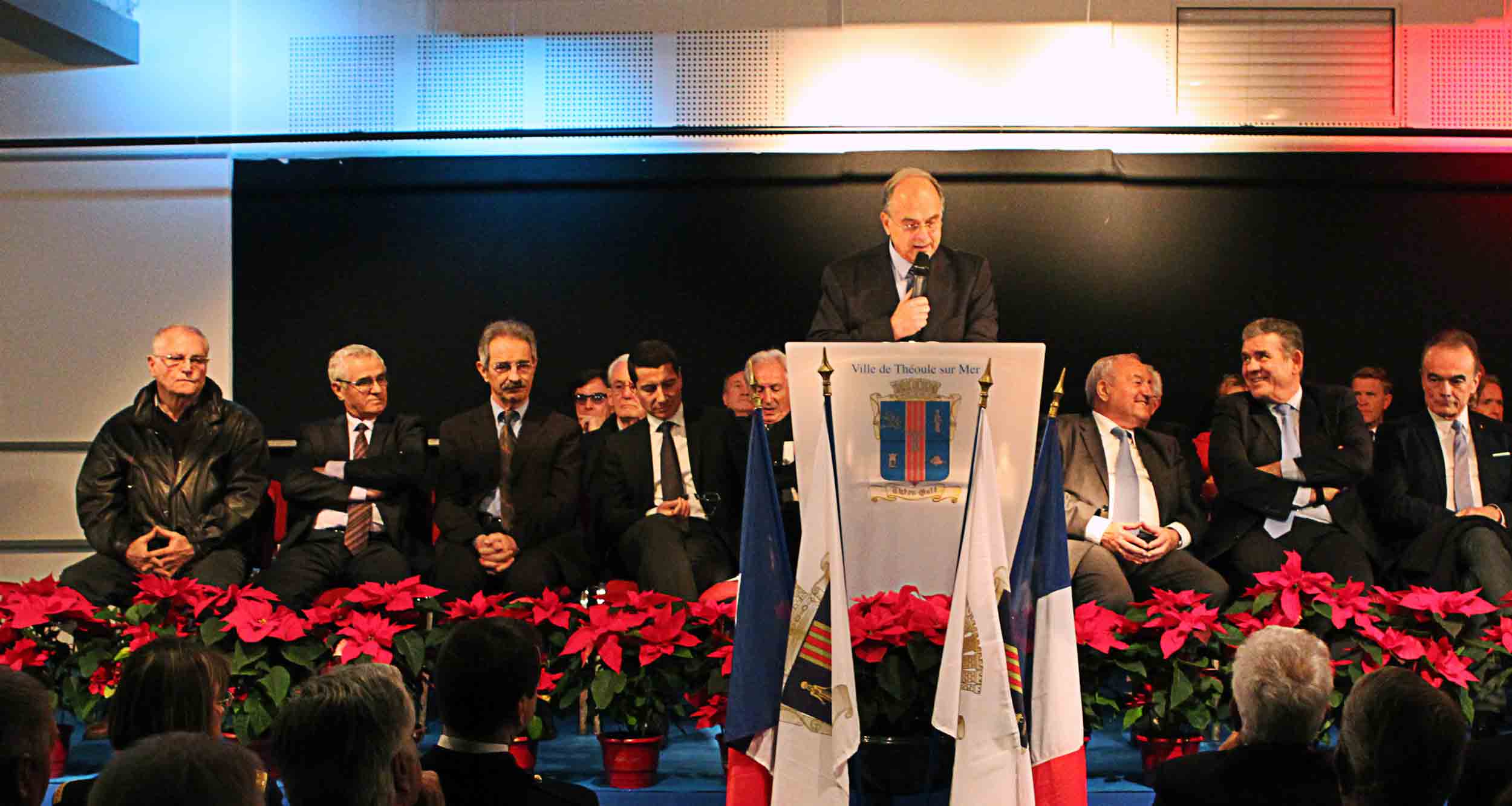 The Espace Culturel of Theoule sur Mer was packed for the traditional greetings ceremony by Mayor Daniel Mansanti and municipal team on January 10, 2014.

Many elected officials had come to surround and listen to the Mayor of the commune including Mr. Jehan -Eric Winckler, Vice-Prefect of the Alpes-Maritimes, Mr. Bernard Brochand, Mayor of Cannes and President of the Community of Agglométations of Pays de Lérins, Mr. David Lisnard, First Deputy to the Mayor of Cannes, Mr. Henri Leroy, Mayor of Mandelieu La Napoule, Mr. Richard Galy, Mayor of Mougins, Mr. André Roatta, Mayor of La Roquette sur Siagne, Mr. Jacques Varonne, Mayor of Auribeau, Mr. Peter Van Santen, Consul of the Netherlands…
During his speech, Daniel Mansanti was particularly pleased to welcome all the Théouliens and Théouliennes at the Cultural Center that the city strives to liven up with multiple events. He recalled that the wishes ceremony is often an opportunity to make good resolutions, especially in these times of economic and political crisis.
He said he was pleased that the project of Intercommunality “Les Pays de Lérins” was undertaken: “What brings us together must be stronger than what divides us. We created a Council of Mayors and arbitration : 1 Mayor, 1 vote. In this particular national climate, together we will stand, hope, work, have ideas, imagine, invent, be bold in some way.”
He welcomes that in 2013, all major projects programmed materialized through the efforts of the municipality and especially that of Port Village which was inaugurated on October 18, the facilities implemented for nurseries and schools, the improvement of security through the video surveillance, the fire safety, the Mediterranean 2000 Association for its work on environment.

Daniel Mansanti also spoke of the future, especially that of the beaches, for a coastal city like Theoule, a city geared towards the sea and tourism, must preserve what makes its wealth and the jobs of tomorrow, and continue the natural heritage protection for children to continue to live in harmony with nature.
He then thanked Mrs Evelyne Colle, director of the county film commission, for having be fallen in love with Theoule and choosing its breathtaking landscapes of natural beauty for filming the first episode of “Section de Recherches”, to be released in the spring.
Daniel Mansanti then congratulated all the volunteers and members of associations for the 60 events the city had organized, including the Telethon which raised over 80,000 euros, and the director of the Tourist Office, Mrs Brigitte Scarinci, for having implemented a summer shuttle, the TucTuc.

Having praised the work of staff of the municipal administration, the Mayor finished with a thought for all families in difficulty and extended all citizens his best wishes for health and prosperity. 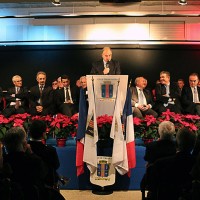 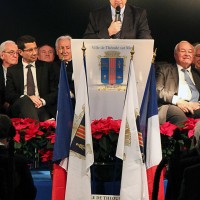 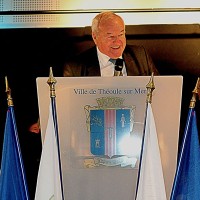 Bernard Brochand, Mayor of Cannes and President of the Community of Agglométations of Pays de Lérins