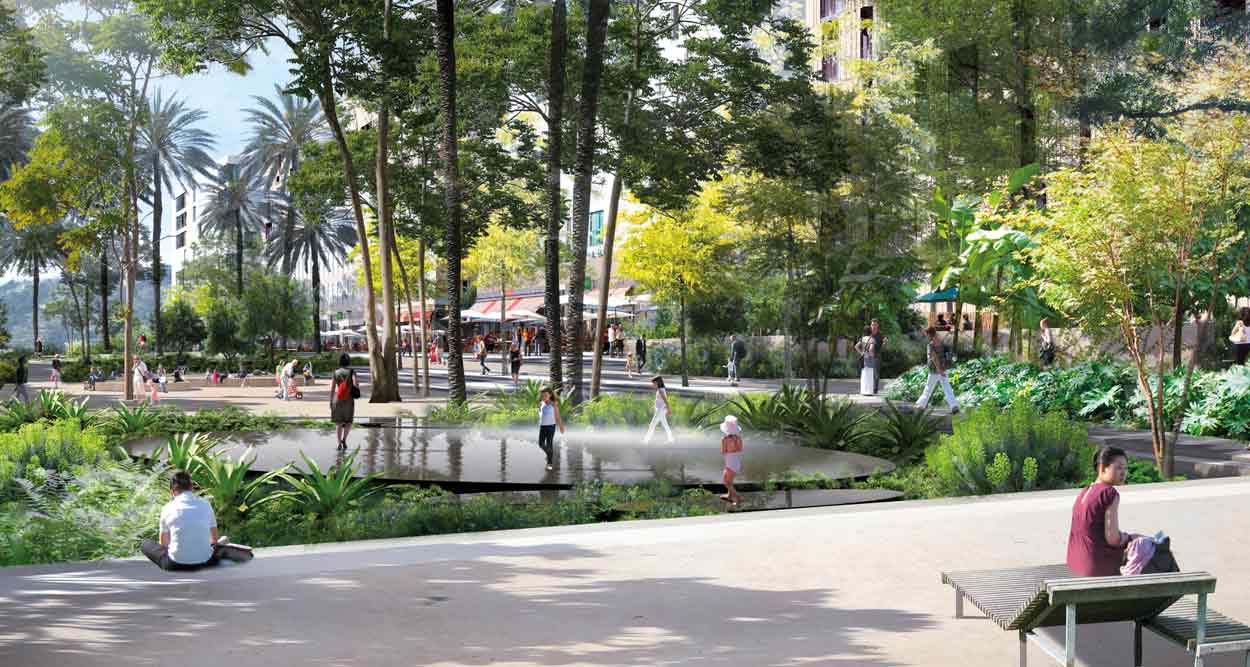 Between the Alps and the Mediterranean, the Var river flows on 114 km through gorgeous landscapes and fabulous sites. It the end of its course, it widens to become the Plaine du Var. On the left bank of the estuary, the International Nice Côte d’Azur Airport – the second in France – welcomes each day thousands of passengers from around the world.

Eco-Vallée, between sea and mountains

The development of the largest French territory, the Eco-Vallée, today spans on an area of nearly 10,000 hectares. The metropolis Nice Côte d’Azur is therefore involved since 2009 in a true economic transformation to become a benchmark for service development and make of Nice (5th largest city in France) a smart and sustainable city.

Major projects of the 2000s

Nice has already completed the development of major infrastructure projects: the Allianz Riviera stadium, the Promenade du Paillon, the tramway west-east line. The implementation of the large tomorrow’s Eco-Vallée results in new and diversified real estate offers, accompanied by the European Centre for Enterprise and Innovation. The Centre is an incubator that helps new innovative businesses by hosting them and supporting their development.

The Eco Vallée  at MIPIM

The EPA Eco-Vallée Plaine du Var and the Metropolis Nice Côte d’Azur presented on a 250 m2 stand at MIPIM the real estate tertiary offer provided by Eco-Vallée, especially on the perimeters of the Grand Arenas and Nice Meridia, whose models and real-time 3D applications exposed the assets.

The future projects of Nice Meridia

The EPA Eco-Vallée presented the Ilôt 2 in Nice Meridia, a 12,000 m2 building of offices in the heart of the multimodal hub with BNP Paribas as future developer and the architect Marc Barani, winner of the 2013 Grand Prix of Architecture. The Ilôt 2 will also include a 6,000 m2 building with 600 m2 of shops on the ground floor along the Avenue Simone Veil. It will be built by Pitch Promotion in collaboration with the architectural firm Nicolas Laisné Associés.

Christian Estrosi and Christian Tordo, President of the Public Establishment of Development of the Plaine du Var, took the opportunity of MIPIM to formalize the first program of urban technopole The Crown – a part of the Ilôt 3 – before an audience of one hundred professionals and the presence of Christian Devillers, urban architect in charge of this innovative concept.
This formalization resulted in the signing of a sale agreement between Pascal Gauthier, CEO of the EPA Eco-Vallee Plaine du Var and Vinando Var, Program Director of Foncière Artéa.

Nice Meridia is an area for development and training in the fields of environment, green growth, health and mobile services, in synergy with the skills installed in Sophia Antipolis.
Nice Meridia combines urban quality and diversity of functions for combining housing assets, training and research enterprises, shops and local services. The urban technopole Nice Meridia is the ideal destination for implantation in an urban environment of high quality, high environmental performance catalyst for innovation.
The 11,000m2 of offices in Nice Meridia, available this summer, will house – among others – IBM and EDF.
Nice Meridia is now with the Grand Arenas, the heart of the Operation of National Interest Eco-Vallee initiated by Christian Estrosi, President of the Metropolis Nice Côte d’Azur. 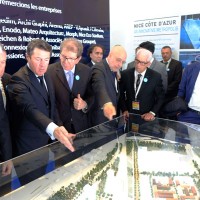 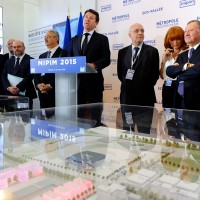 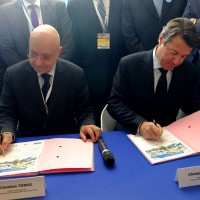