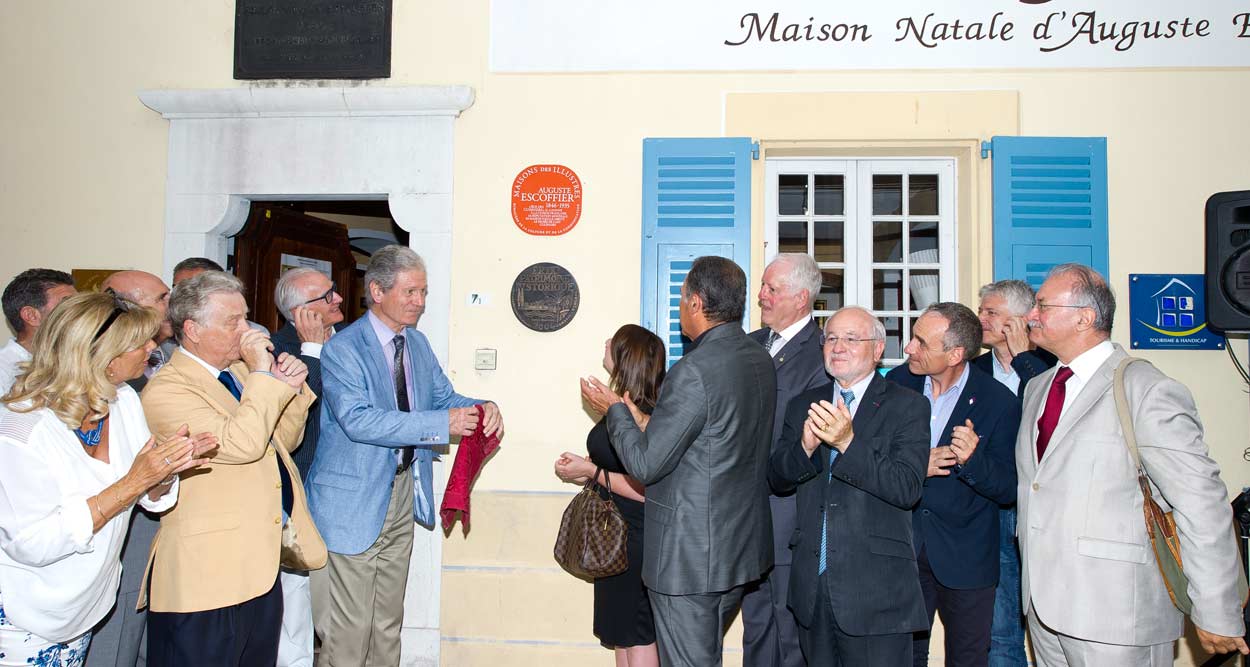 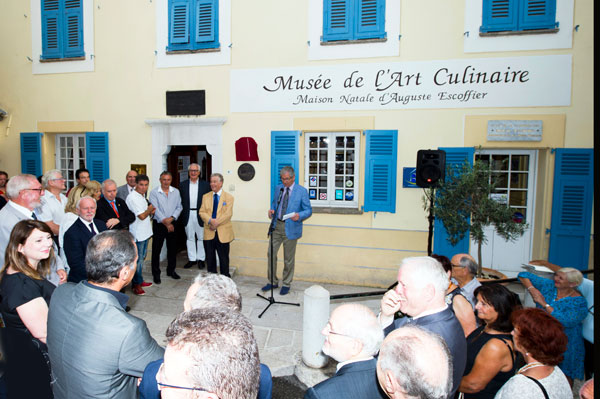 Labeled Maison des Illustres, the Escoffier Museum of Culinary Art in Villeneuve Loubet Village brought together many chefs and personalities for the unveiling of the plaque.

The Escoffier Museum of Culinary Art in Villeneuve Loubet – Auguste Escoffier’s native home – has just been labeled Maison des Illustres (House of the Illustrious) by the French Ministry of Culture and Communication. This tribute to the memory and the imprint left by the illustrious chef in the global gastronomic history, honors his contribution to the cultural influence of France.
A plaque unveiling ceremony was held on June 21, 2017, attended by many chefs and personalities from the culinary world, in the presence of Mrs Jennifer Salles-Barbosa, Regional Councillor and President of the Tourism Commission, representing the President of PACA Region, Renaud Muselier, Mayor Lionnel Luca and Michel Escoffier, President of the Auguste Escoffier Foundation and great-grandson of the King of Cooks and Cook of Kings. 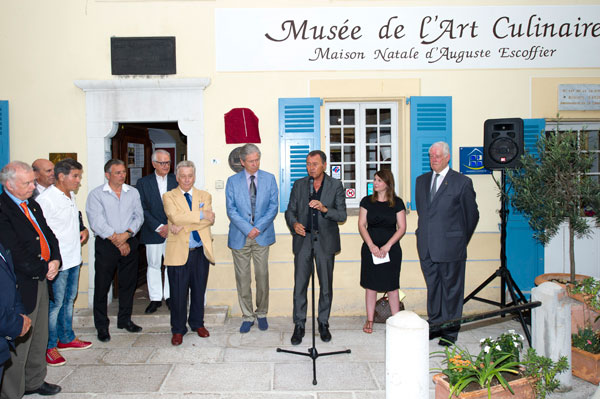 Located in the heart of the village of Villeneuve Loubet, the Escoffier Museum of Culinary Art honors the Art Culinaire through Auguste Escoffier‘s rich history, a great culinary personality who made decisive advances in a very difficult profession that requires the greatest gift of self to offet the best to others. The label Maison des Illustres aims to enhance the museum, to point it out as a place whose vocation is to preserve and transmit our heritage through the memory of a great cook, a personality who has illustrated himself in the cultural history of France. This label guarantees a quality cultural program, and attests to the authenticity and originality of the museographic content. 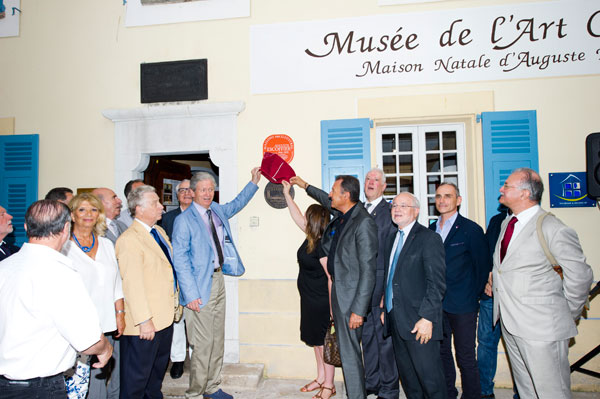 The museum of the illustrious Auguste Escoffier corresponds to two objectives of importance for the territory: to value the considerable work of this great Chef whose culinary art makes of France a world reference and allow the French Riviera to stand out in a non-delocalizable area, thus participating in the economic development of the region and the department, where culinary art is celebrated on many tables and makes it fame and attractiveness. The Escoffier Museum of Culinary Art thus contributes to the development of the tourism sector, an essential activity for the prosperity of the territory. 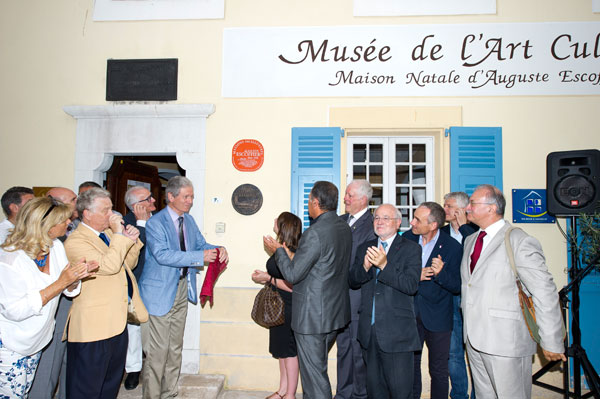 A profession of exigency and passion

The contribution of Auguste Escoffier – born in Villeneuve-Loubet on October 28, 1846, died in Monte-Carlo on February 12, 1935 – to the culinary world is considerable. When he was a chef at the Headquarters of the Army of the Rhine during the War of 1870, he was thinking of ways of preserving food and make fast but balanced meals. With his keen sense of organization in the kitchen, the great chef innovates in efficiency by inventing the system – still in force today – of brigades with chefs de partie and imagines new cooking utensils to facilitate their tasks.
His commitment in favor of culinary art is global, and he puts forward mutual assistance, which is essential for this profession of exigency and passion. He created the first Mutuelle des Cuisiniers in Great Britain in 1903 and also conceived the first major charity dinners. 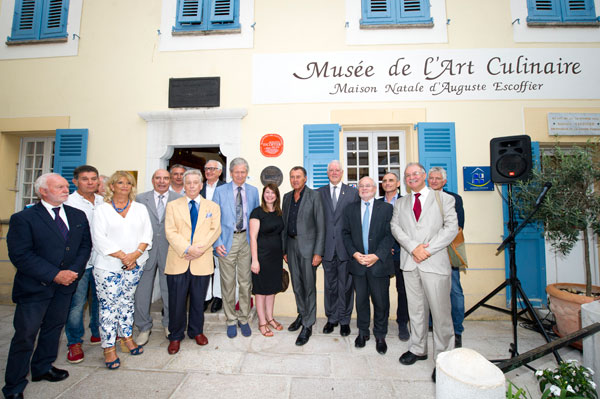 The Maison des Illustres Label is issued by the Ministry of Culture and Communication and awarded for a renewable five-year period.