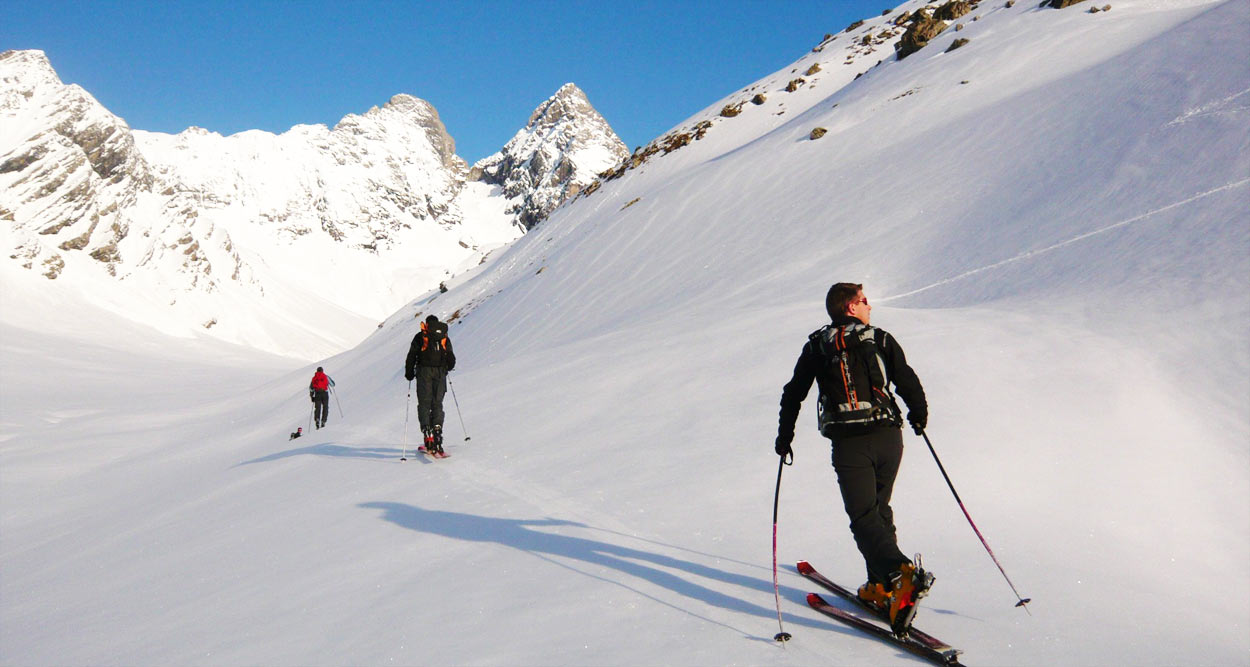 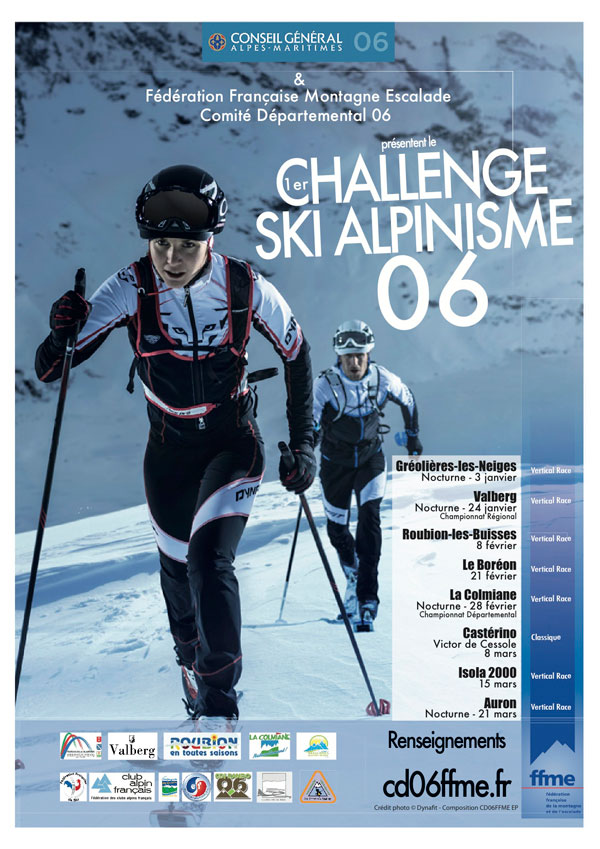 The General Council of the Alpes-Maritimes, the Fédération Française Montagne Escalade and the Comité Départemental 06 present the first Challenge Ski Alpinisme 06.

As part of the Sports Nature 2015 events, the General Council of the Alpes-Maritimes, in partnership with the French Federation of Mountain and Climbing (FFME) proposes the first Challenge Ski Alpinisme 06f rom January 3 to March 21, 2015.
This new competition will take place in the Mediterranean hinterland. The beautiful and unique Mercantour ski area, a Mediterranean gem, will become throughout the winter season the theater of sporting events combining skiing and mountaineering.

Ski mountaineering, also called cross-country skiing, is the ideal sport for nature lovers. Ski mountaineering consists in skiing through mountain trails, chaining climbs and descents, using skis equipped with a movable fixing when climbing – as in cross country – and blocked during the descent – as in alpine skiing.

The Challenge Ski Alpinisme 06 races will mainly come as Vertical Race – “Montée Sèche”. Thus, the specific focus will be on achieving an uphill only mountain trail.
In the beautiful scenery of our department, the first edition of the Challenge Ski Alpinisme will be contested over 8 dates.
The various events of the competition will take us to Valberg for the Regional Championship, to the Boréon during the weekend of L’Échappée Blanche, to La Colmiane for the Departemental Championship or to Isola 2000 and Auron, for a final test at night.
These races, which will join the Cime du Cheiron, the Crête de Piagu or the Pic de la Colmiane, will be made on distances between 3 and 5 km with elevation changes of about 500 meters.
The first event of the Challenge, on 3 January, 2015, will be La Route des Vins du Cheiron, a night race, type “Vertical Race” with 505 m elevation change at the ski resort of Gréolières les Neiges. 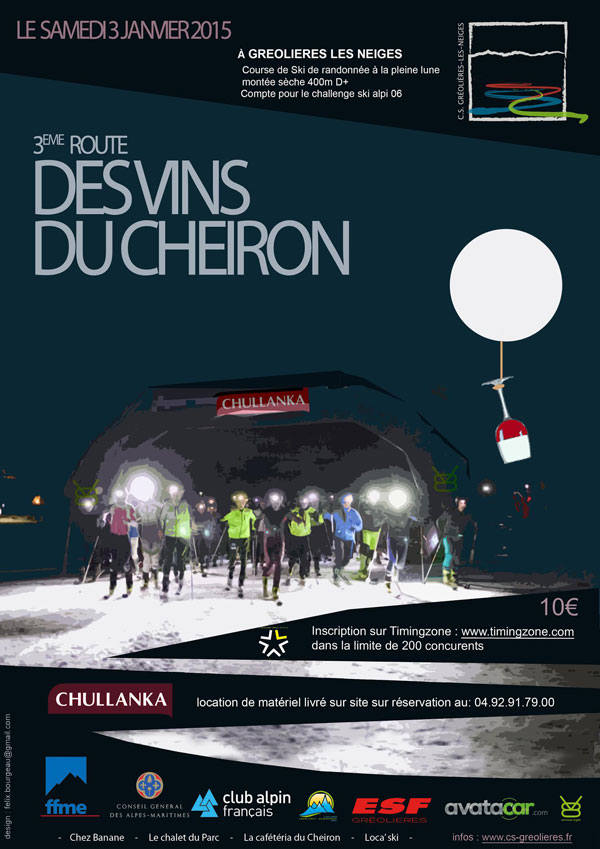 The Alpes-Maritimes, land of sports

The Alpes-Maritimes department has 240,000 licensees across all sports and 2,500 clubs. The General Council is involved in sport and contributes to reinforcing the practice of sports by highlighting the incomparable natural assets of its territory. On all seasons, it organizes large scale sporting events, from the sea to the mountains.

In the mountains and at sea

The General Council is a partner of L’Échappée Blanche at the Boréon, the Journées Verticales du Département, the Transvésubienne, the Challenge Trail Nature 06, or the Enduro Giant at the doors of the Mercantour.

The General Council also participates in the Handivoile Summer Tour, the Voiles d’Antibes, the Régates de Nice – Villefranche sur Mer – Trophée Pasqui and the Cannes International Triathlon.
Many other sporting events and competitions await the competitors and the public in 2015, a year that will be under the auspices of the sports of nature.

The Regional Côte d’Azur Ski Committee is the official representative of the French Ski Federation for the 60 clubs affiliated from the departments 06, 04 and 83. One of its missions is to promote skiing and similar disciplines, the clubs and their volunteers. A recognized player in the life of the high country, it actively contributes to its growth with the organization of events and sporting events.