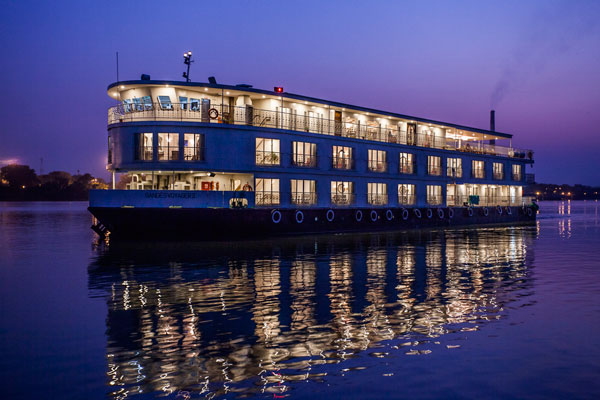 Ganges Voyager offers eight-day bewitching cruises on the Ganges, the most sacred river in India, in relaxation, luxury and splendor.

Ganges Voyager invites you to discover the most beautiful cities, villages, temples and forests of India along the sacred river Ganges from Kolkata (Calcutta). After the adventures in the captivating Indian culture ashore, at night come the time to relax in luxury on board the Ganges Voyager, where you can enjoy delicious cuisine inspired by local tastes while admiring the splendor of the shores. 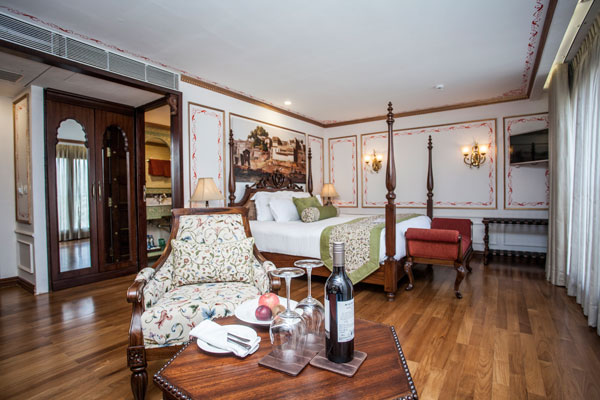 India, where two of the most widespread religions in the world – Hinduism and Buddhism – were born, captured the imagination and awakened the desires of visitors from Alexander the Great to Queen Victoria.
After playing a key role in the successful introduction of luxury train travel in India, Raj Singh, director of Ganges Voyager, dreamed of sharing the love of his country with the same euphoria he had experienced in a cruise on the waters of a lake when a child.
When he launched the cruise in 2009, Bengal Ganga was the first ship to sail from Kolkata (Calcutta) to Varanasi (Benares) since the advent of the railways, thus inaugurating the first long distance luxury cruise in India. 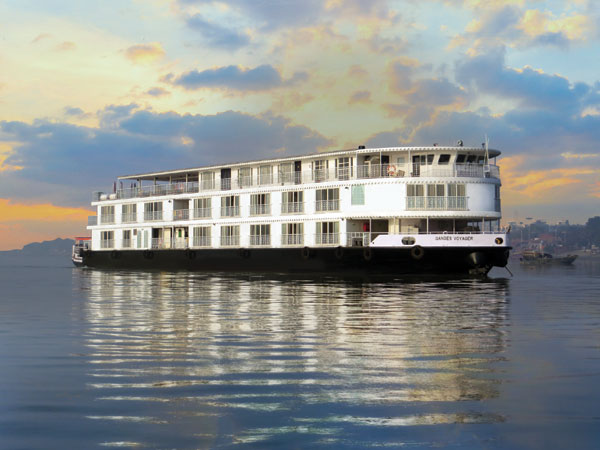 The Ganges, which has its source in the Himalayas and then flows into the plains, is the Hindus’ sacred river; its religious significance makes it a symbol of transcendence and plenitude, eternity and change. Bringing spiritual wisdom, its waters possess the virtue of purifying the believers’ body: immersion in the Ganges is washing away sins. And the scattering of ashes in the river is supposed to bring a better future life to the souls of the deceased. 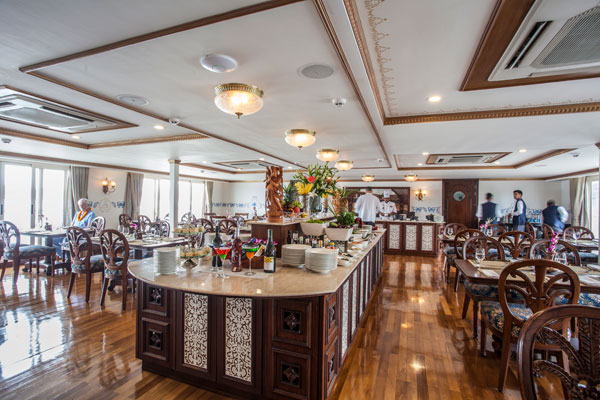 It is Shiva, the creator god with great power, the preserver, the transformer, who holds the source of the Ganges in his hair and releases it. During pilgrimages, the banks of the Ganges welcome Hindu devotees who bathe in its waters and practice meditation.
Several Hindu sacred sites are found along the banks of the Ganges, such as Haridwar, one of the seven sacred cities of Hinduism with Varanasi – formerly Benares, one of the oldest inhabited cities in the world. 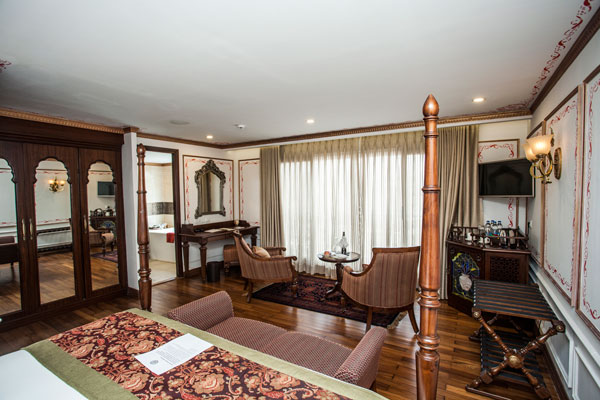 Today, the ships – the Ganges Voyager and the Ganges Voyager II – designed in a Mongolian Empire, British Colonial or Art Deco inspiration, offer a feeling of old fashioned luxuriousness but with a contemporary technology and environment concern. The ships, decorated with sumptuous Indian textiles, are equipped with a spa, a fitness center and a craft shop. The staff is experienced and the delicious food, Indian and European, is tasted in a dining room overlooking the river. 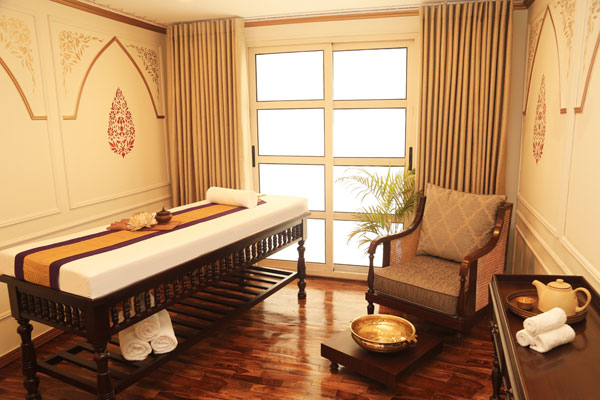 The ships offer various cabins suites between the Maharaja, Viceroy, Heritage, Colonial and Signature Suites, located on the upper or intermediate bridges.
The 7-night itinerary begins and finishes at Kolkata. Over eight days, you will visit destinations across nine cities, many of which have rarely been seen by strangers.
Land extensions to Delhi or Varasani and / or the golden triangle of Jaipur, Agra and Delhi, are available to enhance your experience of India.

Click on pictures to enlarge – ©Ganges Voyager – All rights reserved 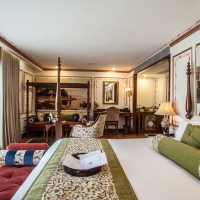 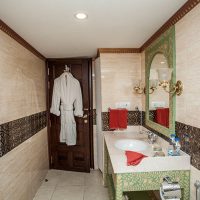 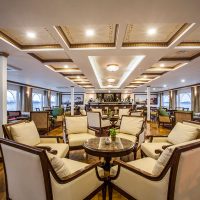 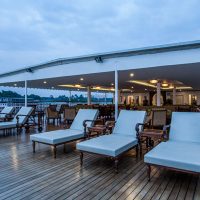 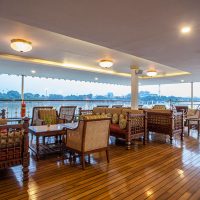 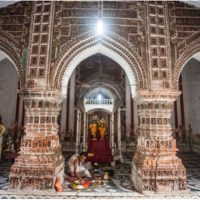 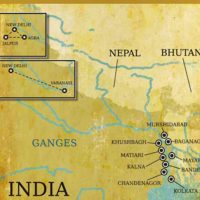 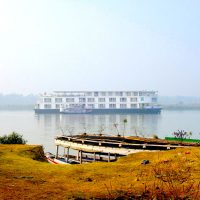