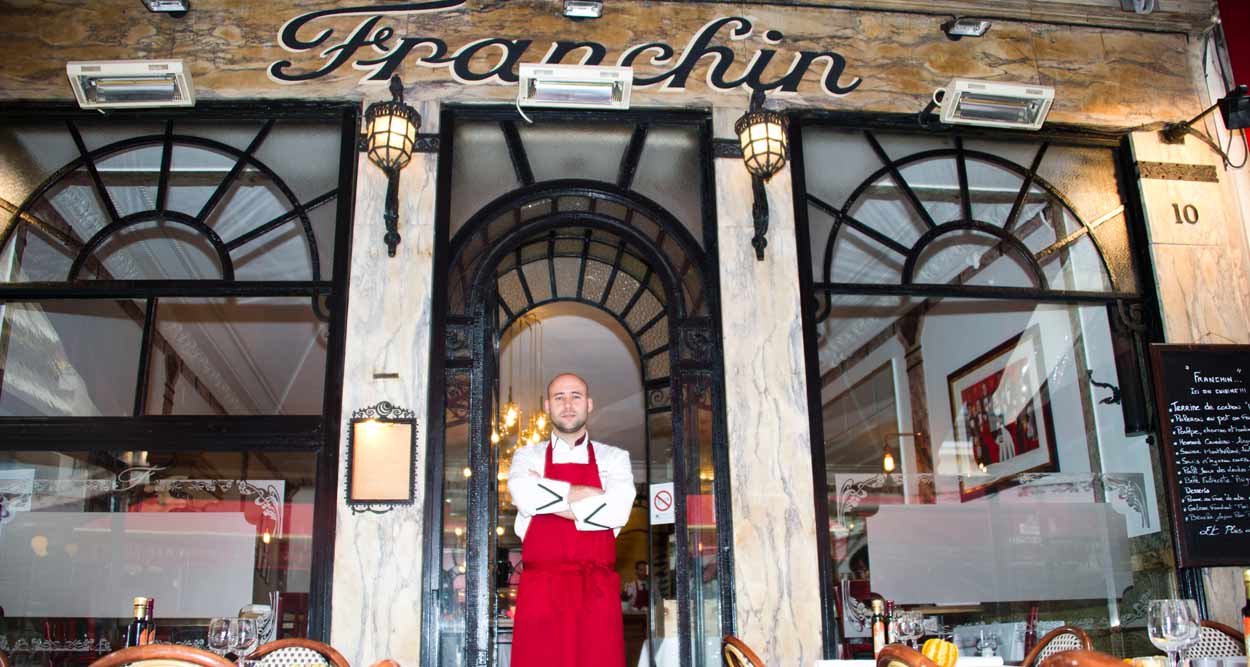 History of Gastronomy at Restaurant Franchin in Nice 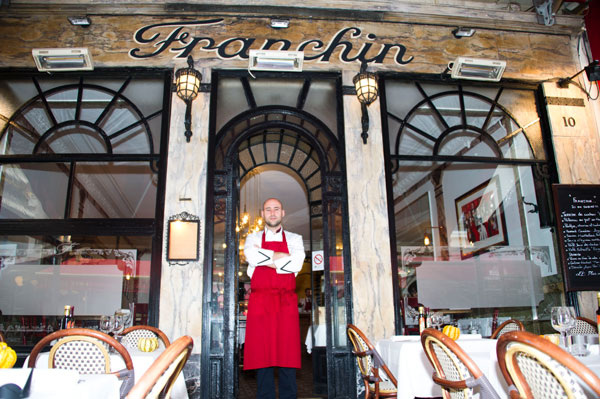 Antoine Gandon entered fully into a place steeped in history that stands out in the Nice pedestrian area, frequented by an international clientele. A few works of refreshment were enough because the Restaurant Franchin, opened in 1905, had the soul and decoration of a Parisian bistro typical of the Belle Epoque. The institution offers a journey through a blessed time in the history of Nice with its double wrought iron entry, its dining room with walls of Italian marble, its beautiful old floor tiles, its soft lighting and old posters and its burgundy padded benches.

At the kitchen of Restaurant Franchin, the young chef Antoine Gandon has everything to succeed. A career path punctuated with prestigious addresses, with the greatest chefs in the world. After the hotel school in Nice, he began his career at the Hotel du Golf in Deauville, then followed the Meurice in Paris, t he 5-star palace in Cannes, the Hotel Majestic Barrière, the Ritz in London, the Sofitel Water Tower in Chicago, the Métropole Palace in Monaco with Joel Robuchon and New York and Vancouver with Daniel Boulud. Back in France he worked at the Cheval Blanc in Courchevel and Le Meurice.

After 10 years of this nice career path, the thirty-years-old young chef fell under the spell of the Restaurant Franchin. He decided to settle down on the French Riviera, especially in Nice, near the place where he learned his craft and discovered his passion for good cuisine, the famous Hotel School Paul Augier. Wishing to “see some flame” rather than continue his career in prestigious hotels and restaurants, he preferred to open his own establishment. 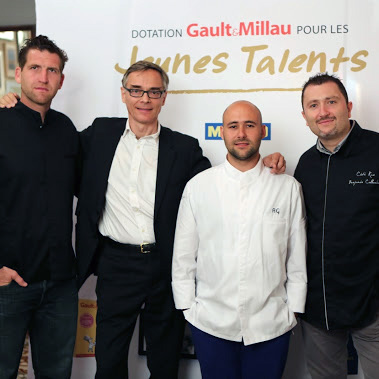 Gault & Millau, which is not only a guide but also a gifted talent chefs spotter, honored Antoine Gandon in 2014 by giving him a Gault & Millau Young Talent Dotation presented only to three chefs in Provence Alpes Côt of Azur by prestigious sponsors (Kaviari, Champagne Feuillatte and Foie Gras Rougié, among others). Here is the Restaurant Franchin already adorned with one Gault & Millau Toque!

This are Antoine Gandon’s key words when he talks about his cuisine, because with a grandfather pork-butcher-delicatessen and a father, Maryan, who executive chef at the Majestic Barrière in Cannes (after the Fairmont in Monaco), Antoine continues the family tradition of simple and good, using quality products. For the young chef, the secret of the French cuisine is “a good product, well cooked and well seasoned!”
The “Collection Franchin” card he has created celebrates the true French cuisine in a bistro style.

A taste of your childhood 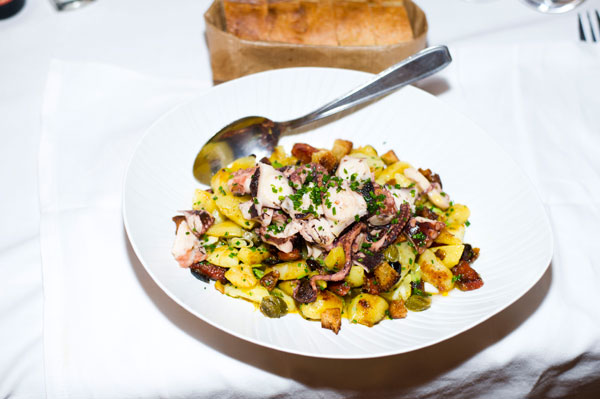 On the Restaurant Franchin menu, Andre Gandon offers dishes that reminds us the cuisine of our mothers and our grandmothers, brought up to date. As entrées, we find the grandfather André pork terrine – after a 1962 recipe found in an old notebook in which he recorded his culinary secrets.
Large burgundy snails with finely prepared parsley butter accompanied by mouillettes with a reduction of Burgundy or, in gourmet tribute to the Mediterranean, a delicious fish soup flavored with saffron.

The Collection Franchin includes a “season”section. Autumn is here with its mushrooms, hence the “well-behaved” scrambled eggs (organic) with a fricassee of girolles and chicken jus. Another dish brought up to date with a modern twist: the braised endive with orange slices, parmesan cream and Paris ham sticks.

The Big Blue inspired the chef a typical dish of the region, simple and tasty: the octopus with potatoes, roast chorizo and Nice seasoning. The sea also offers the organic Mediterranean sea bass, the whole Canadian lobster with linguine and its tarragon bisquette.
Th Earth inspired Antoine Gandon brasserie dishes like the Montbéliard sausage with Puy lentils or the yellow Red Label Landes chicken roasted with spices and home-made mashed potatoes

The ice cream is made by a craftsman, the Maison Fenocchio and the bread comes from Maitre Pierre.

Over the months, the wine list will evolve through the advice of a cellarman in the neighborhood and around the chef, a young and motivated team offers impeccable service, in the room and terrace.

The not-to-be-missed Restaurant Franchin is an oasis of French gastronomy in the Nice pedestrian area, where the most… “diverse” cuisines reign. 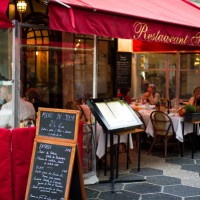 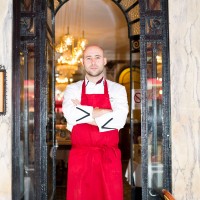 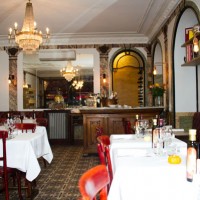 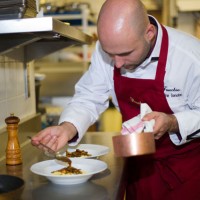 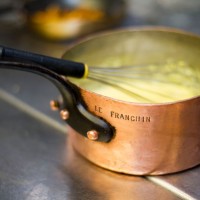 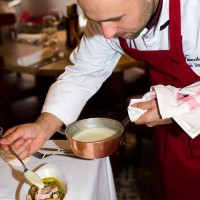 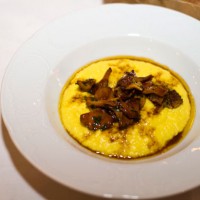 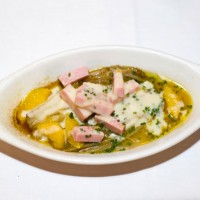 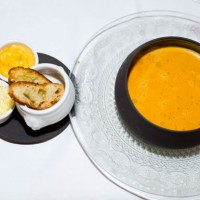 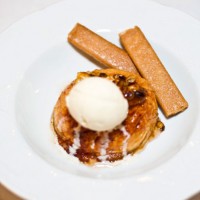 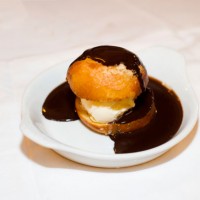 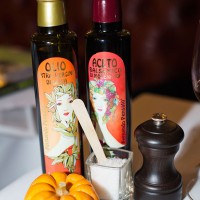 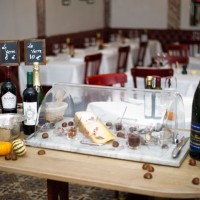 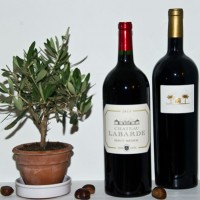 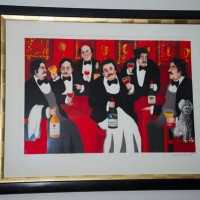 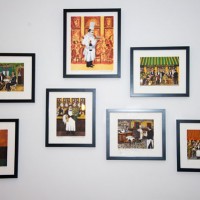 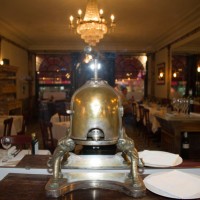 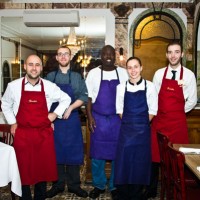 History of Gastronomy at Restaurant Franchin in Nice was last modified: November 24th, 2014 by tamel