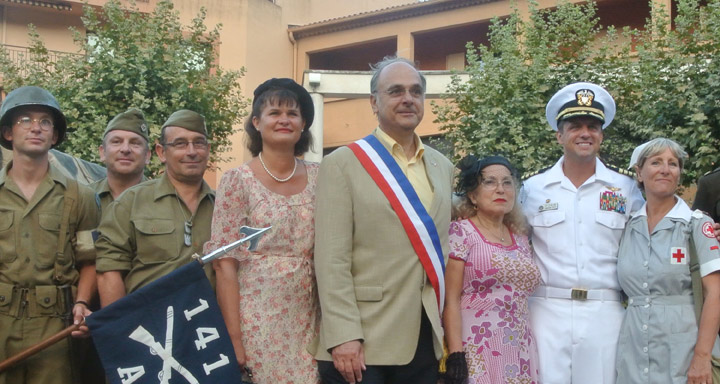 Landing in Provence Anniversary in Theoule 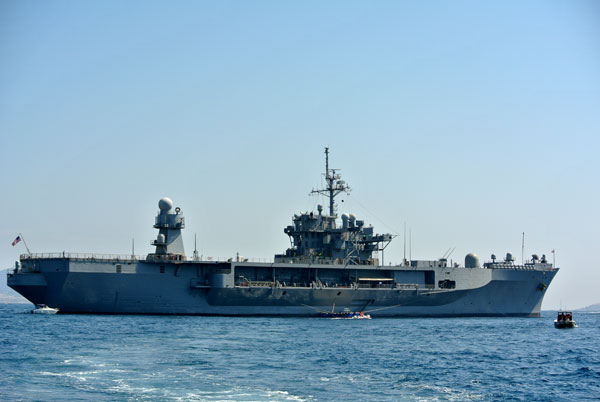 Theoule-sur-Mer was the only point of landing in Provence in the Alpes-Maritimes and on August 15, 1944, allied forces landed on the tip of the Esquillon to liberate the region. To commemorate this historic event, each ceremonies are held on 14, 15 and 16 August in honor of the soldiers who participated in the landing, in the presence of U.S. authorities.

On the occasion of the 69th anniversary of the liberation, the U.S. Navy ship “MOUNT WHITNEY” will be present in the bay of Theoule-sur-Mer. The flagship of the 6th Fleet in the Mediterranean is considered as the more efficient command ship in terms of computer communication and intelligence. With a capacity of 1,000 officers and sailors, USS Mount Whitney is advanced a command ship in a strategic position on the operating theater and is capable of carrying two helicopters and amphibious vehicles. Measuring 194 meters in length and 32.9 meters in width, she is equipped with an ultra-sophisticated equipment enabling her to ensure her mission of unity of command.

As every year on the anniversary of the landing in Provence in Theoule-sur-Mer, the Municipality provides the association “Cannes Historical Vehicles Groupement” the great hall of the cultural center that will host an exhibition of military antiques, old weapons, uniforms, decorations, postcards and all military objects. A Militaria fair will allow amateurs to meet and exchange.

Landing in Provence Anniversary in Theoule was last modified: August 26th, 2013 by tamel