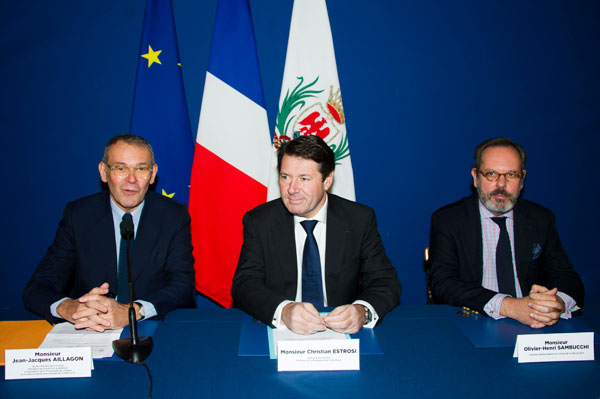 For the Summer Exhibitions, the museums in Nice will highlight the most favorite promenade of the Niçois and tourists from around the world: the legendary Promenades des Anglais.

The presentation of the agenda of the exhibition Nice 2015. Nice Promenade des Anglais, which will run from June 12 to October 4, 2015, took place at the Villa Massena, in the presence of Christian Estrosi, Mayor of Nice and President of Nice Côte d’Azur Metropolis and Jean-Jacques Aillagon, former Minister of Culture and General Commissioner of the event. 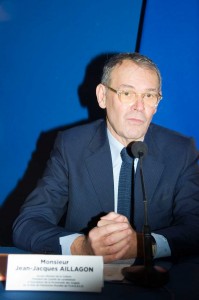 After the success of Nice 2013. A summer for Matisse which brought together more than 280,000 visitors in a few months, Christian Estrosi chose again Jean-Jacques Aillagon to chair this major cultural event as Commissioner General of the Summer Exhibitions in 2015.
The former Minister of Culture is currently preparing the candidature for the Promenade des Anglais to be registered by UNESCO on the World Heritage List.

The Promenade des Anglais at the heart of the exhibitions

The programming of the city’s museums for summer 2015 will be dedicated to the mythical Promenade des Anglais, a key place in Nice urbanism. It was one of the places that contributed most to the tourist image of the city of Nice. Since the nineteenth century, the Baie des Anges was a winter vacation venue for the English gentry.
The Reverend Lewis Way was at the origin of the creation of the most famous Promenade des Anglais. Bordered by the Mediterranean and pebble beaches, it has since inspired many writers, musicians and filmmakers.

The summer exhibitions are planned in 10 different locations:

Muséum d’Histoire Naturelle: From the Shore to the Promenade. A natural history, exhibition of the Mediterranean flora.

Musée d’Archéologie: From East to West, 20 centuries of Promenade in the Nice territory.

Musée Masséna: La Promenade or the Invention of a City.

Musée des Beaux-Arts: Raoul Dufy, the Promenade as a Motif, a series of paintings inspired from his stays in Nice.

Musée Matisse: Promenades intérieures, the exhibition offers magnificent views over the Bay of Angels to the interior landscapes, painted by the artist behind the blinds.

Le Mamac: Light Works. La Prom’ as a workshop for the American sculptor Keith Sonnier. On this occasion, the artist will perform a work to stamp his own imprint on this beautiful cultural event.

Theatre of Photography:  An Englishman in Nice. Exhibition by English photographer Martin Parr.

Musée National Marc Chagall: Nice, Sun, Flowers, a presentation of a portfolio of 12 lithographs, some of the artist’s work and archive documents showing his love for the city in several variations.

The Villa Arson will screen movies outdoors and the avant-garde filmmaker Marie Losier, with Catherine Lambert, will shoot an artist film around the Promenade des Anglais.