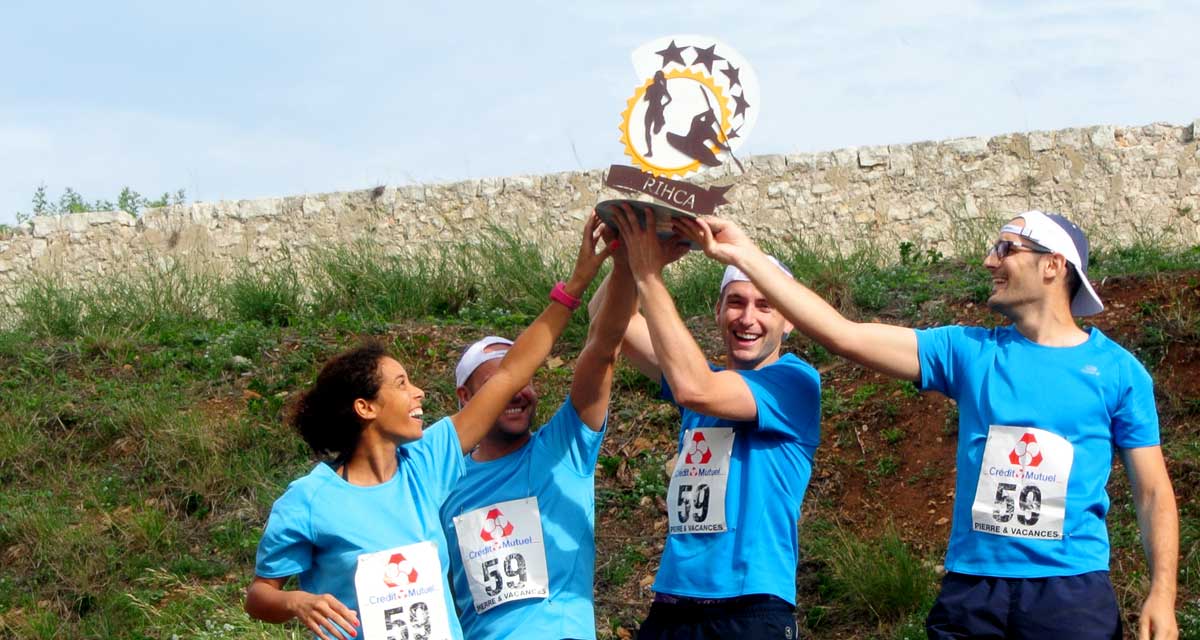 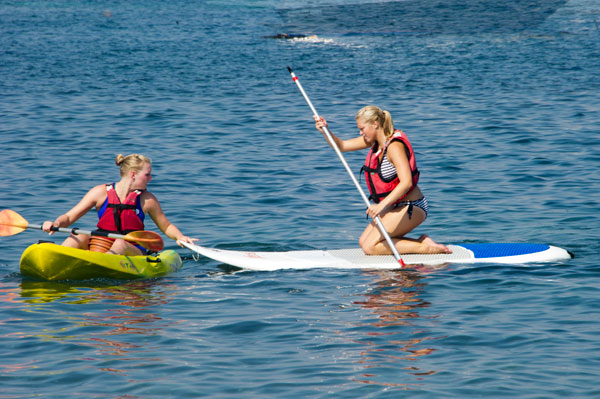 The fifth edition of the Raid Inter-Hotels Cote d’Azur will offer the hotel industry a ludic and friendly competition day at the Lérins Islands on September 27, 2015.

The hotel industry on the French Riviera is of high quality and, thanks to its professionalism and dynamism, it satisfies demanding international clients, attracted by the landscape and the climate of our coast. Since 2011, this dynamism is reflected in the Raid Inter-Hotels Cote d’Azur, whose values, based on team spirit, are exalting solidarity, friendliness, education and ecology during a day of competition at the Lérins islands off Cannes.

An Azurean success for export

Reserved for 3 to 5-star business, charm and luxury hotels in the Alpes Maritimes, Var and Monaco, the Raid Inter-Hotels Cote d’Azur confirmed by the fifth anniversary a firstly Azurean success, which then led to the creation of two versions in Provence, in 2014 and in April 2015, and the birth of a Paris edition, on August 30 in the Bois de Vincennes, sponsored by renowned chef Thierry Marx from the Mandarin Oriental.
Another confirmation of the success of the formula created by the company Raids Inter-Hotels and Team Nature: this year, the RIHCA hosts a prestigious sponsor, Equip Hotel, the bi-annual tradeshow organized by Reed Expositions, leader in organizing trade shows.
The fifth edition will end the 2015 season on Sunday, Sept. 27, always faithful to the Île Sainte-Marguerite, with 320 participants divided into 80 from 42 hotels. 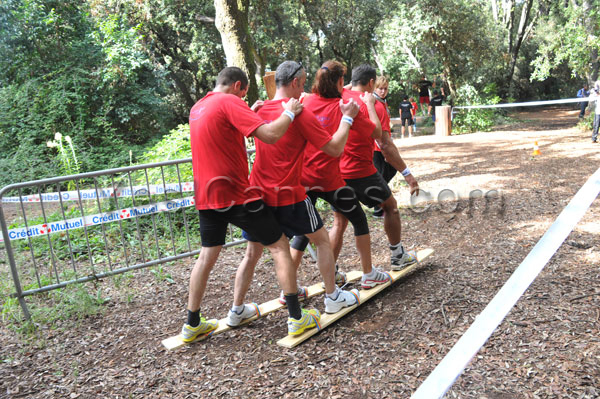 The raid is intended to unite the hotel teams, put them in harmony around a festive, ecological and charity event, with a balance between sport and brains, to balance the chances of each team to get on the podium.
An opportunity of out-of-routine and friendly meeting, leveraging the potential of collective intelligence with innovative and engaging activities that build team spirit, specifically designed to inspire a team to excel and develop their skills.
The teams of Raid Inter-Hotels compete on 5 sports events, combining energy and common sense, the success of which depending more on group cohesion than the feat, to balance “head and leg”.
Respectful of the environment and nature, organized on a natural land steeped in history and offering a qualified full-time care for security and surveillance of public spaces, the human scale incentive events unite the hotel industry community of a region.
Each establishment is free to register one or more teams, the only requirement being that each team must consist of four employees from a hotel, with at least one person of the opposite sex by team. 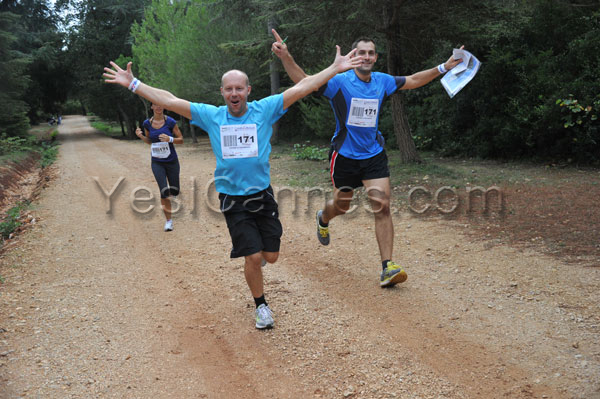 While last year’s theme was the “five senses”, the theme of the fifth edition will focus on the hotel industry five stars. The teams will compete in 5 events among the scents of pine on the Lérins Islands:
– the orientation course, compass in hand, on 8.5 kilometers (with two surprises…),
– the puzzles, whose resolution offers 20 minutes of bonus time,
– the bamboo paddle (new this year) in pairs,
– the running race on 1,5km
– the dexterity course with this year, the Course de Garçon de Café
After the final sprint, the participants will comfort with a drink and a meal before the richly sponsored prize-giving ceremony. 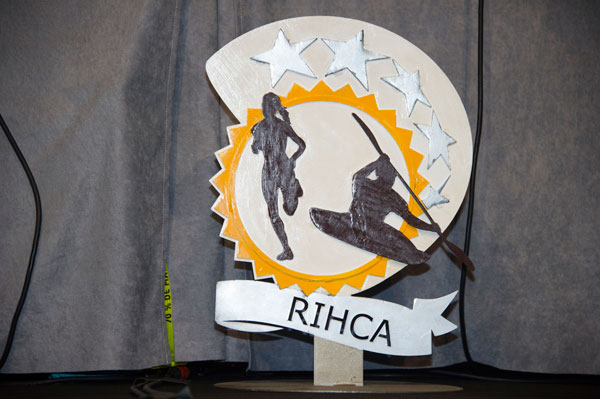 A proof of the popularity of this major event of the Riviera hotel industry, 16 partners support the 5th Raid Inter-Hotels Cote d’Azur – Equip Hotel:
Natural mineral water Vittel and Perrier Fines Bulle – Flash Azur Voyage and Easy Transfer Riviera for transport – the Association Cannes Jeunesse which manages the of water sports activities in Cannes and the socio-educational and sports activities at the Fort on Île Sainte Marguerite – Interparking – Horizon and Trans Côte d’Azur for the connections between the Lérins Islands and Cannes – the Office National des Forêts, which manages the forest on Île Sainte-Marguerite – the Atman osteopathic school which prepares and heals the competitors – Team Nature – the perfumery Molinard in Grasse – Au pays de la Fleur d’Oranger – the CCI Côte d’Azur – the Cannes Palais des Festivals et des Congrès.

Since last year, the Raid Inter-Hotels Cote d’Azur and its participants support the Associations PIWI, a charity association that is raiseing funds for the research on the Pradier Willie syndrome. The association PIWI has already sent some € 35,000 to the Toulouse research center against the disease – still incurable – which seriously affects the lives of many children and make them dependent on heavy and constant care. 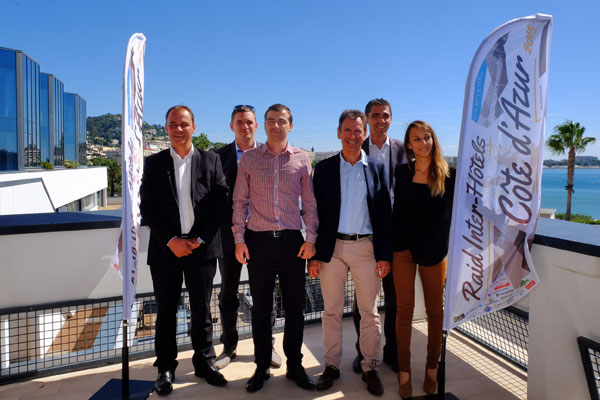 To give even more spice to the fifth anniversary of the Raid Inter-Hotels Cote d’Azur – Equip Hotel, the organizers invited the winning team of the 2015 edition of the Provence raid, that of Intercontinental Marseille – Hotel Dieu. A way of highly motivating the local teams!