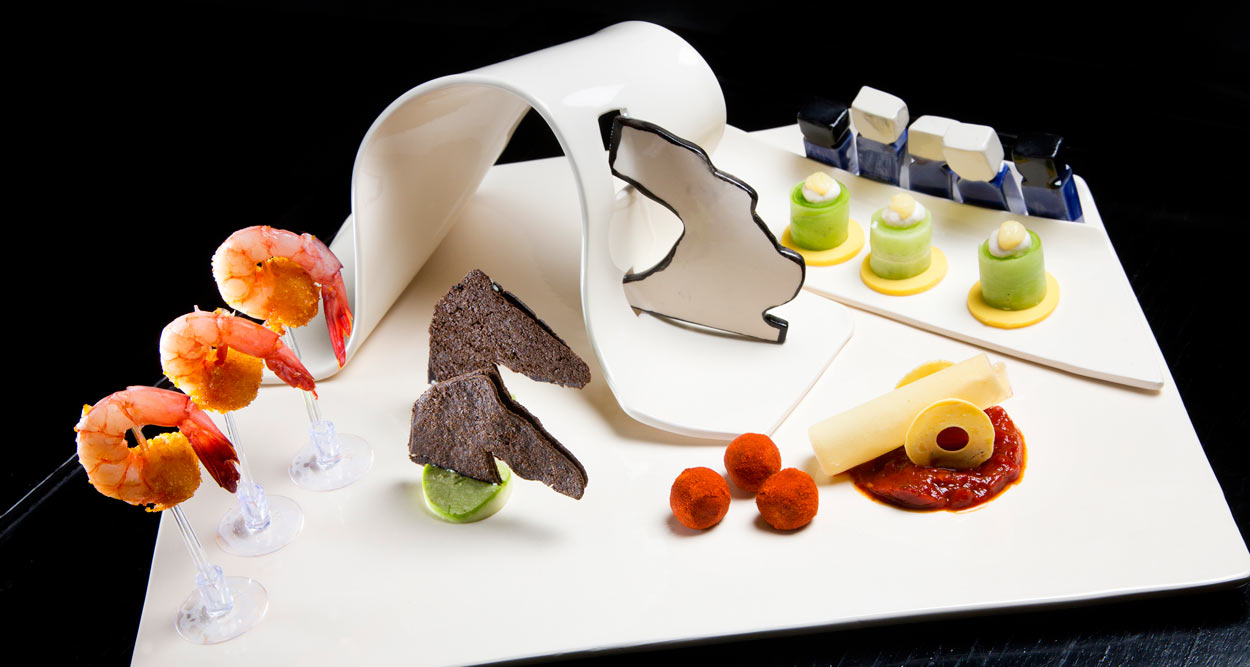 The grand history of the restaurant La Palme d’Or, a table recognized worldwide, began in May 1985 under the auspices of chef Christian Willer, who christened it in tribute to the Festival de Cannes most prestigious award.
To celebrate 30 years of dedication to Haute Gastronomie, his successor Christian Sinicropi offers the gastronomes many great rendezvous throughout the year: 4-hand dinners with other starred chefs and wine & food pairing dinners in collaboration with major houses of wine and Champagne.

A journey of gastronomy and initiation

The adventure of success Christian Willer initiated turned with Christian Sinicropi into a sensory journey of initiation, with gastronomy of course as pretext, harmonized with the great wines of France, that provide all the flavors from their terroirs. But the culinary artist adds some “extra soul” because he is also a painter, sculptor and ceramist. Thus, he highlights its gastronomic creations in his own ceramic “supports”. Since 2010, he creates the numbered works of Art with his wife in his studio at home and signes them e=sc2 (standing for Catherine and Christian Sinicropi).
Moreover, the dishes are illustrated on the menus with poetic evocations of the ingredients used to take the gourmets to epic proportions of gourmandise and poetry.
Christian Sinicropi thus creates a unique dining experience, a true sensory journey at every meal. 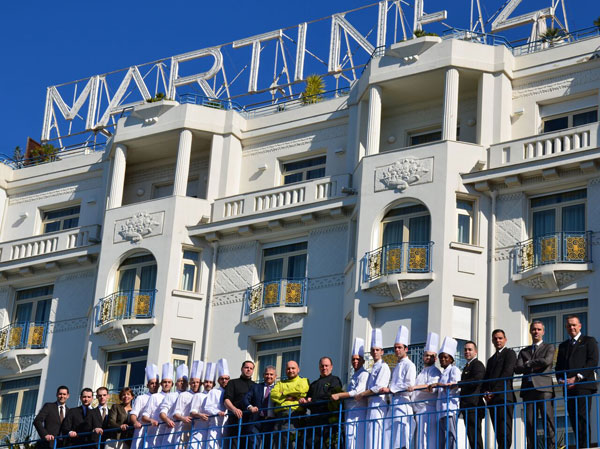 A course for each Festival Jury dinner

His taste for art, and ceramics in particular, led him to attend courses at the School of Fine Arts in Vallauris, and in 2010, he released with his wife his first ceramic showcases he uses as supports to his culinary inventions. For the creation of his supports, he is inspired by his accomplice relationships with painters, sculptors from different worlds like Moya, Steph Cop, Alëxone, Skaka, Laurent Mô, Scotie… The Cirque Arlette Gruss and the entertainment world also inspire him.
As part of this very personal and artistic approach to cooking, Christian Sinicropi makes for the Festival de Cannes Jury dinner, held at Restaurant La Palme d’Or, a menu with supports in tribute to the filmography of the President of the Jury.
In 2007, the chef released a book, Petits Plats et Grand Ecran, in which he presents sixty recipes dedicated to cinema in collaboration with Michèle Villemur for texts, Glag for supports and Jérôme Kelagopian for photos.

On September 18, 2015, the dinner Les Grands Vins de France was offering a wine & food pairing developed with Dominique Vion, Chef Sommelier. Each dish in the menu was accompanied by commentary from Christian Sinicropi (italic text).

Let’s use the sense of taste, so we can all share the excitement generated by this wave of raw and crunchy textures, carried by a breeze of tangy flavors of yellow citrus, with reliefs of poetic and iodine sea spray, with a vegetal green touch caught in the marjoram leaf.
The delicate mixture of crunchy and raw textures of the Norway lobster, harmonized with the little colored touches as accompaniments are a real caress for the palate!
This dish was accompanied by the very fine aromas, anise and flowers, of the Riesling Grand Cru Hengst, domaine Josmeyer 2004, Alsace.

With the flavors of its living place, a sweet and long walk in the heart of the forest.
The little crunchy taste of porcini, the flavors of the land and its mineral, give an exceptional flavor to the cannelloni-shaped “undergrowth”.
This dish was enhanced by the intense power of a masterful wine: Bâtard-Montrachet Grand Cru 2010, Olivier Leflaive, Bourgogne, made from Chardonnay. 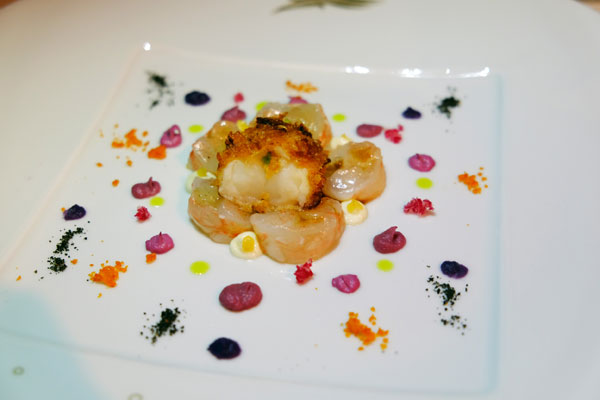 Cooked 48 hours, glazed with its jus corsé, steamed vegetables with juices of Tripettes and fig leaves. A sensory-based thought focused on taste and refined simplicity.
The crunchy chocolate crowns this succulent famous Kobe beef, with a melting and smooth texture, to which a jus corsé gives all its dimension and power.
On this culinary masterpiece, a Grand Echezeaux 2005, Domaine Mongeard Mugneret, Bourgogne, expressed all its Burgundy soul; made from Pinot Noir, the red wine is strong and full-bodied while remaining subtle and refined.

A declination of green apple and citron from Cap Corse by the Calizi family, added with the flavour of a verjuice sorbet.
The family Calizi revived on his land at Cap Corse this somewhat mysterious citrus that offers subtle flavors.
The elegance of the dessert was enhanced by a “nectar of the Gods”, one of best wines in the world, Château d’Yquem 1980, Sauternes, Bordeaux, concluding in apotheosis this food and wine pairing.
At Yquem, one often says that a vine produces only a glass of wine!

Christian Sinicropi entered at La Palme d’Or (where he had served his apprenticeship) in 2001 alongside Christian Willer. He will succeed him at the Martinez kitchens and the restaurant La Palme d’Or in 2007, and, with his prolific talent, he kept the two Michelin stars at the most renowned table of La Croisette.
Originally from Cannes, the chef has perfected his skills with the major houses and chefs: L’Hotel du Palais in Biarritz, the Bluerehiesel in Strasbourg, the Louis XV in Monaco with Alain Ducasse…
Inventive and sensory, Christian Sinicropi’s cuisine is focused on seasonal products and the Southern terroir. He mentioned: “I selected some products with rustic taste, raw, authentic. An initiatory journey, gourmand, on my cuisine, my region, my land, my Mediterranean.”

A Collection 30 ans menu is also offered “à la carte” throughout the milestone year, honoring Signature dishes that contributed to the success of La Palme d’Or.

Like a “flagship” of luxury hotel on the French Riviera anchored on the sea, on the famous Croisette, the Grand Hyatt Cannes Hotel Martinez is a legendary establishment, 5 star luxury. It has 409 rooms and suites in an Art Deco style, including the 1,000 m2 Penthouse Suite, one of the largest in Europe.
The hotel’s private beach, Zplage is open during the season, for relaxation and water sports.
The Grand Hyatt Cannes Hotel Martinez has 15 modular rooms of 2 500m2 to host throughout the year conventions, seminars and events.

The Grand Hyatt hotels offer customers a prime location with a large capacity in inevitable cities and beach destinations in the world. Grand Hyatt hotels offer high quality accommodation and services to the demanding leisure and business travelers: gastronomic restaurants, bars, spas, fitness areas and many modular rooms. Grand Hyatt hotels are distinguished by their remarkable architecture, their advanced technology and a great infrastructure for the organization of conferences, banquets and event of great importance. 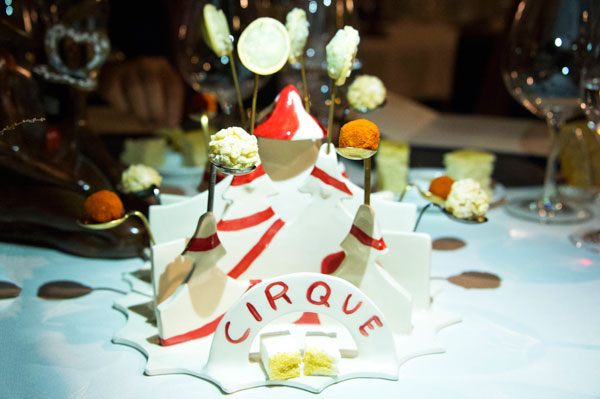 The restaurant La Palme d’Or is located on the first floor of the Grand Hyatt Cannes Hotel Martinez. Its decoration dedicated to cinema opens to sweeping views of the Bay of Cannes. The restaurant is open for lunch and dinner from Wednesday to Saturday, and from Tuesday to Saturday during from May to October.
Information and reservations +33 (0)4 92 98 74 14 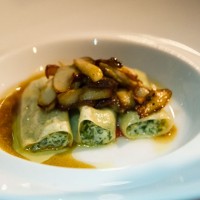 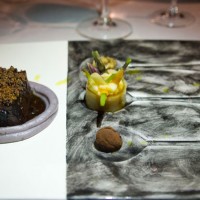 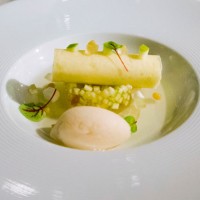 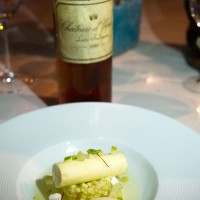 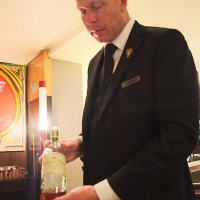 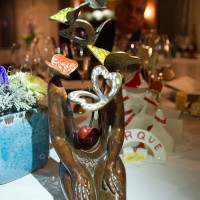