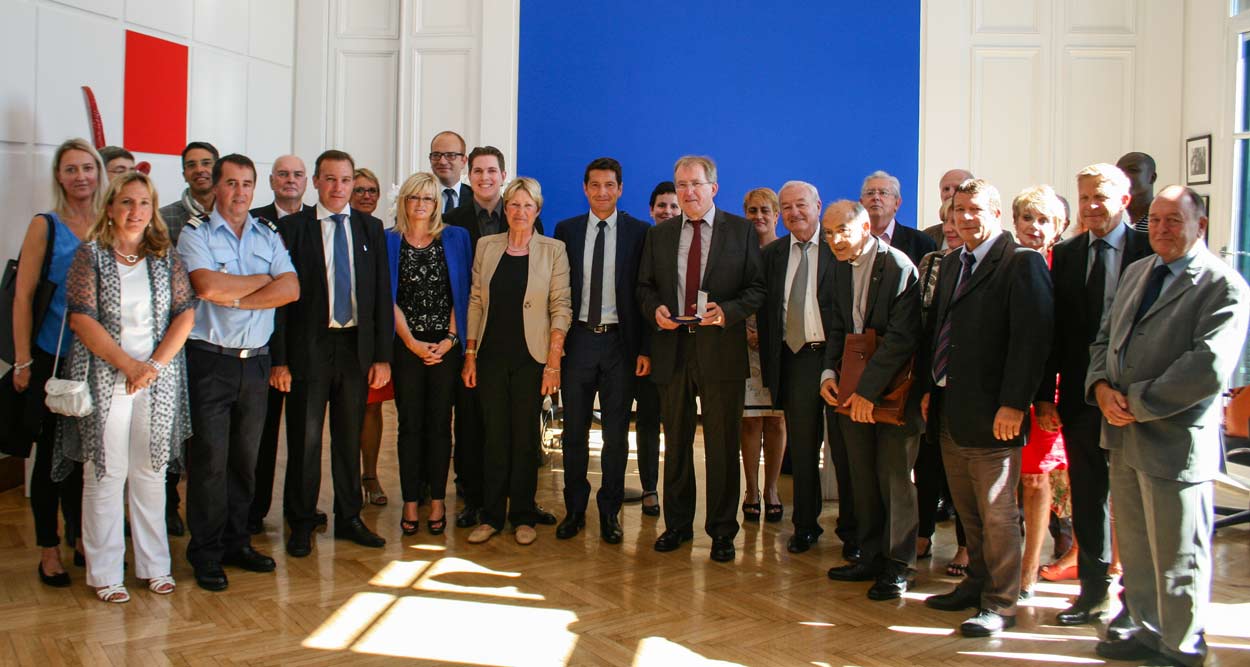 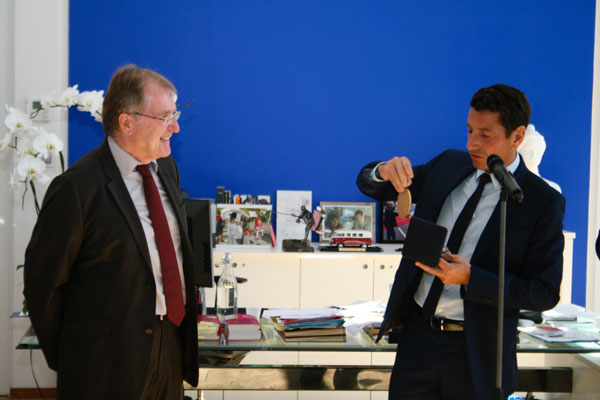 The mayor of Cannes David Lisnard awarded the Gold Medal of the city to François Maillard, former director of the Institut Stanislas Cannes.

The ceremony was held at the Cannes City Hall on October 1, 2014, in the presence of former MP-Mayor of Cannes, Bernard Brochand, elected and political officials and economic and religious personalities.

François Maillard was presented with the Gold Medal in recognition of 17 years of dedication, excellence in education and humanism at the head of the Institute Stanislas Cannes. The emotion ran high in the office of the Mayor, as many among the audience were former pupils of “Stan” – as they like to call it. Once the ceremony was over, everyone remembered the years past in the school.

The establishment includes a nursery school and a primary school, a college and a Lycée of secondary and higher education. Thanks to the energy and tenacity of François Maillard, the Institut Stanislas Cannes today boasts a rate of 90 to 100% of success at the Baccalaureat.

A man of excellence

François Maillard worked tirelessly to make of the Institut Stanislas Cannes one of the best references in education. After ten years as an English teacher in Strasbourg, this amateur sailor of 58 years, became in 1998 Director of the private school Stanislas.
During the 17 years at the Institute Stanislaus Cannes, he managed more than 2,500 students. He always had at heart to advocate excellence, to allow more students access to science preparatory classes. Thanks to him, the reputation of the private Catholic institution is at its highest.

After developing European language sections of the sixth class (English and Italian), François Maillar initiated the creation of rooms equipped with a system of digital teaching. In 2010, he helped open a scientific preparatory class for high school of mathematics, physics and engineering sciences.
The project is part of the equal chances and access to preparatory class program for a larger number of grant holders. Thanks to that, he doubled the number of students of the internship.