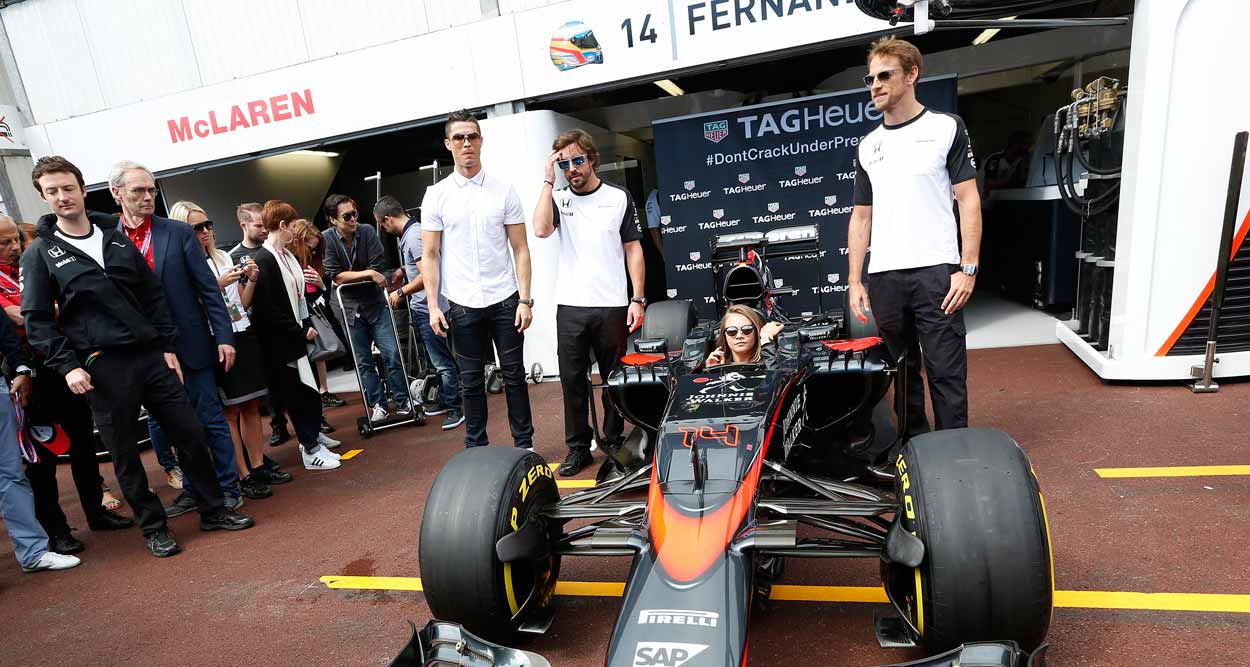 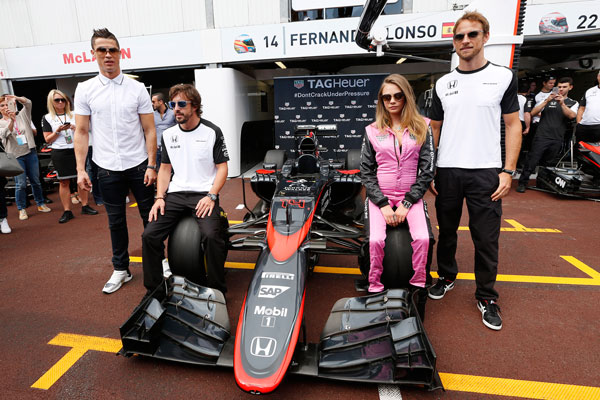 TAG Heuer was on the starting grid for the Monaco Grand Prix on May 24, 2015, with the lovely Cara Delevingne, ambassador of the luxury brand.

Since 2011, TAG Heuer has been strengthening its relationship with the Automobile Club de Monaco by becoming Official Partner, Official Watch and Official Sunglasses.
The history of the brand is closely linked to the Automobile Club de Monaco, organizer of the Monaco Grand Prix, which was commemorating in 2015 the 125th anniversary of its creation. The greatest champions of motorsports, from Juan Manuel Fangio to Fernando Alonso and Jenson Button, have contributed to the TAG Heuer legend. 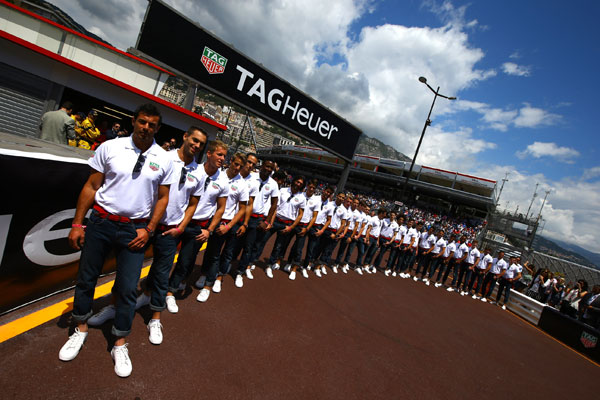 Glamour on the track with Cara Delevingne

The Monaco Grand Prix is ​​one of the year’s most glamorous sporting events, and many celebrities throng the yachts and the paddock. Princess Charlene and Prince Albert II met the two British racers Jenson Button and Lewis Hamilton, before doing a lap of honor of the circuit in a gleaming sports car.
The new TAG Heuer’s ambassador, the gorgeous model and actress Cara Delevingne, created a sensation in the paddock – dressed in a pink racing suit – when trying Fernando Alonso’ F1 in the McLaren-Honda stand. Even the footballer Cristiano Ronaldo was a fan.
On Sunday, the Model of the Year 2012 gave the start of the Monaco Grand Prix as “Gr’It Girl”.

A prestigious and exclusive evening

On the eve of the start, Jean-Claude Biver, Chairman of LVMH’s Watches Division and CEO of TAG Heuer, hosted the brand’s guests and celebrities for an exclusive and trendy evening on the ship SeaDream in the colors of the brand, moored in the port of Monaco. Cara Delevingne cheerfully took part in a photo shoot with Fernando Alonso and musician and DJ Mark Ronson who delighted the guests at the turntables. 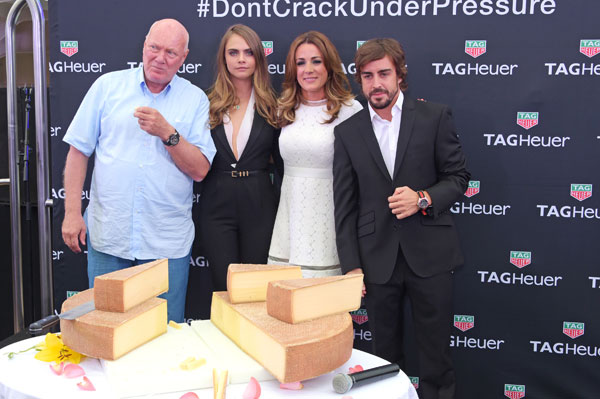 During the Monaco Grand Prix, TAG Heuer showcased watches celebrating the unique history of the brand with motorsport races and his 15 victories in Monaco.
The Formula 1 McLaren “30th anniversary of partnership” special edition celebrated the longest partnership in the world of Formula 1. The “Ayrton Senna” Chrono special editions, with the famous famous “Legend” steel bracelet and the Carrera Heuer-01 manufacture chronograph, a symbol of a new generation, showed off the close connection with motorsports.
The “Cara Delevingne” special editions emphasized the glamour of the weekend, and the newest Aquaracer 300M paid tribute to the sea.

At the forefront of Swiss watchmaking since 1860, TAG Heuer is inventing amazing watches for those who stray far from conventions. The longstanding partnerships with motor racing, champions, artists and charismatic ambassadors, reflects the teamwork and taste for challenge driving TAG Heuer to always go beyond the traditions of the watch industry.

The brand’s “Swiss Avant-Garde since 1860” identity is closely linked to the anti-conformism promoted by its founder. Its #Dontcrackunderpressure slogan is more than a simple statement: it is a state of mind. 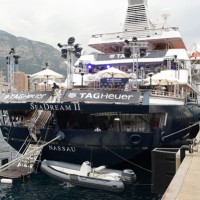 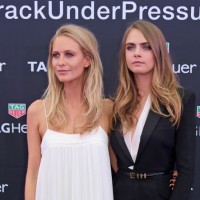 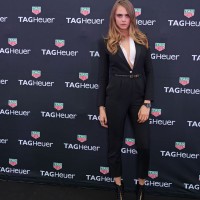 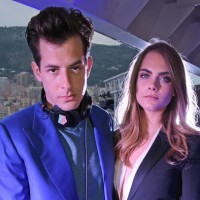 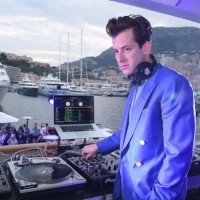 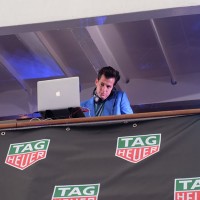 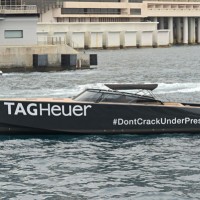 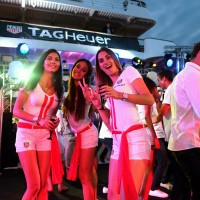 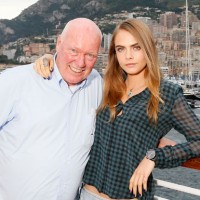 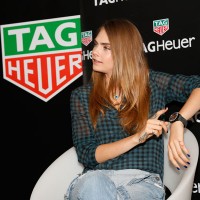 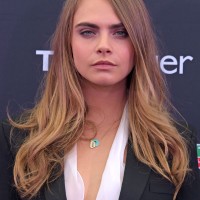 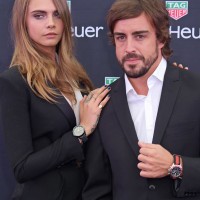 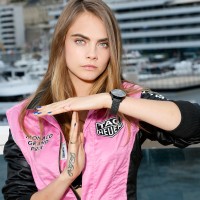