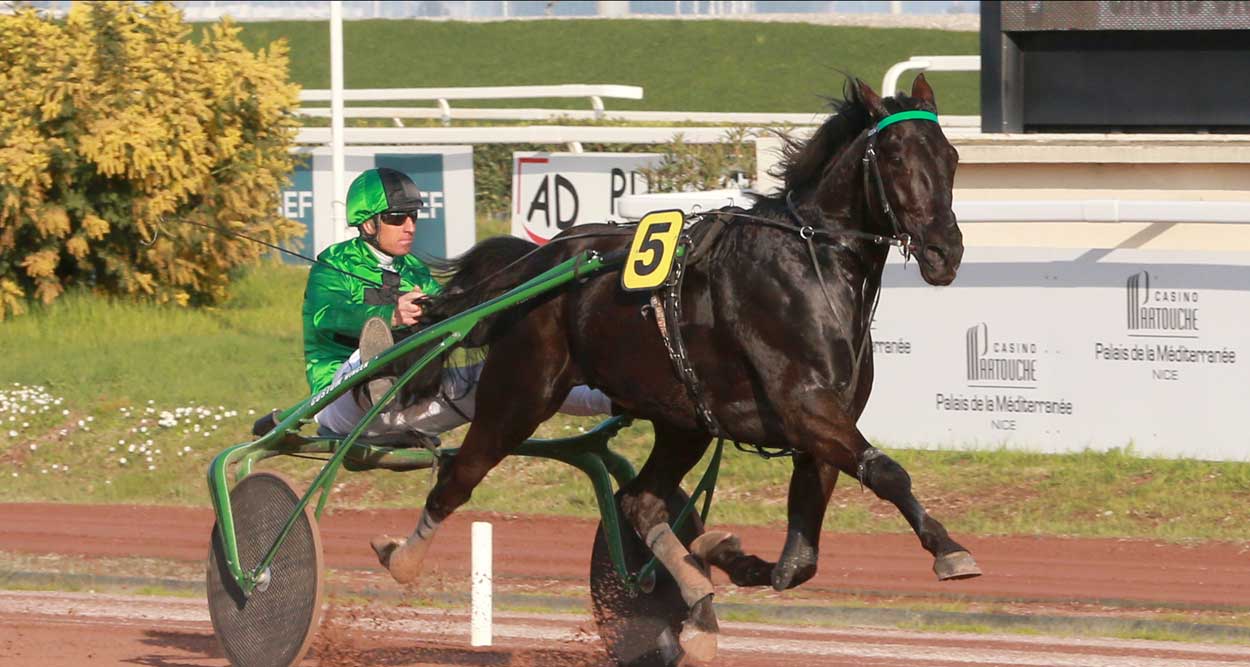 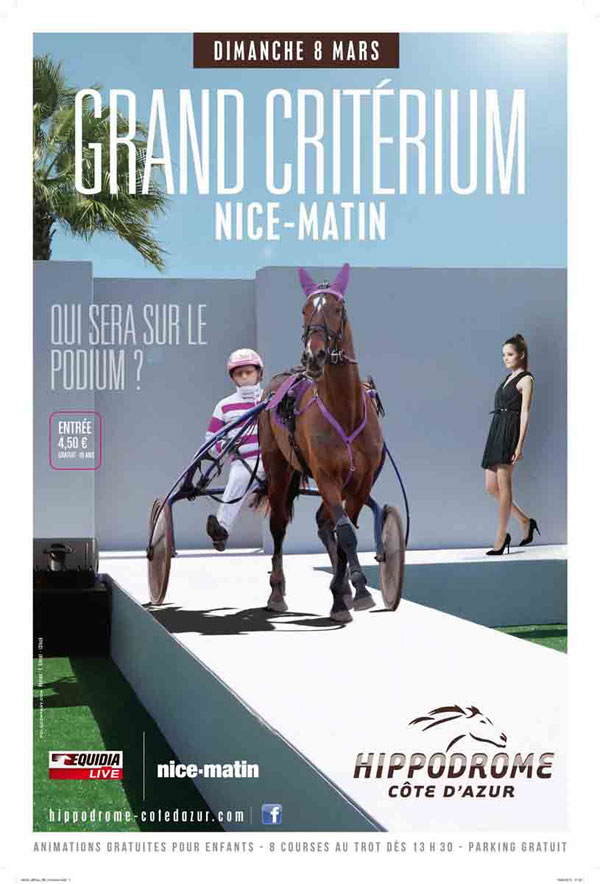 The Grand Criterium de Vitesse Nice-Matin, the major test of the Winter Meeting, is celebrating its 58th edition at the Hippodrome Côte d’Azur.

The greatest trot champions, stars of the most prestigious racetracks, will compete on Sunday, March 8, 2015, in this legendary event which contributed to shape up the international reputation of the Hippodrome Côte d’Azur. The best trotters of the moment, the fastest of the discipline, will meet there and compete on the distance of the mile in pure speed test. The straight line of nearly 300 meters is ideal to break speed records, and that attracts the greatest champions. 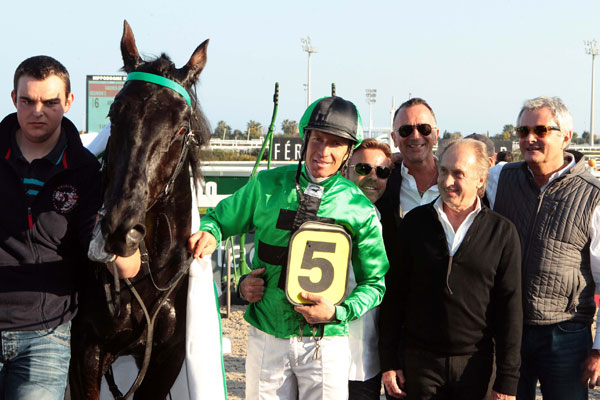 After the traditional presentation of the horses to the public in a parade, the cracks trot champions will compete on the distance of the mile (1,609 m). The fastest will be sacred in the jubilation that usually invades the stands and the Hippodrome.
There are moments when the intensity reaches its height, uniting in the same emotion and momentum the public and players. This will happen again on the Hippodrome Côte d’Azur for the Grand Criterium de Vitesse Nice-Matin. 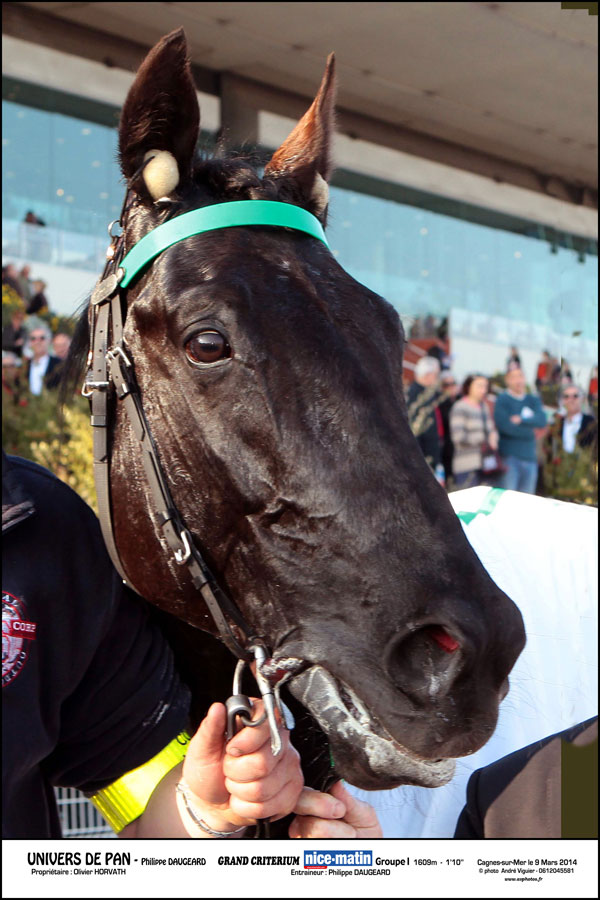 The 2014 edition saw Univers de Pan brilliantly win the event. This year it will surely crown a great champion at the end of a spectacular race, rich in emotions.
This year again, € 200 000 of allowances are allocated by the Society for the Encouragement of French Horse.
Varenne is still holding the speed record of the Grand Criterium de Vitesse Nice matin – he won the race in 2002 in 1′ 09″ 6/10. 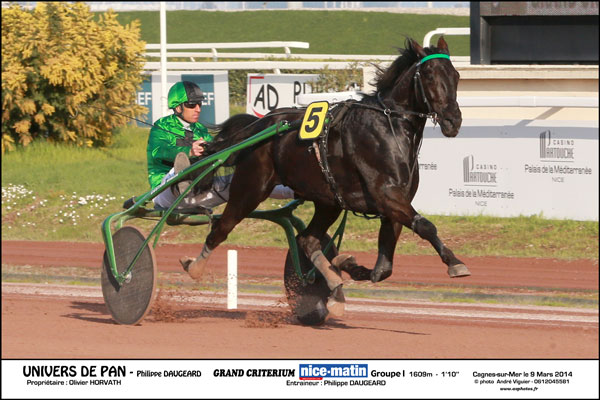