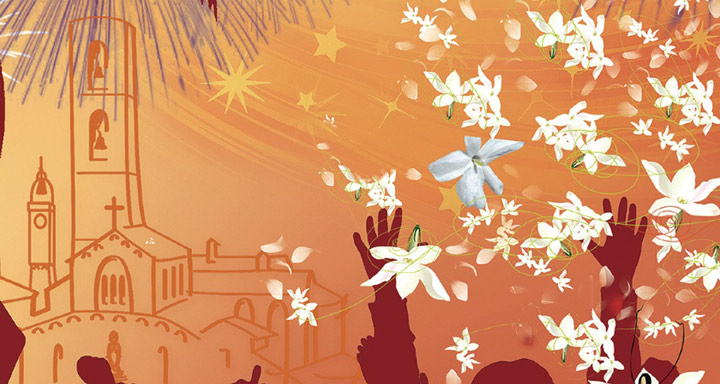 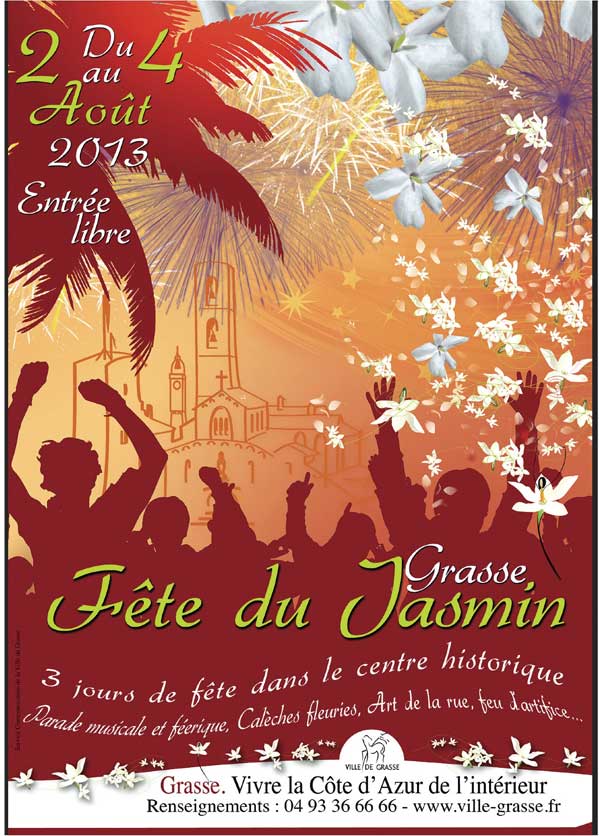 The traditional Jasmine Festival marks the symbolic beginning of the Jasmine plucking, on the first weekend in August. Jasmine is one of the few flowers still grown in Grasse. Rare flower, with enchanting fragrance, it will again this year give the opportunity for popular festivities during 3 days.

Young and old can attend the wanderings of the Corso, composed of ten floats and carriages on which will be perched perched Miss Grasse, the Dauphines and the Twin Cities Misses. On their way, young girls will launch 50,000 cut flowers to the public which will leave arms full of flowers. The streets of the historic center of the city of perfumes will be decorated with garlands of white flowers. Many bands and folk groups will be invited to take part in the festival. The firefighters on their truck will sprinkle jasmine water onto the spectators who will applaud the street artists and bands, composed of ten local, national and international groups.
This year, shuttles will be available on Saturday to allow many viewers to enjoy the evening, easily reaching the city center. The participating restaurants will welcome the many visitors on Sunday to taste the aioli at the rhythms of fifes and drums. At the end of the evening of Saturday, the traditional fireworks will light up the sky with its twinkling and ephemeral flowers.

Pictures of ancient Jasmine Festivals archives will recall the creation in 1948 of the festival. Introduced by Spanish navigators in 1560, jasmine is historically associated with the economic heritage of Grasse. At first harvested in people’s gardens, it was not until 1860 that the shrubs were placed in the first field, thanks to the development of the canal allowing an optimum irrigation. For more than a century and a half, the culture and the industrial processing of jasmine for obtaining absolute essence constituted the monopoly of Grasse until 1925. Currently, the geographical area of this culture is defined by Bar-sur-Loup to the east and Grasse  to the west.