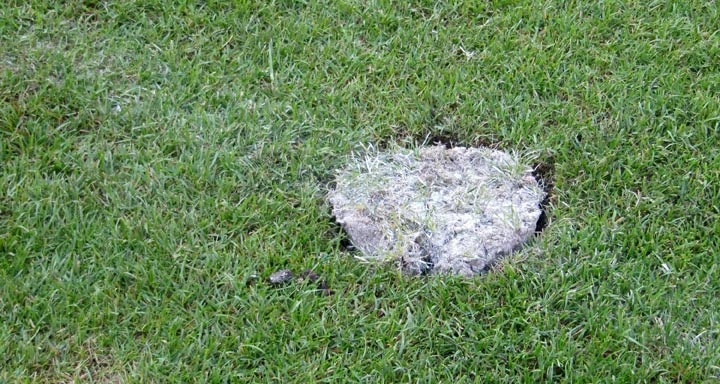 The Allianz Riviera stadium, new home of the OGC Nice football team, was realized in partnership with the German insurance company Allianz. To ensure the transition with the former Ray stadium and transmit the soul of a place that has seen so many victories of the resident club, a highly symbolic graft of earth from the grass of the Ray was proceeded on to the Allianz Riviera one.

On September 3, 2013, the young Matteo Mallo, mascot of the OGC Nice, surrounded by Deputy Mayor of Nice Christian Estrosi, replanted in the heart of the new stadium Allianz Riviera a piece of lawn that testify to the history of Ray stadium. The ceremony was attended by the President of the General Council of the Alpes Maritimes, Eric Ciotti, the President of OGC Nice, Jean-Pierre Rivière, Nice elected officials, and Jean-Louis Romain, technical director of Nice Eco Stadium.
The young Matteo, hero of the  OGC Nice poster campaign, embodies sports youth. On September 1, under the gaze of 14,000 people, he participated in the most emotional moments farewell ceremony at Ray stadium with the Niçois who came to celebrate the last game played at Ray stadium.
“When the heart of the Ray was carved up, it was placed in a refrigerated box until its reimplantation. Today, this has been done, so that, the heart of the Ray will keep on beating here. Some of his DNA is remaining!” Deputy Mayor Christian Estrosi said with a voice filled with emotion.
After? Well, it is already now. In the Plaine du Var. This is where football lovers will go: to Allianz Riviera. An ultra modern 35,000-seat compound, scheduled for the next thirty years. Thus ends the story of Léo Lagrange stadium, from 1927 to 2013. Matteo begins to take a liking to his status as mascot: concentrated and diligent, he fully played the game of the ceremony.
Yet the little 8-year boy has a busy agenda, first with the start of a new school year in primary school in the hills above Nice.
The admirer of Super Mario, red and black jersey on his shoulders, constantly scanned the stadium where he will come with his dad to encourage Les Aiglons (The Eaglets) at the end of the month. Mattéo participated in the filming of a movie to be broadcasted on the giant screens of the stadium on the day of the inauguration. Matteo, worthy successor to his father, is already part of the owners of his own club.
Wonderful memories ahead of him who savors the moment by repeating the gestures of his favorite champion on the brand-new lawn of the Allianz Riviera stadium. An adventure that is continuing and whose outcome will be played live in front of 35,000 spectators on September 22, the day of the inauguration of the stadium.
With the Allianz Riviera, the city of Nice is equipped with a multifunctional and structural equipment, helping to expand its international reputation and maintain its resident club at the highest level. This compound, with a capacity from 35,000 to 45,000 people, and of an area of 54,000 sqm is at the heart of a 14-hectare development area. 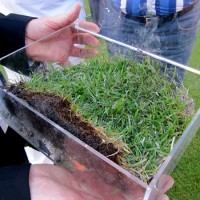 Piece of grass from the Ray stadium 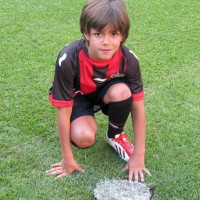 Young Mattéo and the graft 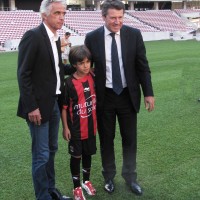 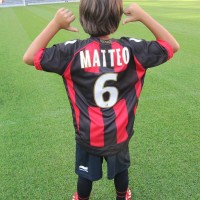 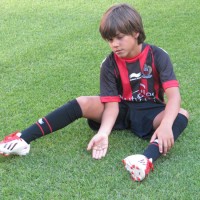 Mattéo on the brand new grass