The stadium of The Ray, opened in 1927, no longer meeting the standards of the Football League, the city of Nice has decided to create a new stadium capable of hosting major international competitions. In December 2009, it launched an international competition to build a 35,000-seat stadium, won by architect Jean-Michel Wilmotte. Allianz Riviera is now out of the ground and is ready to welcome its first OGC Nice match.

On September 21, 2013, on the eve the inauguration of the Allianz Riviera stadium, the Metropolitan Nice Côte d’ Azur, the city of Nice and its partners unveiled the inaugural plaque on Boulevard des Jardinniers. The ceremony took place in the presence of Christian Estrosi, Deputy Mayor of Nice, Eric Ciotti, MP and President of the General Council of the Alpes Maritimes, Adolphe Colrat, Prefect of the Alpes Maritimes, Xavier Lortat-Jacob, President of Nice Eco Stadium, Jacques Richer, CEO of Allianz France and Jean- Michel Wilmotte, Architect.
For Christian Estrosi, the construction of Allianz Riviera is obvious : “Sport is at the center of my commitments. Sports policy that I am leading in Nice has as main goal to make sport accessible to all Niçois and Niçoises. I am committed to that Nice, a land of sport, can also accommodate high-level sporting events : national, european and international.”
Architect Jean-Michel Wilmotte welcomed the Allianz Riviera location : “Surrounded by greenery, the stadium is found completely embedded in the wooded landscape of the Eco-Valley. All car parks are buried under the buildings of the real estate program, leaving room for the gardens, which links the whole to the rest of the city. ”
Allianz Riviera is also part of a sustainable societal development. The city of Nice has wanted to take advantage of the project in order to add political support for local employment and social inclusion.
Xavier Lortat-Jacob, president of the company Nice Eco Stadium: “The integration with Allianz France responds to logic and is therefore was done very naturally. With Allianz France, we immediately found on common values : quality requirements, shared vision of the purpose of modern multifunctional stadiums, need to reconcile international prestige and proximity, will to rely on local conditions and the attractiveness of the city of Nice, long-term commitment at all levels. By choosing Allianz Riviera, we wished to incorporate the need to carry forward the image of the region in an original, modern and elegant way. ”
It was no question of adding a layer of green upon the project, but to structure the design approach around environmental issues. The city of Nice and Christian Estrosi wished Allianz Riviera to be a model of integration and sustainable development in the Eco- Valley. The stadium was designed as a exemplary environment-friendly building, while maintaining strong social and economic ambitions.
The OGC Nice, resident club of Allianz Riviera will play a minimum of 17 matches for the 2013-2014 season, then 19 on the next. These meetings will begin with the opening on September 22, when the Nice club will face FC Valenciennes.
“This inaugural event, Deputy Mayor Christian Estrosi said, will be held in a sold out stadium, all the tickets have been sold in just 6 days!” 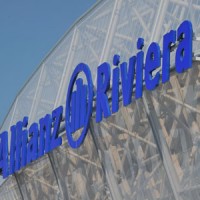 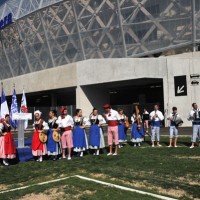 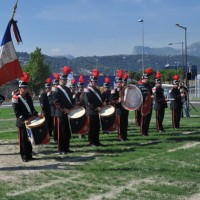 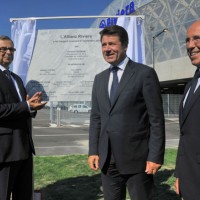 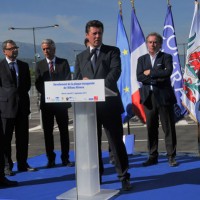 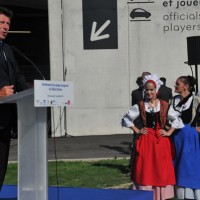 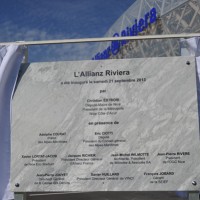