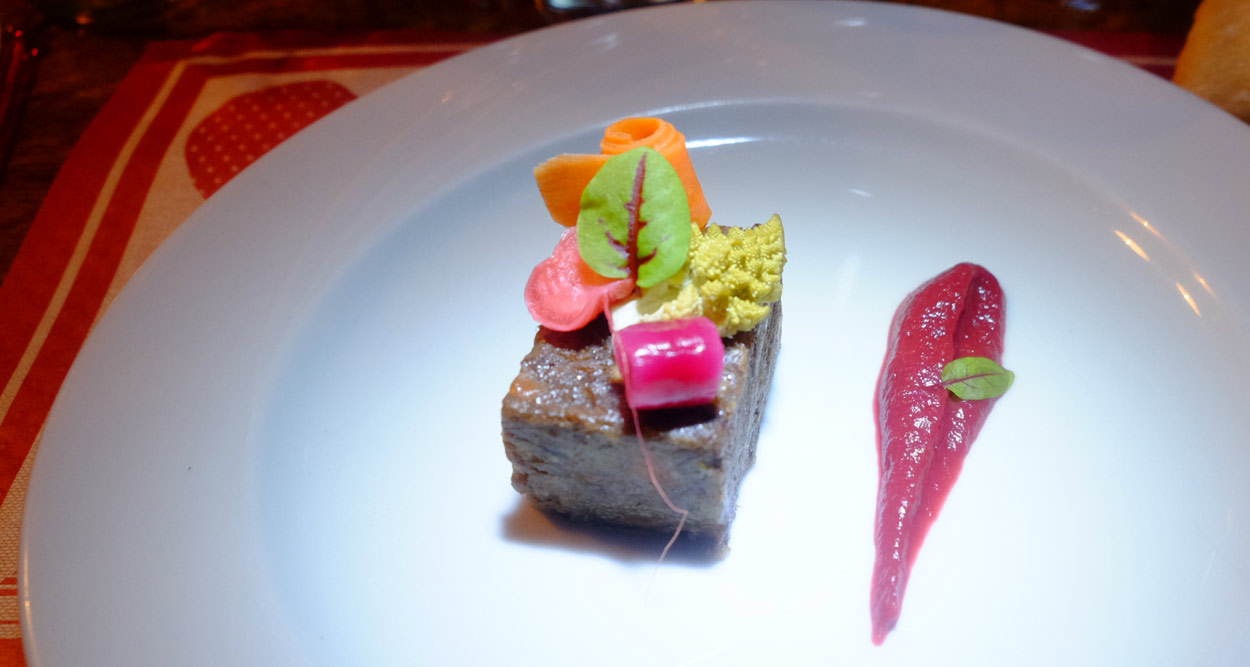 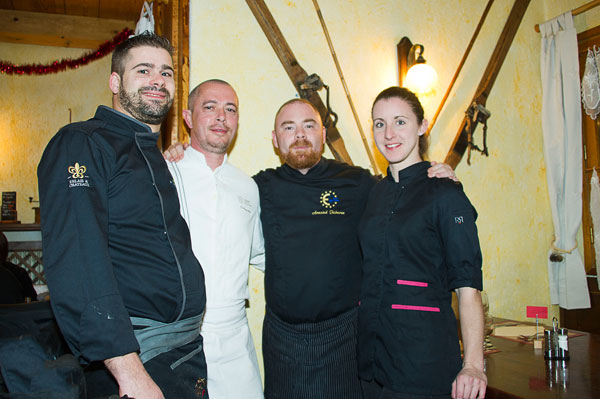 Les Chefs au Sommet d’Auron have been offering for five years gastronomic dinners by starred and reputed chefs at a single and privileged price to vacationers of the Auron ski resort and in Saint Etienne de Tinée and St Dalmas le Salvage, in the heart of the Mercantour sumptuous mountains.
A gourmet dinner orchestrated by Arnaud Tabarec, starred Chef of the Sea Sens in Cannes, has thrilled the gastronomes’ taste buds on Sunday, January 17, 2016.
The chef star of the French version of Hell’s Kitchen, the TV show on NT 1 which reveals the what the work of cuisinier is like and the requirements of this profession of passion, has concocted a refined menu at Restaurant Le Gratousier, at the feet of Auron’s slopes.

A harmonious symphony of dishes

The dinner was held in the intimate and warm wooden decor of the restaurant Le Gratousier, which took the name of the “cheese graters” adorning the walls of the Alpine establishment. Arnaud Tabarec, assisted by Stéphan Paroche, La Magnanerie in Sisteron, in duo with Olivier Roth, pastry chef at Le Mas Candille in Mougins, helped by Cécile Veyrat, Pastry chef of La Magnanerie, performed an elegant and refined menu.
Like the calm and serenity of the Alpine mountains of Mercantour, the menu, without being ostentatious, offered harmonious and elegant flavors, composing a symphony of dishes that have delighted the many customers this gourmet dinner of Chefs au Sommet d’Auron. 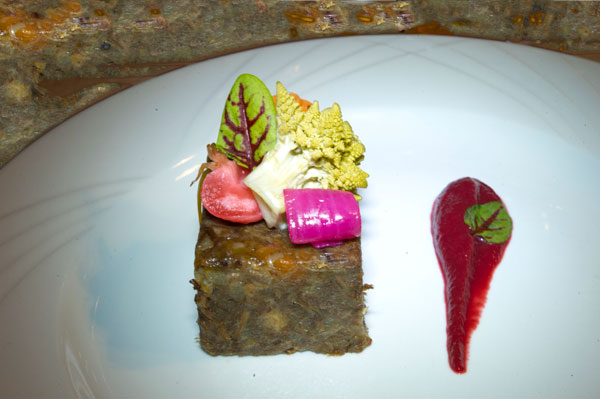 The combination of the sublime and simplicity

In chef’s surprise: Terrine of Oxtail and Pickles Vegetables, Beetroot coulis
The dish appears as a beautiful sculpture capped with pickles with eye-catching colors: tree-like cabbage and carrot and beet strips. The creamy and powerful terrine melts in your mouth, the notes of freshness of the pickles vegetables thrill the taste buds in counterpoint to the sweet taste of beets!

Egg “signature”: organic Chicken Egg cooked at 63 °, just seized Shimejis and Patrick Duler’s Bacon.
Nestled in a large round plate, haloed with its delicate milky foam, the Chef’s “signature” egg rests on a bed of mashed button mushrooms, in a nest of crunchy Japanese mushrooms (shimejis) singing a soft music in the palate. The combination of different flavors, the blend of exoticism and terroir, gives a noble truffle flavor to this divine dish where the egg-king, crowned with its strip of bacon, is eaten with a spoon. 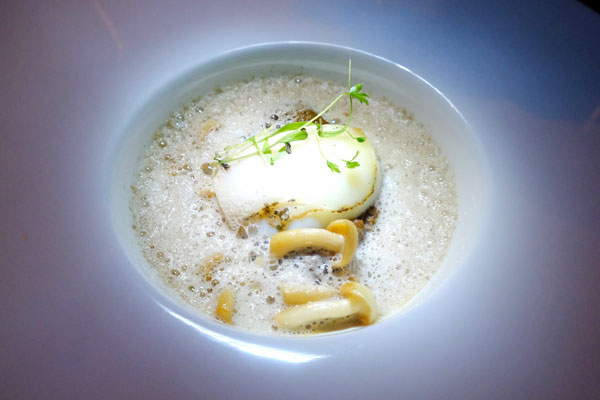 The seduction of the sea

Line caught Seabass in Pralin crust, Sweet Potato, Hazelnut and Kaffir Lemongrass broth
The Seabass is swimming in the company of small shrimps in a broth with a tantalizing rust color, accented with the orange of sweet potato balls. The seduction of the sea let us engage into a dialog between the Pralin crust and the firm and delicious flesh of the fish that marries with the exotic and refined flavor of the broth perfumed with kaffir lemongrass. We are swimming in the felicity! 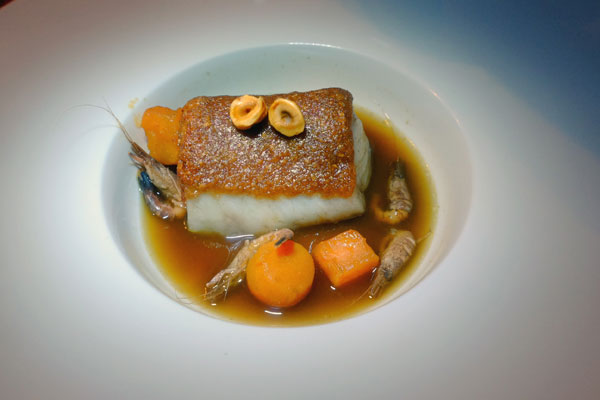 Praliné Coriander and Jivara milky Mousse with Orange
The Praliné is sculpted in thin bars of chocolate, the work of a goldsmith welded by a delicious cream on a background of nougatine, decorated with petals of Pansy. A Chocolate dessert full of finesse and balance, whose lightness is enhanced by the delicate touch of coriander which expresses itself in the finish.

The exceptional mastery of chefs and pastry chefs have given this gourmet evening in the mountain of Chefs au Sommet d’Auron the character of a rare, tasty and memorable dining experience. 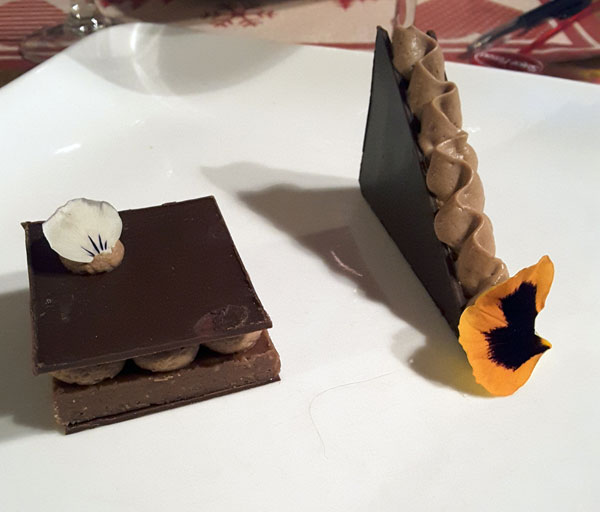 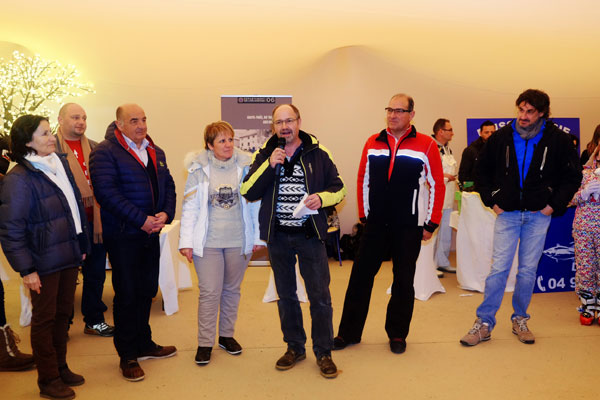 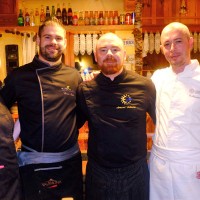 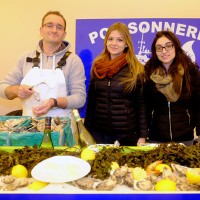 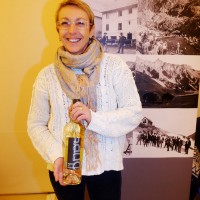 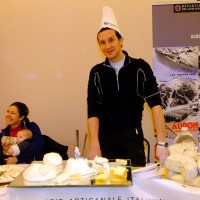 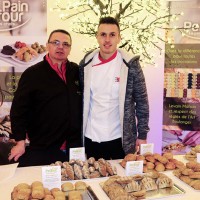 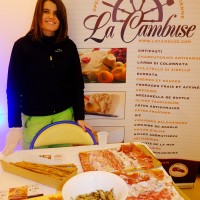 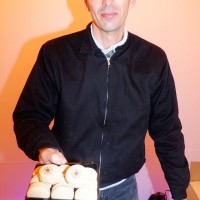 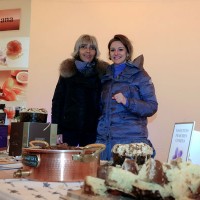 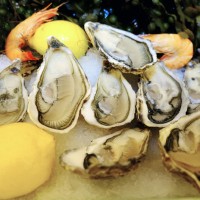