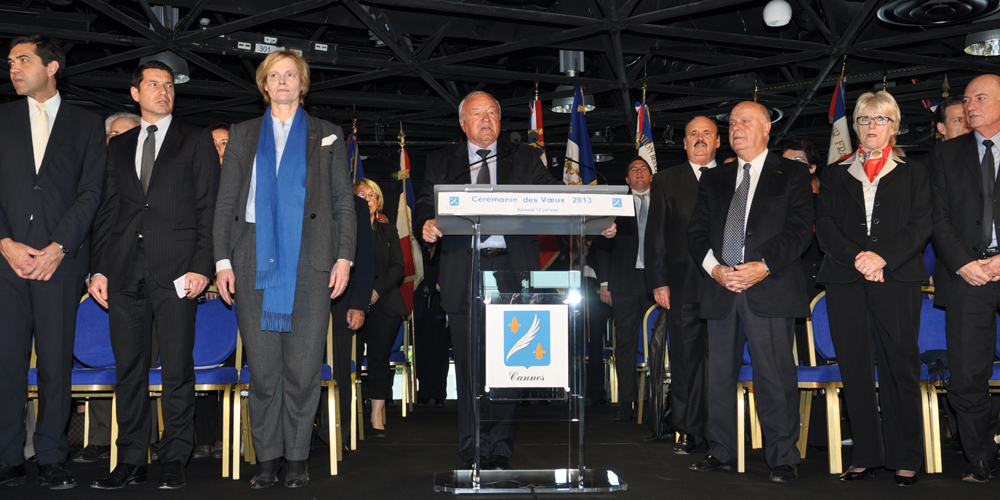 Bernard Brochand, Deputy Mayor of Cannes, extended his wishes and those of the Municipal Council to the Cannois in the Espace Lérins at the Palais des Festivals. As traditionnely, the deputy mayor’s season’s greeting ceremony benefited from exceptional fine weather and attracted a large crowd.

To cope with the challenges of the year 2013, and the urgency of recovery, he referred to Barack Obama’s speech in which the President of the United States calls the americans, urging them to do their best for their nationfor it to thrive, calling in turn his citizens to adopt the “positive attitude”. Bernard Brochand announced that he would apply at Cannes in 2013 the opposite of the taxation applied by the new government: “When the Government overwhelm the French with confiscatory taxation, the Cannes municipality does not increase its tax rate for the twelfth consecutive year!” Despite prestigious achievement undertaken by the municipality to beautify the city and improve the quality of life in Cannes. To stigmatize the exile of some forces of the nation, Mr Brochand said: “In Cannes, we’re rolling out the red carpet. Welcome to all contractors, designers, artists … welcome!” Citing the success of the SEMEC, in charge of the tourism policy and events in Cannes, which managed to win contracts with new customers to the Palais des Festivals and Congress, increasing the economic prosperity of shops and service trades, the deputy mayor praised the David Lisnard’s  work and the team around the SEMEC President. He said: “This is the spirit of Cannes, this is the Cannes brand: to conquer an uncertain world, to jump into the competitive fray with world capitals and win new customers.”
Finally, Bernard Brochand also promoted the Pays de Lérins intermunicipality (Cannes, Le Cannet, Mandelieu, Mougins, Théoule) by promising it would be “exemplary” in this time of crisis and would reduce operating costs of the whole of 20% within five years. All these measures and announced success in 2013 earned Bernard Brochand warm applause. 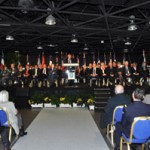 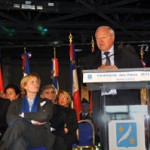 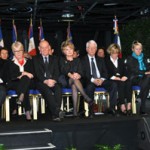 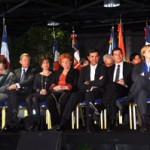 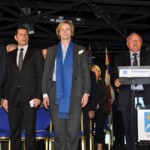