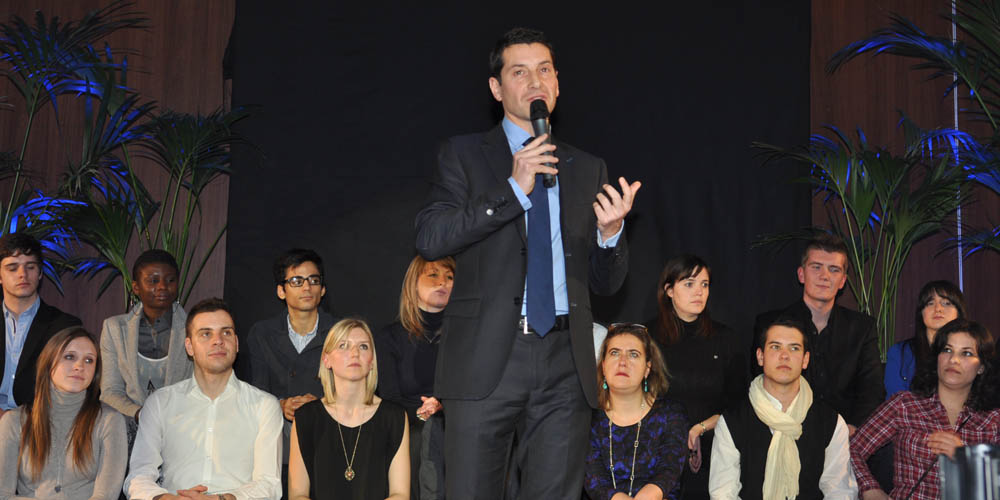 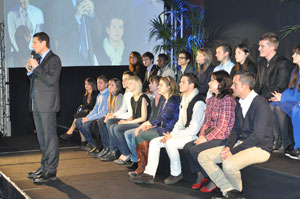 On January 25, 2013, David Lisnard, First Deputy Mayor of Cannes and Alpes-Maritimes county councillor, presented his greetings to Cannois in front of a very large audience gathered at the Martinez Hotel. In his speech, after taking stock of the activities of the past year, Mr Lisnard called the Cannes people to engagement and gathering to regain confidence in the action and in the future as soon as 2013.

Over 1,300 Cannois came to attend David Lisnard’s traditional New Year’s greetings ceremony, alongside the municipal elected majority led by deputy mayor Bernard Brochand, the Mayor of Théoule-sur-Mer, Daniel Mansanti, the elected officials of neighboring coastal and middle-country municipalities, as well as presidents of socio-professional union and merchant and neighborhood associations.

At the national level, David Lisnard calls for trust-based society, of sharing, and concrete actions to address social and economic issues of the country: “France needs a positive momentum, a constructive momentum and of facts” . Referring in turn to the tragedy in Toulouse that darkened 2012 and the dismantling of the terrorist connection in Cannes, David LISNARD emphasized the need of no compromise against jihadist Islam and to give good-faith believers religious practice worthy and respectful of the freedom of religion, guaranteed by republican institutions.
In an economic and social crisis, David Lisnard reiterated the need to support the creators of wealth, thus of fiscal resources to boost employment and enable the community to finance its public service missions. Lawyer of traders, SMEs, self-employed entrepreneurs, David Lisnard calls for freedom of initiative and support for those who dare to take risks and make the real prosperity of territories: “The State shall give breath to the economy and not strangle it by confiscatory and paralyzing measures. I pledge to defend the taxpayer.”

For Cannes, tracing the achievements of the past year and those of 2013, David Lisnard clearly stated that the time was for action. Fully engaged in the municipal life, he invites the Cannois to build a community based on respect of fates, on local identity and renewal. David Lisnard stressed the need to find again “the sens of projects”, including the creation of a regional project on a sound basis to build more quality of life”, moving from a handout rationale to the logic of shared responsibility.

Finally, tackling the forthcoming timeline, David Lisnard said bluntly: “My decision is made, it is irrevocable, it will be announced when it will have to be, in respect of the people of Cannes, in respect of the current mandate. In 2013, we certainly need to prepare 2014, but also act daily for serving the Cannois. This is what they expect from us. As for municipal elections, I’m getting ready with the overwhelming support of the people from all quarters. I’m getting ready with the immense desire to serve.” Announcing a wide consultation of the Cannois in the upcoming months, David Lisnard called for the mobilization of goodwill Cannois: ” We will build together a new project for Cannes, bound to quality of life, common sense, the sustainable renewal of our city. I ask you to join us, because I know you love Cannes!” 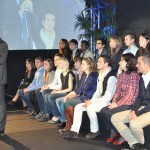 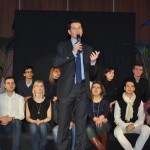 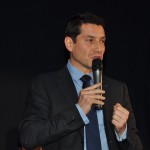 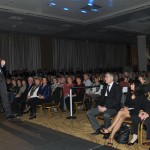 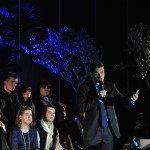 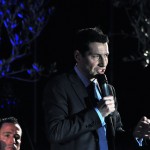 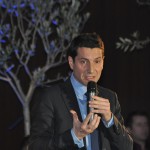 David Lisnard calls to gathering and sense of projects to build renewal was last modified: August 13th, 2014 by tamel