Black: a Colour’s Journey on Paper at Bogena Galerie 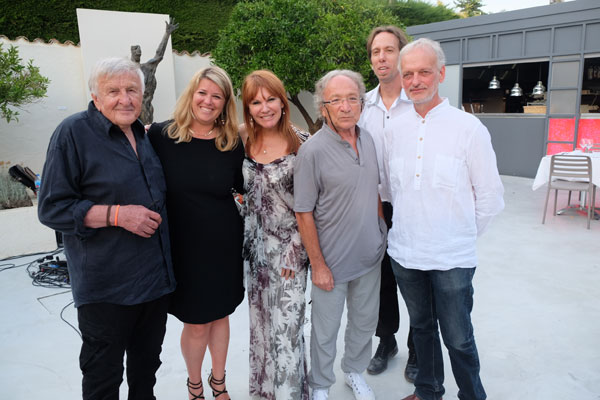 From 8 to 30 August 2015, the Bogena Galerie in Saint Paul de Vence offers encounters between seven major artists: Monique Frydman, Fernand Léger, Ernest Pignon Ernest, Christian Lapie, Francis Herth, Philippe Favier and Franta, for an artist’s intimate dialogue between the color and the medium on the theme of “Black: a colour’s journey on paper.”

The works presented at the Bogena Galerie exhibition reflect how spirituality chimes with materiality. They explore unique narratives suffused with hybrid customs and knowledge. Highlighting the relationship between East and West, they also reconsider the connection between Black and paper in contemporary Art.
Paper is a living material that evolves, sometimes deteriorates, and resonates with the work for which it serves as a medium. The elegance and sobriety of Black, though sometimes austere, opens the gates to the very substance of the work of Art, acting as a formidable catalyst.

In the West, Black has often been used as draft, drawing or sketch of the final work and was used as as foils to the colors of the paintings, but was rarely considered as a full color. While in the East, the Black was at the heart of pictorial representation for centuries. Only belatedly did Western artists used these processes as essential means of expression, like Soulages did. 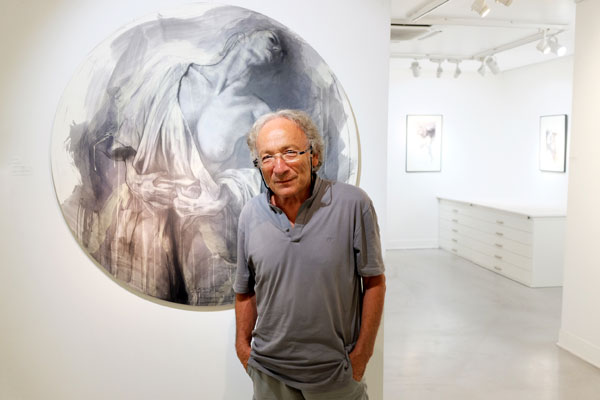 Black as a key vector

Ernest Pignon Ernest’s oeuvre – as incisive in its choice of themes as in its artistic expression – and his unflinching artistic engagement, are all the richer for their use of black as a key vector in creating a unique voice. His use of black underscores his unerringly precise lines, creating a realism that is staggering in its honesty. The marriage of technical mastery and sobriety, characteristic of the way he handles his subjects, heightens the emotional impact of his art. 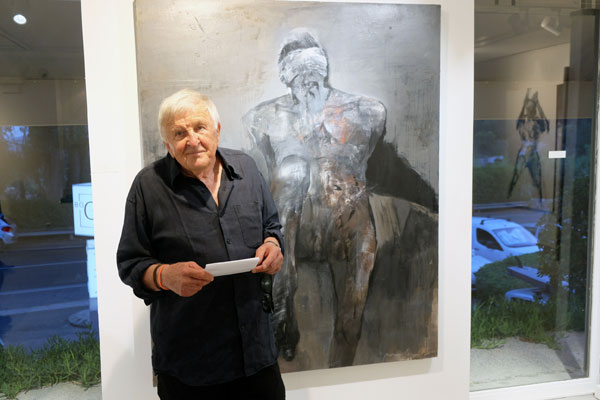 Playing with black and white

Playing with black and white to breathe life into the rigorous lines and delicate chiaroscuro, Franta, who excels in ink and wash work, has a similarly powerful, blunt impact: he shares with us intense, shimmering blacks that make darkness a vehicle for light and inhabit his characters.
It is the same with Christian Lapie who was able to infuse to his sober sculptures, the depth of this color and thus the soul of his characters. His work is based on raw materials unveiling a stunning accuracy.
Yet black would not be quite so dazzling were it not contrasted with the white of paper. Fernand Léger’s magnificent work of art, Danseuses-Acrobates, is the perfect example of this. The work is the polar opposite of Léger’s customary pictorial expression, making his multitude of figures and primary colours suddenly seem obsolete. Black demands sobriety. 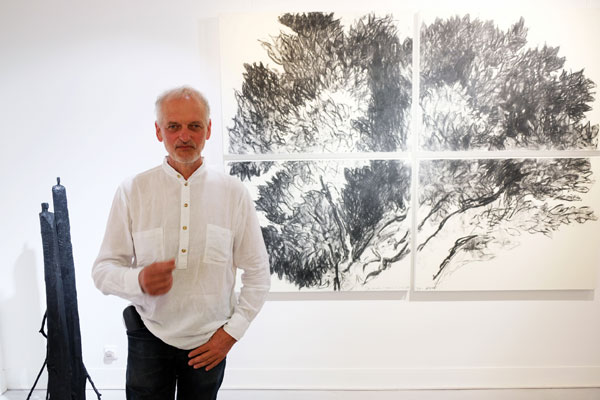 Monique Frydman, known for her focus on colour, has worked simultaneously on the themes of Black and paper, forging an alliance between the powerful Black and the fragile tissue paper that creates a light, airy, delicately subtle work of art. She handles black as a tool to sculpt light.
Francis Herth’s brush sculpts the Japanese paper he is using, creating waves and movements, declined in a sensitive variation in black or blue ink.
Philippe Favier sometimes uses transparent materials such as glass, sometimes opaque like slate or cardboard and declines a theme that balances between narrative excesses and extreme restraint, or almost nothing.

Whatever its form or its touch, an intimate relationship exists between the artist and his material. The exhibition “Black: a colour’s journey on paper ” reveals us some of the delicate dialogues from which the expressive force of shapes and lights are born. 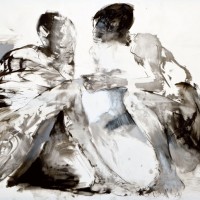 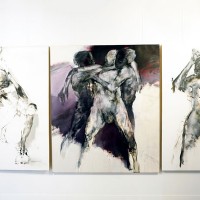 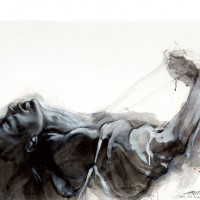 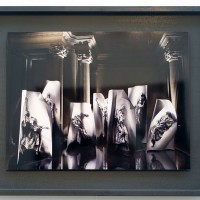 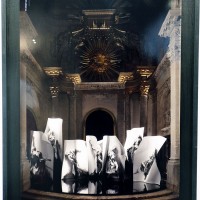 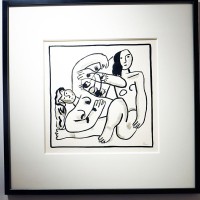 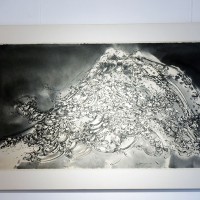 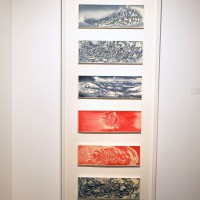 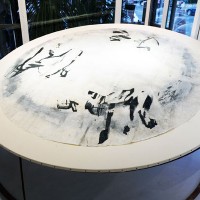 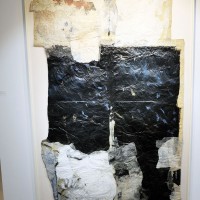 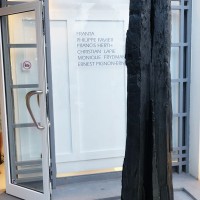 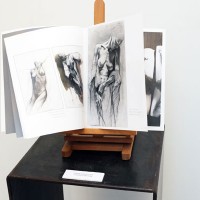 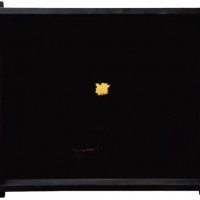 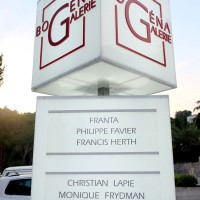 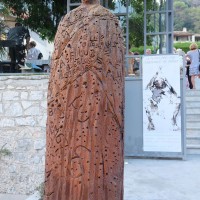 Black: a Colour’s Journey on Paper at Bogena Galerie was last modified: August 12th, 2015 by tamel