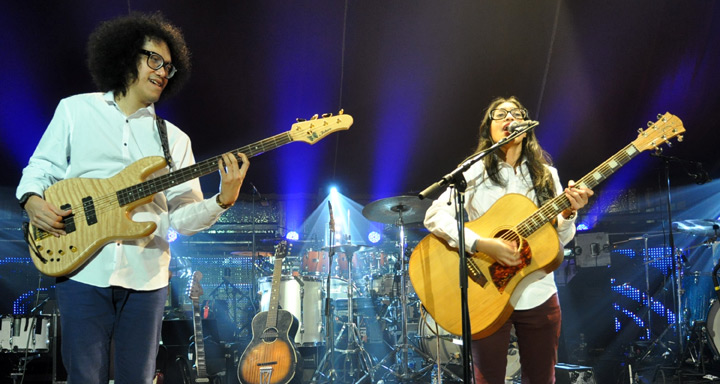 Brazil Guest of Honor at Midem 2014 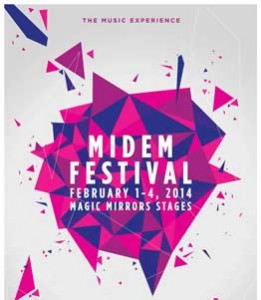 Midem, the leading international business event for the music ecosystem will be held in Cannes Palais des Festivals from February 1 – 4, 2014.

Midem is the international music market which annually brings together professionals from around the world from all sectors of the music: labels, music publishing, live performance. As always, great emphasis is placed on digital innovation. Professionals in the musical ecosystem come to Cannes to grow their businesses but also detect and discuss emerging trends.
Midem brings together in Cannes 6,400 participants from 73 countries, 450 artists and 350 journalists. During the event, more than 19,000 tweets that are issued.
Famous French musician Jean Michel Jarre will be one of the panelist, with major players in the music industry, of Midem 2014 conference program, who will will tackle this year’s issue in the spotlight: “Return to growth – Let’s make it sustainable!”

midem festival: music from around the world

This year, the third edition of midem festival features more than 40 concerts by artists from around the world on two stages, two Magic Mirrors, which will focus all energies and creativity of international talent.This year, Brazil is Midem’s Country of Honour and one Magic Mirror is dedicated to performances by artists from this country (Ze Maria, Marcio Faraco, Criolo…).
The second Magic Mirror stage will host performances during “Music at Noon” lunchtime gigs and concerts. The “Night Sessions” will host some pavilions musical nights with, among others, the return of the Taiwan Music Night and Malaysian Supernova. A concert showcasing Jazz & Mougham d’Azerbaïdjan at Majestic Hotel and the midem Off will complete this exciting live programme.

midem festival program at a glance:

Stage 1: Spotlights on Brazil  • 3 nights of live (Saturday to Monday) from 08:00 pm to midnight. • Happy hours as opening on each evening at 6:30 pm. • The program includes the evening Brazil Inside Out (name TBC) / Sounds Like Rio / New Samba Generation.

Stage 2: Scene dedicated to pavilions • Sessions “Music at Noon”: every noon, from Saturday to Tuesday, 3 groups, 3 30 min showcases, from 11:45 am to 2:45 pm. (The Happy Hippo Family, SULUTUMANA, Amsterdamn, MAX STONE, Cu++…) • “Night Sessions” in the colors of one country: Taiwan Music Night, K-Pop Night Out, Malaysian Supernova.
Competitions • “Pitch your song”: Go Tell The Eskimo will perform a showcase during the “Music at Noon” on Sunday, February 2. • “Play Midem Live”: CALLmeKAT and The Young Folk, the 2 winners selected in partnership with Sonicbids, will perform during Tuesday’s “Music At Noon”.

Full program and artists reviews on:

During Midem, on February 3, Sony ATV Music Publishing is offering a concert at Théâtre Debussy Hall in the Palais des Festivals during which, the Regional Orchestra of Cannes Provence Alpes Côte d’Azur will interpret some of the best films soundtracks. The ORCPACA  will be exceptionally conducted by Laurent Petitgirard, composer and conductor.
Artists Emily Loizeau and Ibrahim Maalouf will perform, as guest soloists, their latest compositions for the films “Il était une forêt” and “Yves Saint Laurent”, currently at the top of the box office.
This event is the first in a series of concerts of film music they will give during the Festival de Cannes, throughout France and abroad.