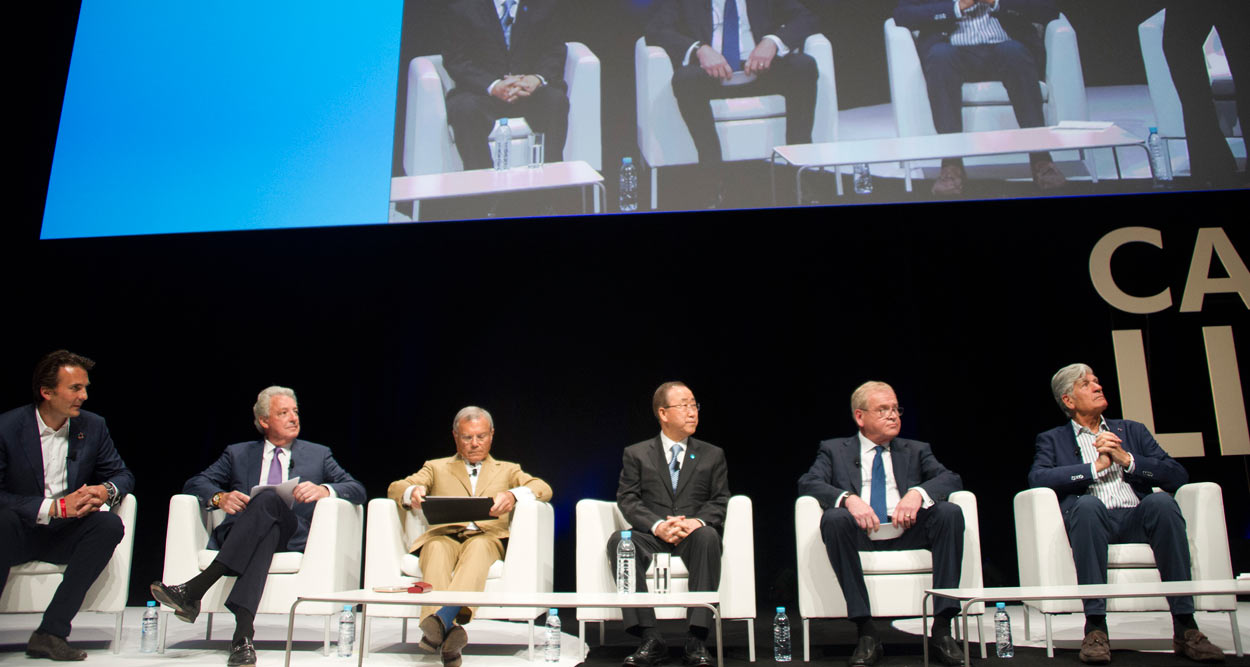 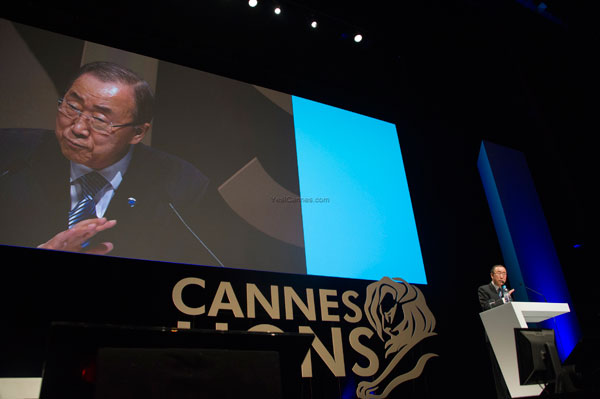 Mr Ban Ki-moon, UN Secretary-General, initiated the Common Ground to achieve sustainable development goals thanks to the help of the six largest communication companies in the world.

Mr Ban Ki-moon, the eighth Secretary-General of the United Nations, has sought at Cannes Lions the help of the creatives to achieve 17 sustainable development goals to transform our world and help the world’s poorest and most vulnerable people. On Friday 24 June in the Lumiere Theatre, the the world’s six largest advertising and marketing services groups – Havas, Publicis Group, Dentsu, IPG, Omnicom and WPP – have agreed to bridge the gaps and find a common ground in a collaborative initiative for the global common good. 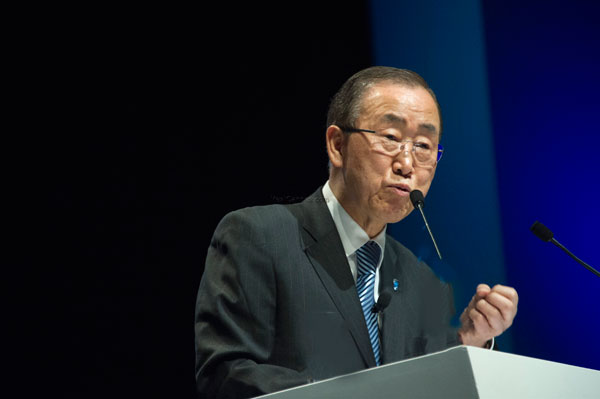 The landmark Cannes Debate session, unprecedented for the industry, was hosted by one of the BBC’s most senior presenters, Zeinab Bedawi. She first introduced Mr Ban Ki-moon, the Secretary-General of the United Nations, who made the keynote speech about the sustainable development goals he initiated last September at the UN’s General Assembly. He started by a joke: “I’ve heard a lot about the International Festival of Creativity: somebody told me this is the world’s biggest gathering of mad men!” With a mischievous smile, he added: “I thought to myself: You should see the people I deal with…” 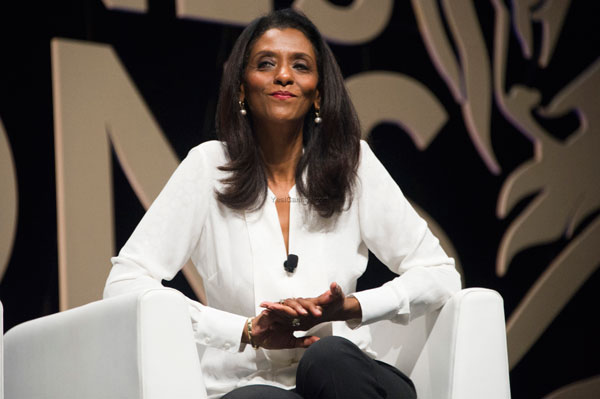 We can find a common ground

The Secretary General reminded the peace agreement signed in Havana between the FARC and the Columbian government and announced the weapons which killed so many people during the 52-year war would be melted to make peace tributes. Mr Ban said” This was a reminder that, despite the turmoil in this world, we can find a common ground”. Evoking the Brexit, he added: “I’m convinced that when we work together, we are stronger. That’s the key to a better world, and it’s in our hands!” 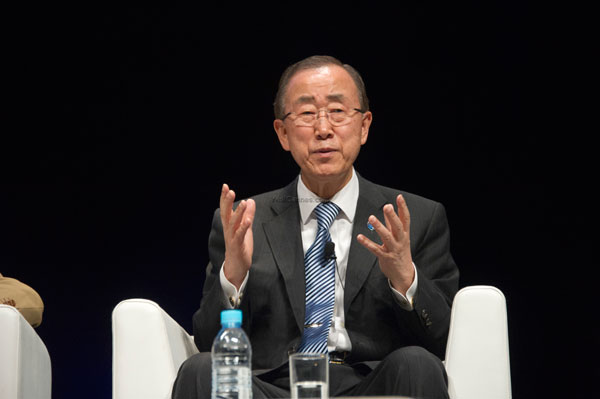 The biggest campaign ever for humanity

Ban Ki-moon asked the creative and advertising people for help, to use their “tremendous power to shape opinions”, their expertise in storytelling, to “create the biggest campaign ever for humanity”.
The Secretary General then recalled that the 17 Sustainable Development Goals, adopted unanimously by the Member States in September 2015, is the most ambitious and far-reaching program ever undertaken in the fight against poverty, to ensure prosperity for all and the protection of the the planet. In this first year of implementation of the SDO, he said that an innovation such as the Common Ground “is particularly timely”.
He summarized the urge for action with this tagline: “We are the first generation and the last generation that can end the global poverty and we are the last generation that can address climate change before it is too late!” 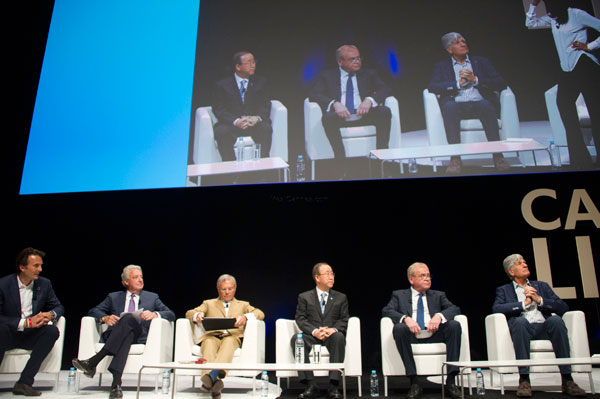 At the end of his keynote speech, greeted by a standing ovation, Mr Ban Ki-moon was joined on stage by the the CEOs of the major advertising groups in the world.
In an upsurge of solidarity, the CEOs Yannick Bolloré (Havas), Maurice Lévy (Publicis Group), Sir Martin Sorrell (WPP), Tadashi Ishii (Dentsu), Michael Roth (IPG), John Wren (Omnicom) have agreed to put their differences aside and have responded present at the invitation to support the Common Ground initiative.
“The United Nations has identified global issues that transcend commercial rivalries. We will work in partnership to support the objectives of sustainable development. With the unique joint initiative Common Ground, we want to demonstrate that even fierce competitors can put aside their differences in order to serve a wider public interest and move ahead with the agenda of sustainable development program until 2030”, they have said.

The Common Ground initiative is to begin soon, with the launch of a global advertising campaign easy to understand, aimed as much at school children as at adults, using advertising space given free by key companies and publications. 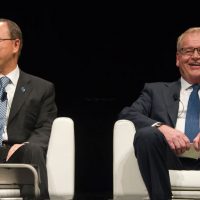 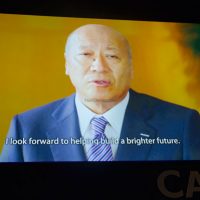 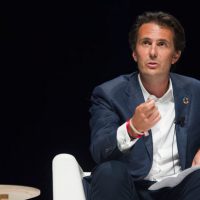 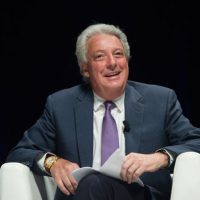 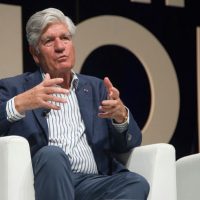 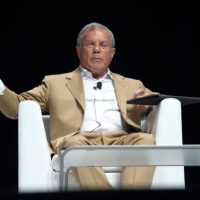