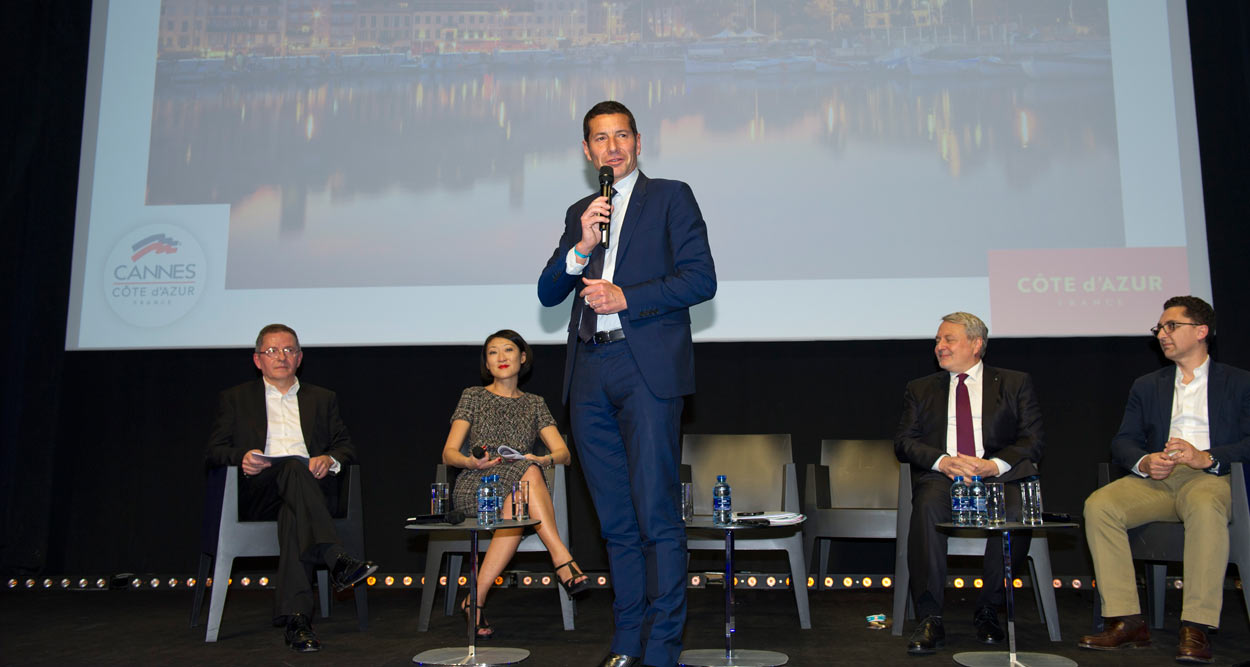 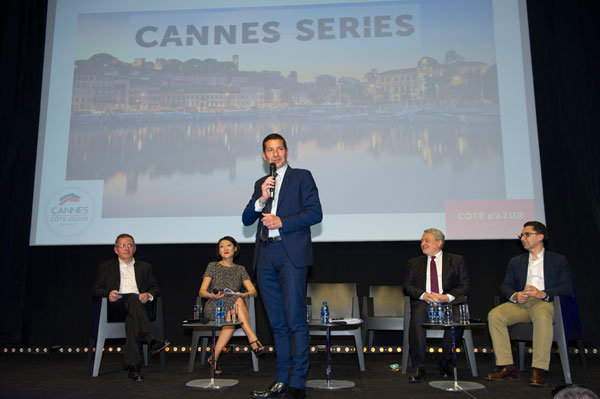 The first International Cannes Series Festival will be held in April 2018. David Lisnard, Mayor of Cannes, unveiled the program at MIPTV 2017.

Cannes Series, the International Series Festival – supported by MIPTV and its organizer Reed MIDEM – will be “different and original”, David Lisnard said, during his presentation on the stage of the Grand Auditorium of the Palais des Festivals in Cannes in front of a gathering of international personnalities including the President of the new festival, former Minister of Culture Fleur Pellerin and Paul Zilk, CEO of Reed MIDEM. 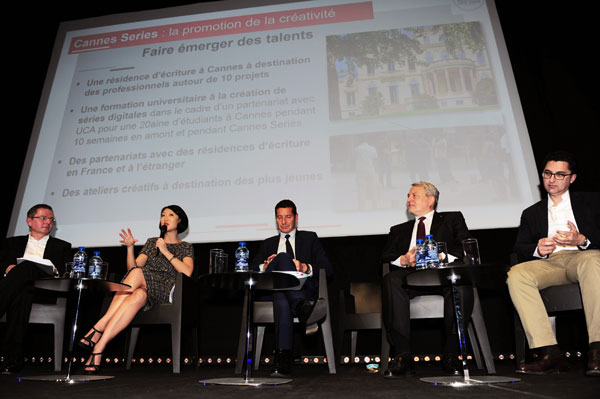 A prestigious and demanding event

The polemic surrounding Cannes Series – since Ministry of Culture Audrey Azoulay‘s announcement of the project of another international festival of series in Lille – leaves its instigator David Lisnard optimistic and serene: “I was not yet Mayor of Cannes that I was already talking about it!” The Mayor of Cannes has the ambition to establish on the territory of Cannes an ecosystem around the creative industries and the formation of talents. For the very dynamic mayor of the Capital of Festivals, the stakes are not only cultural but “economic, social, event-driven and identifying”.
President Fleur Pellerin outbid the qualifiers to present the new international festival in Cannes: “An increased festival, a prestigious, demanding but public, glamorous and intergenerational event”.
On the stage, after Mr Lisnard and Mrs Pellerin, Paul Zilk, Maxime Saada, Managing Director of the Canal+ Group, and Benoît Louvet, General Manager of the festival, clarified and detailed the future program of the festival of series. 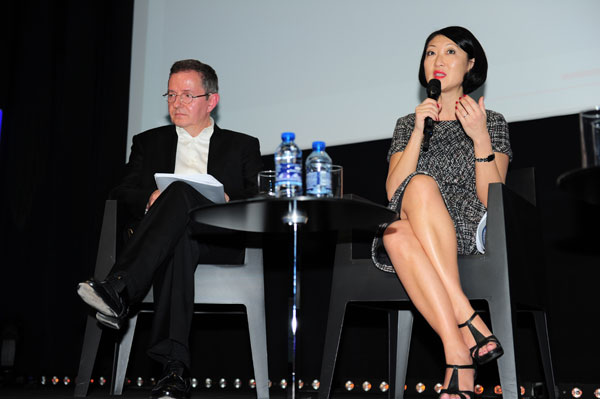 TV series are no longer merely an innovative genre of the audiovisual industry: with the multiplication of broadcast platforms and the enthusiasm of the public, the “scripted” series of fiction went from being a minor production to a major work.
The International Festival Cannes Series will therefore offer an international competition highlighting ten unpublished series among the selection. Around jury of at least five members, chaired by a world-renowned personality, are forecast public screenings – more than 200 free screenings are announced throughout the city – debates, master classes, parties…
The International Cannes Series Festival will last one week in April 2018, along with MIPTV, the international market for audiovisual programs in Cannes. 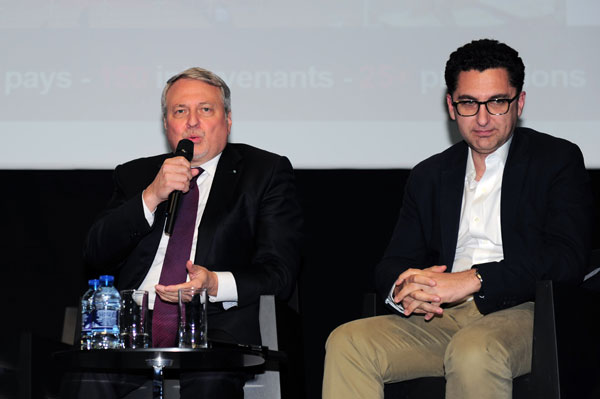 Creativity will be honored, including residences for professionals (ten projects selected) and the opening of a campus where a university training in the creation of digital series will be taught.
David Lisnard emphasized this part of the project by mentioning a “wealth-channeling event, with artists and commercial”, and by announcing that a city of companies and places intended for production and post-production would be created. 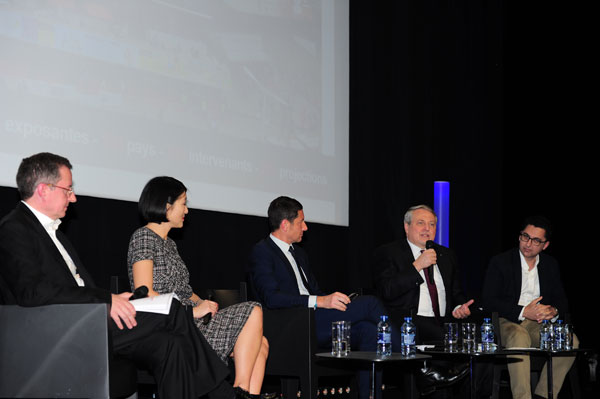 Hopefully, Cannes Series, presented as “a federative and creative festival to bring together artists, professionals and the general public”, will get its chance in the sun, in a saturated and confused world of series festivals in which Lille intends to impose itself along with Paris which stands its ground (without mentioning La Rochelle, Fontainebleau, Monte Carlo).
“Creativity is such that there will be room for several festivals,” prophesied Fleur Pellerin, before adding: “We are in the era of cooperation, not competition, and it is not excluded, in the future, that we have exchanges with other teams to get along intelligently.” Dont acte… 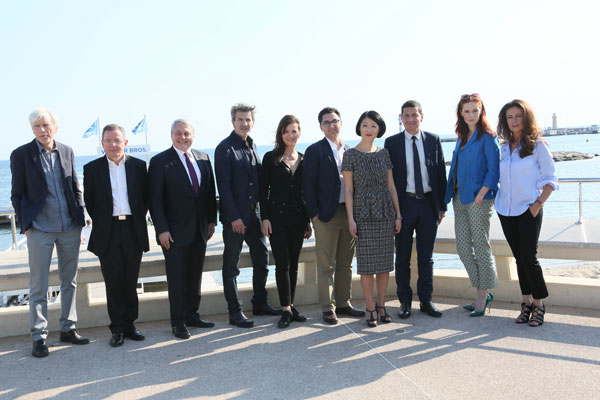 Caught in the spiral

After the press conference to launch Cannes Series, the personalities posed on the Croisette with the stars of the small screen from Engrenages, the French series created by Alexandra Clert and Guy-Patrick Sainderichin for Canal +, which – after seducing Switzerland and the United Kingdom – sets off to conquer the United States on Netflix, under the title of Spiral.