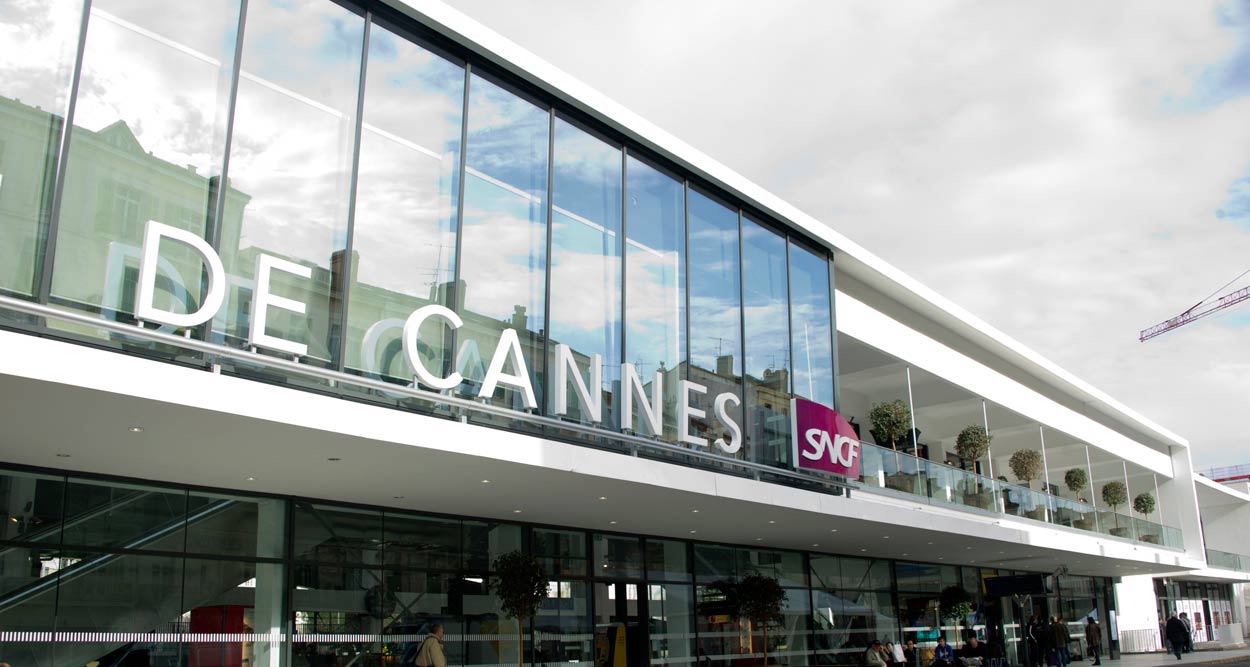 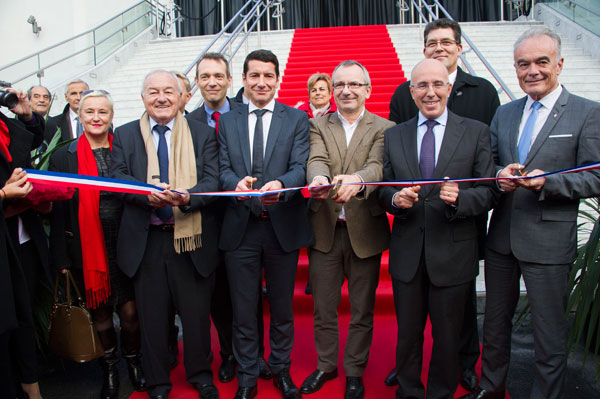 The passenger hall of the Multimodal Exchange Centre of Cannes train station was inaugurated on December 15, 2014, by David Lisnard, Mayor of Cannes.

The Cannes train station continues its renovation to improve the passenger’s comfort and the quality of the equipment to become a real correspondence centre between train, bus routes and cars, fully playing a role of an interface between the city and its transport network.

Open to the public since a few months, the passenger hall was officially inaugurated on Monday, December 15, 2014, by David Lisnard, Mayor of Cannes and Eric Ciotti, President of the General Council, in the presence of Richard Galy, Mayor of Mougins, André Aschieri, Mayor of Mouans-Sartoux, Patrick Robert, SNCF Managing Director, and many personalities. 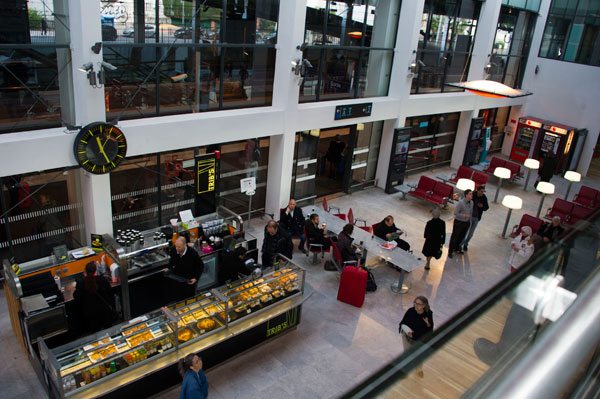 A major innovation, a monumental staircase is connecting the top and the bottom forecourts in line with the famous red steps of the Palais des Festivals, leading to the Nirvana of film creation, the Festival de Cannes.
Inside, the luminous passenger hall is elegantly decorated in the same spirit: the high ceilings are covered in red folded fabric – like the stage curtain at the Palais – and its chic red seats, marble floor and soft lights evoke a 7th Art decor. 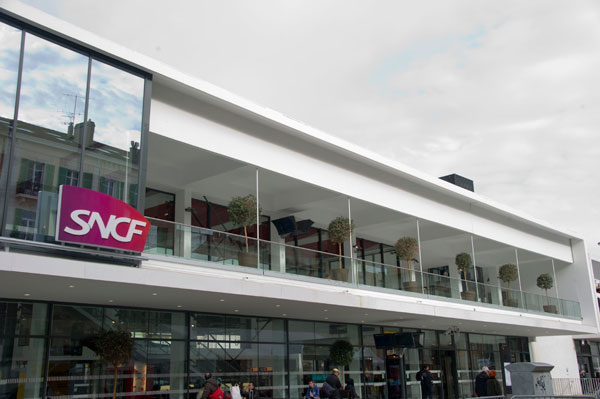 What travelers passengers who are waiting value most: a raised promenade area on the first floor, accessible by escalator and lift.
The passenger hall now includes a comfortable waiting room of 900 m2, furnished with high tables equipped with connections for tablets and smartphones.
A press sales kiosk and fast food are already available.
A specific signage is in place in the station, supplementing the action of agents at the station to help users.
Icing on the cake, a self-service piano will seduce the music lovers, to be carried away by a few tunes.

The Cannes train station welcomes nearly 3.4 million passengers a year – brought by more than 45,000 train – and this figure is expected to exceed 6 million within 10 years.
To strengthen the attractiveness of the neighborhood, the promoter Vinci Immoblier will realize a 125-room hotel and a 2,400 m2 shopping center. The whole renovation will be fully completed in early 2016. 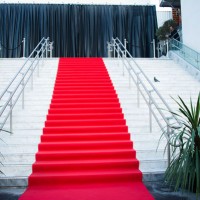 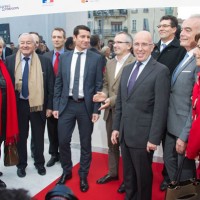 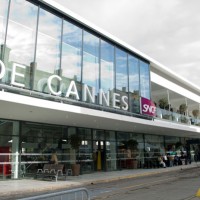