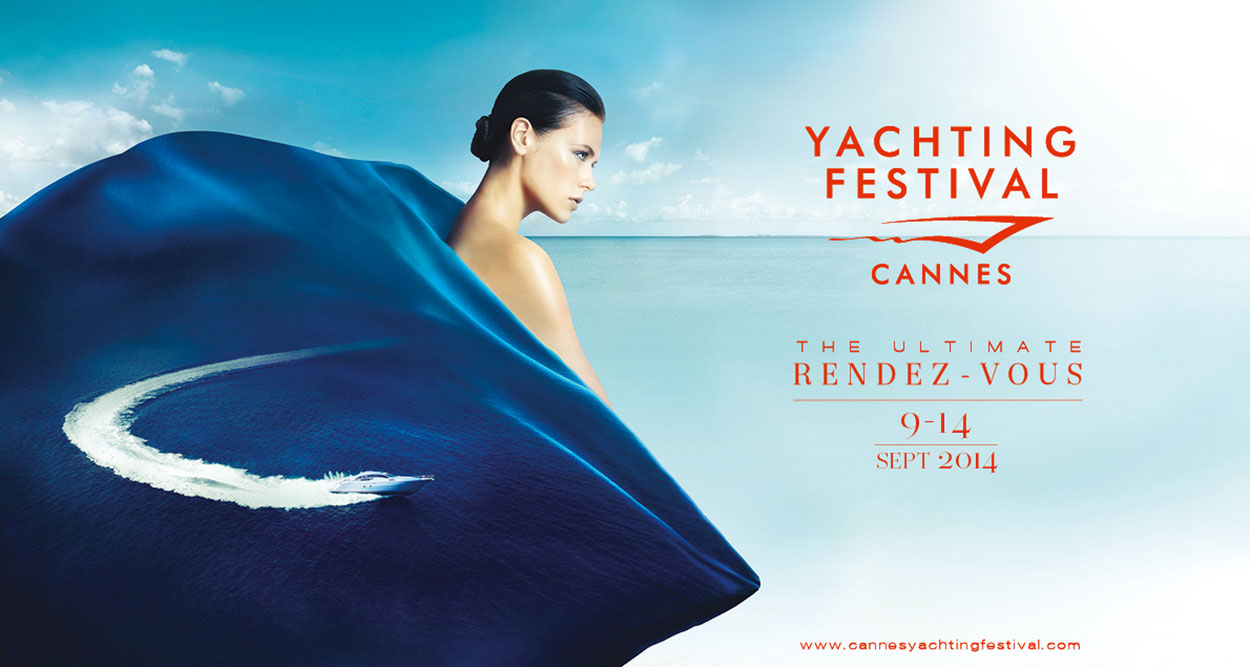 Under its brand new name Cannes Yachting Festival, the 37th edition of the first European afloat show will be held from 9 to 14 September, 2014 in the famous bay of Cannes.

Formerly Festival International de la Plaisance de Cannes (Cannes International Boat Show), the aflot boat show leader in Europe expresses through the name Cannes Yachting Festival the increasingly international positioning of the Festival. To kick off the 2014-2015 yachting season, the Festival will unveil the latest top of the range novelties designed by the world’s largest shipyards, gathered to present more than 500 new boats, sailing or motor, monohulls or multihulls, including many World premieres.

Yachting Cannes Festival hosts many international exhibitors like Benetti, Sunseeker or Beneteau Group. During the six-day event, the Old Port will showcase exciting new luxury models, products and technology with a combined offer of motor boats and sailboats from 5 to 50 m long on the water, and present manufacturers of parts and service companies ashore.
Visitors will discover the Benetti Tradition Supreme 108 (diesel-electric hybrid model), the 58 HT Chaseboat of Otam (which celebrates this year its 60th anniversary), the Riva Mythos 133, the Lagoon 630 Motor Yacht (firts motor yacht by the French manufacturer) or the Jeanneau Oceanis 60, to name a few naval gems to admire throughout the Festival.
This offer will be supplemented with new areas dedicated to day-boats and RIBs and a Shopping Village of brands related to the world of yachting.

A Festival full of color

Aiming to simplicity, the 2014 edition of Cannes Yachting Festival will be sectorized in eight areas of different categories of exhibitors (seven on the Old Port, one on Port Pierre Canto). Each of these areas will bear a unique name and will be associated with one color, allowing visitors to find their way more easily.

The Nice Côte d’Azur Chamber of Commerce and Industry has undergone extensive renovations of the Cannes marinas to welcome more than 50,000 visitors from around the world at the show. The Pier Albert Edouard was adorned with a wide pedestrian promenade with new street furniture and green spaces. The Pantiero docks were rebuilt and enlarged, allowing to offer another fifty places.

At the other end of La Croisette, the Port Pierre Canto also see the end of a beautification phase started in autumn 2012 and boasts a spendid new Harbour Master’s office in the shape of a boat. It will host the largest brokers in the world in the Brokerage & Charter Area that will showcase some second-hand 50 units. Brokerage companies, charter and services will also be present alongside the second-hand boats.

During the nightly opening of Cannes Yachting Festival, glamorous cocktail parties are held alongside some of the leading luxury brands.