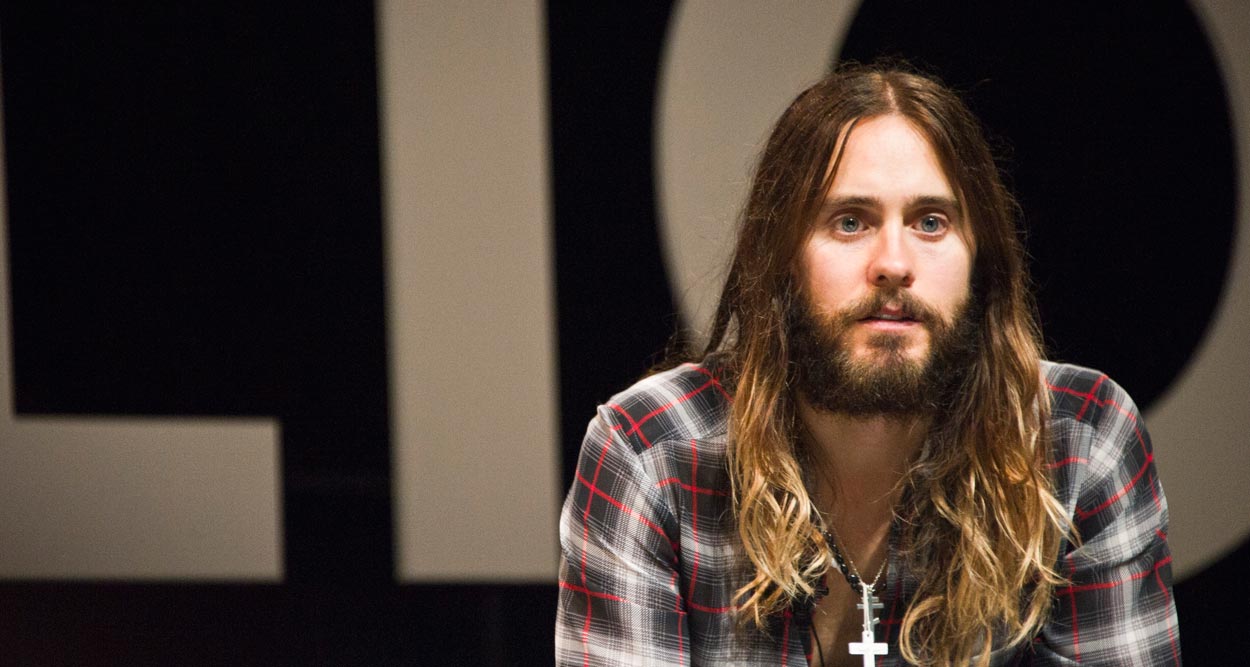 At a seminar at Cannes Lions 2014, actor and musician Jared Leto took part in a conversation with Benjamin Palmer, CEO and chief creative officer at digital agency The Barbarian Group.

Hansome and sexy Jared Leto, the man with steel-blue eyes, imposing hair and beard, appeared wearing a wide open gray and red plaid shirt  revealing a necklace with a huge black cross on his beautiful chest. Often recognized, not necessarily for his talent but for his plastic and beautiful face, Jared Leto is a person who definitely does not go unnoticed.

Jared Leto, American actor, singer-songwriter, musician, director, producer, activist, philanthropist and businessman of 42 years, has known a resounding success with his latest film, in which he plays the role of a transsexual suffering from AIDS in Dallas Buyers Club by Jean Marc Vallée.
For the role of Rayon, alongside Matthew Mc Conaughey, who plays the lead role, and Jennifer Gardner, he had to lose between 13 and 19 kilos. His performance earned him numerous awards, including the Golden Globe Awards 2014 (Best Actor in a Supporting Role) and the Oscar for Best Actor in a Supporting Role.

Asked about the Cannes Lions main issue, creativity, Jared said that “if advertising is creative, it’s not advertising! It’s entertaining and informative, like a conversation.” As the conversation tackled the issue of technology, he said: “Technology doesn’t mean we live in a cold world where people don’t connect anymore.Technology has actually helped to foster relationships and communities as we make new friends online through social media.”

Jared Leto, the voice of feminism

Then he was asked about his role as a transsexual in Dallas Buyers Club. He expressed his great affinity with women, explaining that after the departure of his father soon after his birth, he has-d been raised by his mother, a wonderful and unique woman.
Jared also told that, for the role in the film, it was difficult for him to adapt to wearing high heeled shoes, tights which were squeezing him. For him, this was torture and he understood, through this experience, the suffering of women forced to match beauty criteria requirements.
He thinks the world can now change thanks to women. According to him, they should realize that they have great power in their hands. They are the ones who can change the world through their sensitivity, their maturity, their lucidity, but also their authority.

Let me take a selfie!

The actor has shown throughout the conversation with Benjamin Palmer that he had the sense of humor joking with the Cannes Lions audience of hundreds, calling out those who arrived late or left early, even pretending, when an attendee was leaving before the end: “That’s my father!”
In the end of the interview, he invited two girls from the audience up on stage and was photographed with them with a cell phone for a funny selfie. 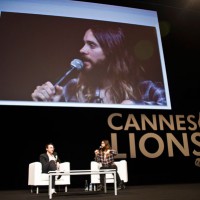 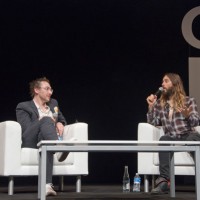 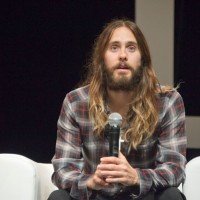 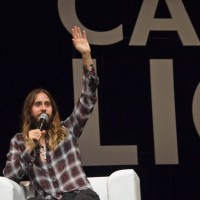 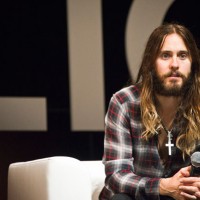 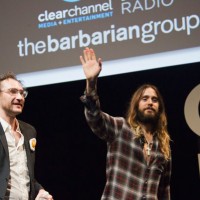