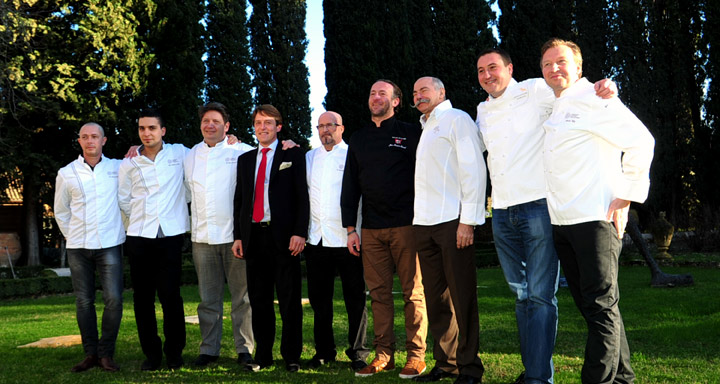 For 4 years, Chef Stéphane Lelièvre has annually been offering at its restaurant Les Pins Penchés in Toulon a gala dinner for the Restos du Coeur concocted with with big-hearted friends chefs. He thus contributes with more than € 20,000 to the annual budget of € 180,000 of the Var branch of the association created by comedian Coluche.
Alain Ducasse, President of Châteaux & Hôtels Collection, of which Les Pins Penchés is a member, was seduced by the principle of this charity event and amplifies it at national level through establishment listed in the prestigious Châteaux & Hôtels Collection. Châteaux et Hôtels Collection had at heart to initiate a large-scale project true to its tradition of generosity and sharing. It is therefore natural that the brand chaired by Alain Ducasse decided to organize a national and gourmand event to the benefit of Restos du Cœur.
Five charity gala to benefit Restos du Coeur, five dinners prepared by nearly 40 chefs, will be held simultaneously in France on Sunday, March 23, 2014 in Toulouse, Annecy, Rennes and Strasbourg. In Toulon, the gala dinner will take place at the restaurant Les Pins Penchés, in a hall that can accommodate 300 guests. All the dishes will be prepared with donations from chefs’ suppliers.

These evenings mark the end of the association’s winter campaign and all revenues will be donated to Restos du Coeur. This is the only national convention of this kind that Véronique Colucci, widow of comedian who died too soon, has agreed to date.

About the event, Stéphane Lelièvre said: “Extend a hand, help, share, and these values are that of the cuisine and cooks. My friends chefs from Châteaux et Hôtels Collection and myself are delighted to help with our passion and offer our time for this evening. On March 23, we will be “Robin Hood” by feasting the gourmets in the region to give to those in need of the Restos du Cœur.”

Gourmet menu of four dishes plus wine and champagne

This charming estate, member of Châteaux & Hôtels Collection, is indeed adjacent to a Benedictine Romanesque abbey from twelfth century where Garcende de Sabran, Queen of Provence, took the veil before becaming its abbess. Purchased and renovated in 1938 by Sylvia Fournier, owner of Porquerolles Islands, the new Hostellerie is the first “four star” in the Var. General de Gaulle stayed three times, praising his “soothing serenity.” Meanwhile, the medieval part receives major restoration.
In 1999, Alain Ducasse takes over the Hostellerie and carefully renovated it into a charming inn in the heart of Green Provence. It quickly became an unavoidable culinary rendezvous of the region where the gourmets feast of the sensitive culinary interpretation in line with the singularity of the Hostellerie site.
The Chef hired the expertise of artisans in the country to give this beautiful house its eighteenth century Provençal charm, under the management of Michel Robert, architect in Brignoles. The landscape architect, Francesco Flavigny, was chosen by Historical Monuments to rearrange the garden and preserve the bicentennial three-hectare property essences.
In 2011, Alain Ducasse entrusted interior designer Tonia Peyrot with the mission to reintroduce the history of Romanesque abbey. She has created a feminine atmosphere made of lightness, refinement, carefree and restoration of lost happiness, inspired by the nuns who were living here. The aim was to restore the Hostellerie personality and true identity, the extra soul characterizing strong and unusual places. 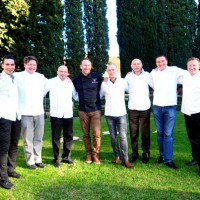 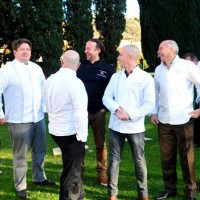 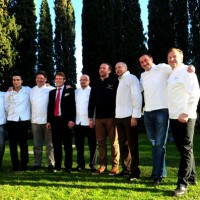 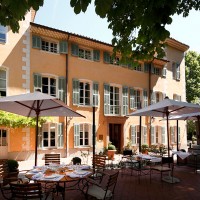 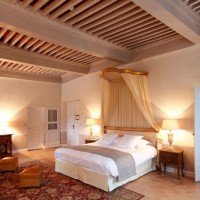 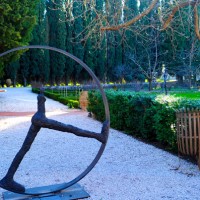 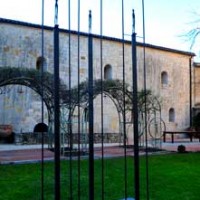 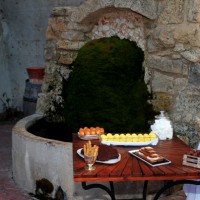