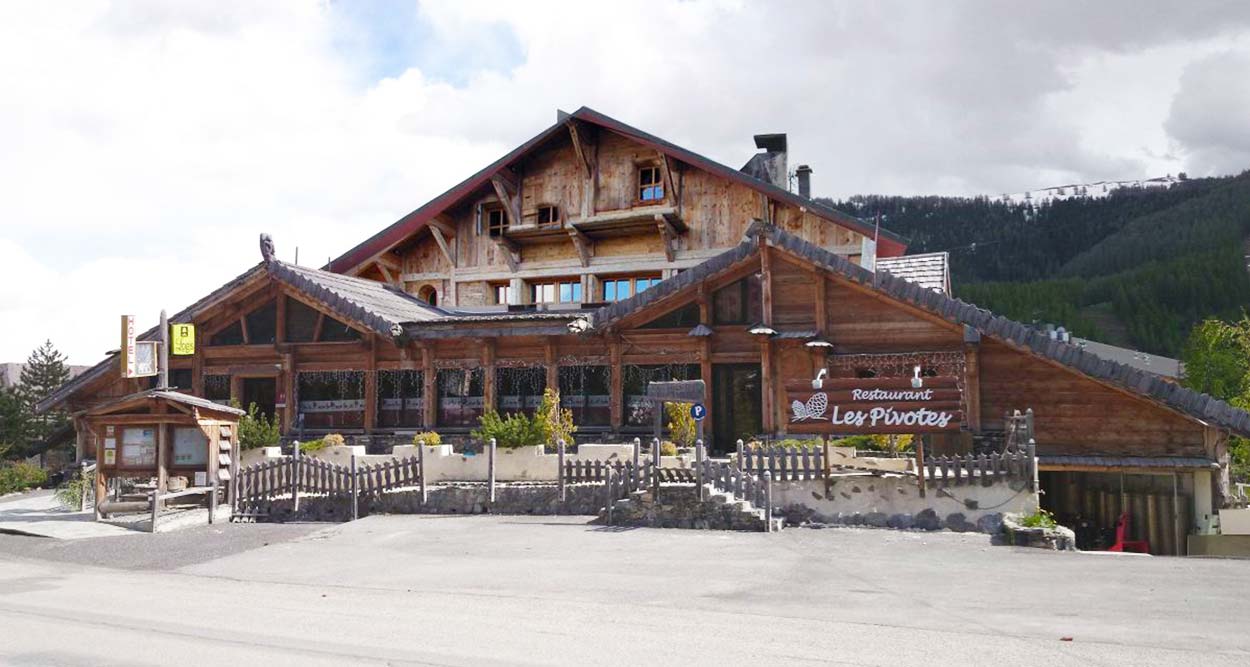 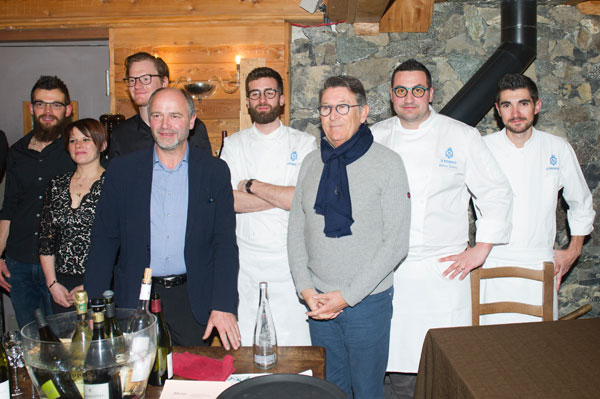 From January 19 to 25, 2019, Les Chefs au Sommet d’Auron – 8th edition – offered memorable gastronomic experiences to tourists and locals. In addition to the chefs’ shows-cooking at the ice rink, renowned chefs officiate each evening in the restaurants of the Haute Tinée resort and offer sumptuous gastronomic dinners at a unique and privileged price of € 45 per person. The chef Virginie Basselot, executive chef of Hôtel Négresco, godmother of the Chefs au Sommet d’Auron 2019 and pastry chef Fabrice Didier from the Negresco restaurant, Le Chantecler, delighted the gourmets’ taste buds at Les Pivotes restaurant in Auron.

High gastronomy at the foot of the tracks

For eight years, the Festival of Mountain Gastronomy has been bringing together many talented chefs and pastry chefs from the Côte d ‘Azur who share an authentic moment of culinary pleasure and conviviality in the heart of the sumptuous Mercantour mountains. During the Festival, big names in the culinary world perform every night real gastronomic feats by cooking dinners on “pianos” unknown before. On Monday, January 21, 2019, Virginie Basselot and pastry chef Fabrice Didier have transposed the delicious culinary experiences of Le Chantecler in the woody, warm and mountain setting of the Pivottes in Auron. 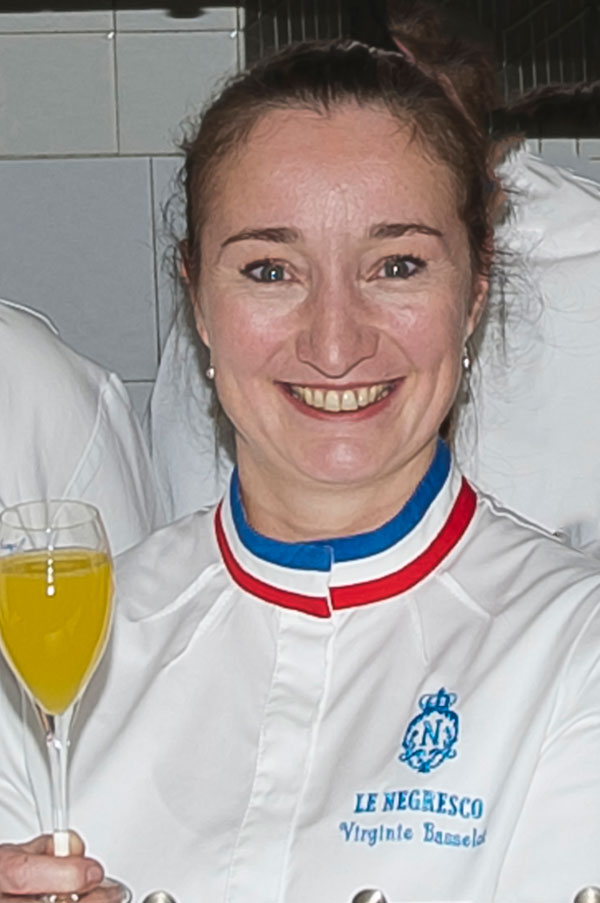 A native of Normandy, Virginie Basselot fell into the family pot of her parents’ inn in Pont-l’Évêque. After a first job at the Casino de Deauville, from the age of 19, Virginie will be perfecting her skills at Dominique Bouchet‘s at Le Crillon in Paris and then at Guy Martin‘s at Le Grand Véfour before joining Eric Frechon and Franck Leroy‘s brigade at Le Bristol. In 2008, she became sous-chef and in 2009, savored the consecration of the third Michelin star of Le Bristol. Virginie Basselot is then chef at the Saint-James-Paris where she will be awarded a first Michelin star. In 2015, she passed the Meilleur Ouvrier de France contest and became the second woman to be honored with the blue-white-red collar after Andrée Rosier, chef of Les Rosiers restaurant in Biarritz. In 2016, Virginie Basselot practices her art at La Réserve Genève in Switzerland where she will win a star and the title of “Cook of the Year” 2018 for Gault & Millau Switzerland. Back in France, she took the position of Executive Chef at the Hotel Négresco in Nice, where she just confirmed in January the two Michelin stars of the restaurant Le Chantecler obtained by her predecessor Jean-Denis Rieubland. 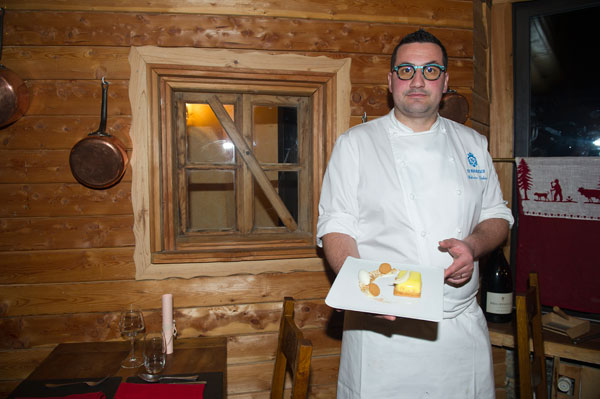 Fabrice Didier, the excellence in pastry

For the past two years, Fabrice Didier has been in charge of the pastry brigade of the two-star Le Chantecler restaurant in Le Negresco, succeeding Fabien Cocheteux (now at the Élysée), of whom he was the second for four years. After a complementary mention of Dessert Cooking, obtained in 2006, he trained in prestigious establishments such as the Eden Roc Hotel in Antibes or the two-star restaurant Le Grand Véfour by Guy Martín. Fabrice Didier is a pastry chef who has the art of mastering all the subtleties of pastry acquired in each of his professional experiences. Strawberry, chocolate, honey and citrus are his flagship products, noble products that he sublimates with the greatest respect for their flavors for the happiness of guests. 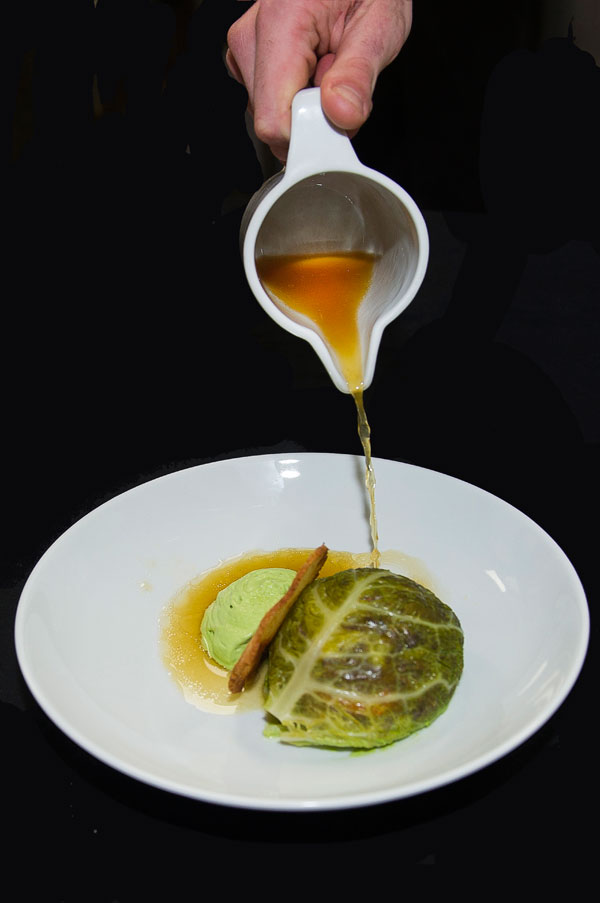 Two stars at the foot of the tracks

Virginie Basselot’s gastronomy claims to be beyond fashion trends, discreet and classic, direct and simple, where visual, tastes and perfumes are at the rendezvous. The marriage of flavors is perfect, each well discernible, glittering on the palate, but forming a harmonious whole of alliances and contrasts. The dishes showcased the noble products of the region, inspired by the Bio and Locavore values advocated by the Chefs au Sommet d’Auron. Virginie Basselot favored the alliances of vegetables in the amuse-boucche and the entrée – a limpid, elegant and light festival of vegetables – to offer in main course, an original pot-au-feu revisited into a stuffed cabbage, generous with creativity and high in flavor. In apotheosis, Fabrice Didier composed a sunny dessert on the theme of lemon from the country, in an artistic version of a lemon pie. 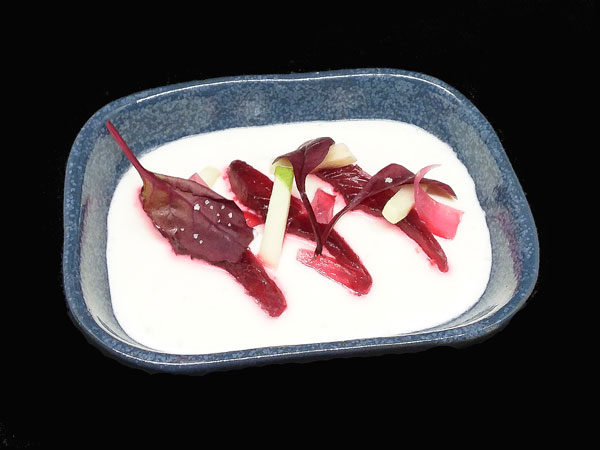 Appetizer: Marinated trout with Beetroot and Pickles. An explosion of tastes in mouth, where the acidity of the apples responded to the sweetness of the beet, to highlight the trout. 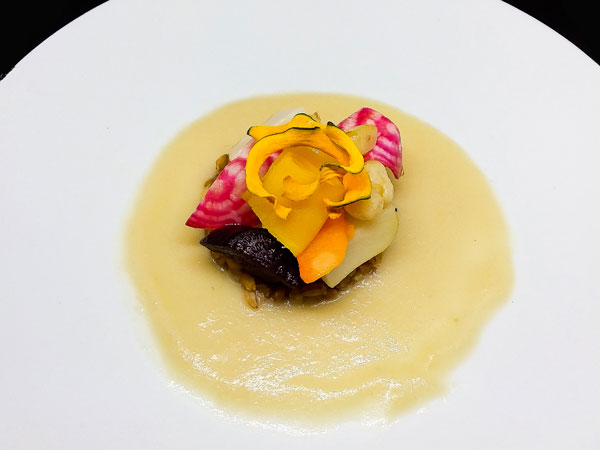 Starter: Steamed winter Vegetables with Butter, Spell and Pumpkin seeds. On a pancake of small spell cooked to perfection, flourished an island in a corolla of squash, raw beetroot in a sea of ​​parsnip purée. 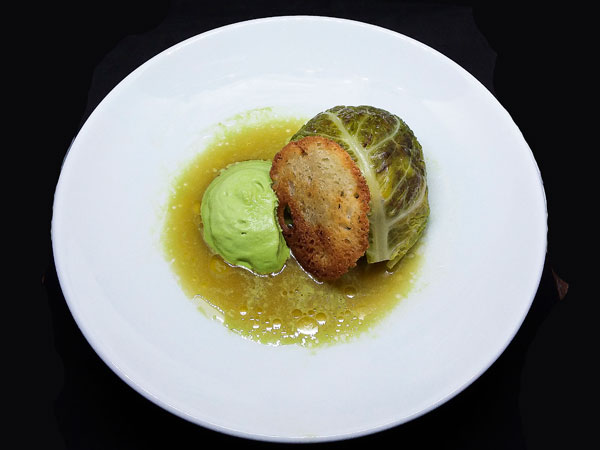 Main course: Pot-au-feu in Cauliflower, Cream of Horseradish and Celery. The pot-au-feu of our grandmothers revisited is a beautiful image of Virginie Basselot’s creativity. Under a delicate cabbage leaf, tender meat and vegetables give all their generosity and authentic winter flavors. 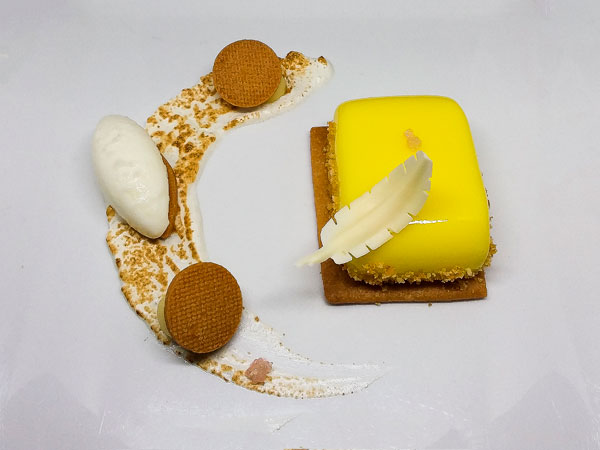 Dessert: Country Lemon and Thyme Meringue as a tart, Ewe Yogurt Ice Cream. Under a frosted lemon dress, a delicate crémeux melts in the mouth, developing the sunny flavors of Provence.

The Hotel L’Écureuil, hazelnut of charm and gourmandise

In the heart of the popular resort of Auron, Princess Stephanie of Monaco‘s adoptive city, the three-star mountain hotel L’Écureuil has a warm chalet atmosphere, offering a friendly and attentive welcome all year round to savor a green mountain in summer and white one in winter. Every evening, the restaurant Les Pivottes comes alive around its wood stove (during winter evenings) and offers semi-gastronomic seasonal “à l’ardoise”cuisine, offering the great classics of mountain specialties but also the revisited dishes of our childhood. The Hotel restaurant L’Ecureuil is directed by Michel Guillot, President of the Tourist Office of the Stations of the Tinée and organizer of the Chefs au Sommet d’Auron. 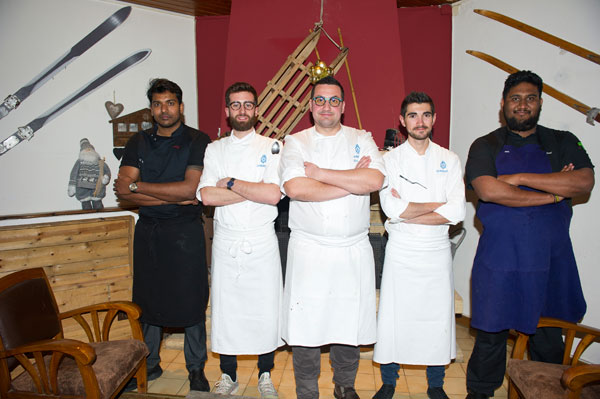 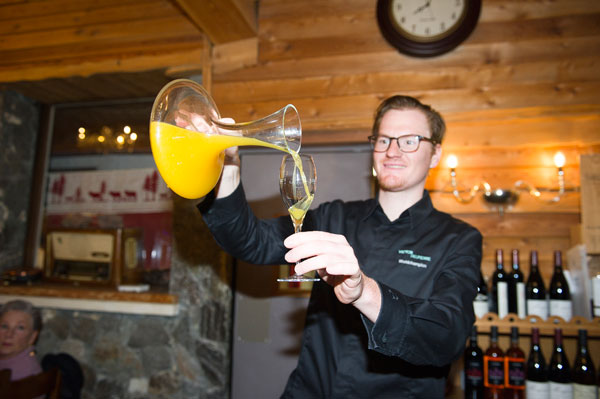 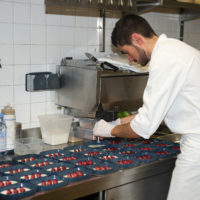 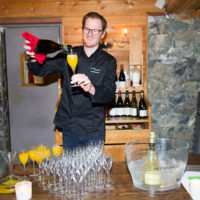 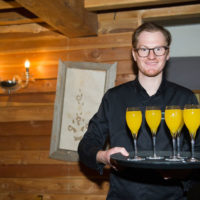 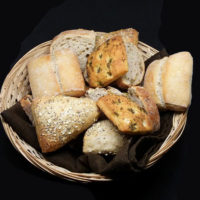 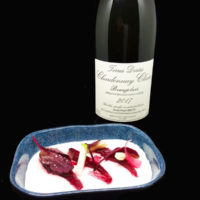 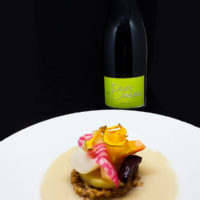 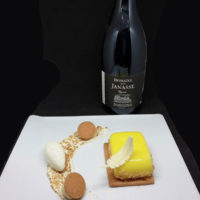 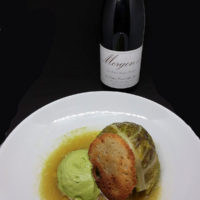 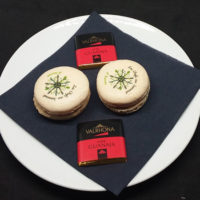