Come Aboard Bassins A Flot In Bordeaux 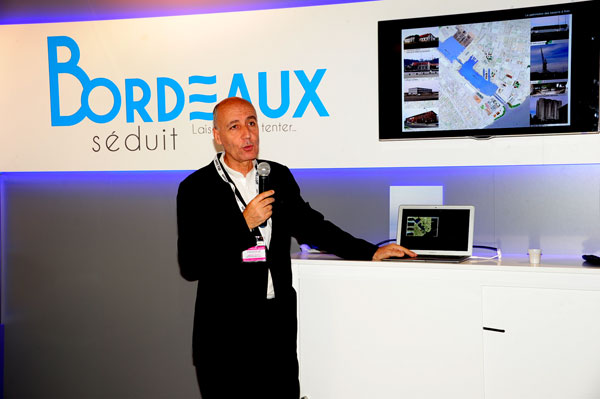 At MAPIC 2014, the urban architect Nicolas Michelin presented Bassins A Flot, the redevelopment of the Bordeaux old port area into an eco-neighborhood.

The old 19th dry docks, the basins that allowed the accommodation of ships and their maintenance, are turned into new residential neighborhoods. The Bassins A Flot have a rich industrial past, maritime and merchant. They have profoundly marked the history of Bordeaux, becoming an iconic inking point of the city, listed since 2007 as a UNESCO World Heritage Site. Presentation by Nicolas Michelin on Bordeaux Seduit stand.

The rehabilitation of this old Bordeaux port area is spanning over 162 hectares to create an atypical and rich neighborhood. This major expansion territory, located in downtown Bordeaux, should see by 2025 700,000 m2 of construction.
Formerly linked to the port activity of Bordeaux, the area will soon become a major destination with 80, 000 m2 of offices, 30,000 m2 of shops and an eco-district of 5,500 homes.
The public transport and the opening of the Jacques Chaban Delmas bridge, a link between north and south, east and west, will put the Bassins A Flot a few minutes away from the heart of Bordeaux.

The renovation of the Bassins A Flot district will turn it into a residential area but also a touristic one with the City of Wine Civilization and the Museum of the Sea and the Navy.

Bordeaux is most of all a wine and vine city. A maintained secular passion that continues to pace the life of the city and its territory. In Bordeaux, the wine is everywhere: at the turn of a neighborhood, in architectural details, along the narrow streets and the waterfront. So why not tell its story in a site worthy of the name? Well, the flagship project of the Grand Bordeaux includes the Cité des Civilisations du Vin (Museum of Wine Civilizations) currently under construction on 10, 000 m2. The investment of 70 million euros is up to the city’s ambitions which intends to make of its historical wine heritage the cultural jewel of the Aquitaine region.

Inside the Cité des Civilisations du Vin ©Bassins A Flot

With the creation of the Cité des Civilisations du Vin, the city of Bordeaux intends to attract, from its opening in the spring of 2016, hundreds of thousands of tourists annually. By itself, the Cité des Civilisations du Vin will turn the area into a new avant-garde era. A pontoon, built on the banks of the Garonne river, will allow the booming river shuttles to take visitors to the wineries.

The Museum of the Sea and the Marine

With the Museum of the Sea and the Marine, the city aims at welcoming several hundreds of thousands of tourists annually. It will be put forward in the promotion of the territory next year, a year before its opening in spring 2016. Designed by the architect Olivier Brochet, this new building will present a rich collection of objects and models staged through sea and seafaring stories. Its is scheduled for opening in 2017.

The renovation of the marina and the reactivation of the dry docks will allow the maintenance of river cruise ships and the yachts refit. They will reaffirm the ancestral port and maritime identity of the docks, rich of a 200-year history. 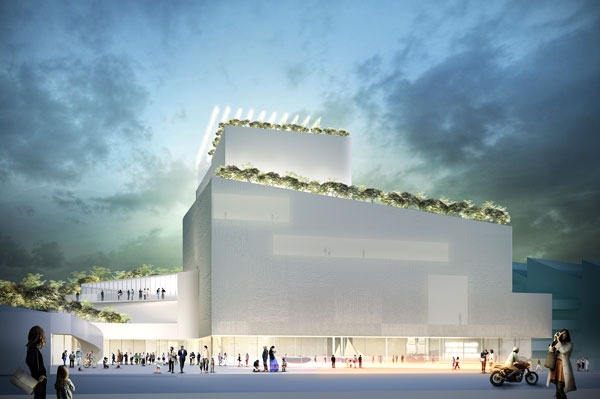 The future Musée of Sea and Marine ©Atelier Bonobo

The island of La Fourrière

The island of La Fourrière, under development by the company Bordeaux Métropole Aménagement, will include the construction of 430 parking spaces for the Cité du Vin, a luxury 172-room hotel, a shopping center for sale and consumption of quality terroir products as well as a branch of the international School of Hotel Management in Lausanne, dedicated to wine and the sommelier profession.

Bordeaux, a city always on the move

During the prize giving ceremony of the 6th Trophées du logement et des territoires (Housing and Territories Trophies) on November 5, 2014 in Paris, organized by Immoweek, a media for real estate professionals, the City of Bordeaux and its mayor Alain Juppé were honored by receiving the Territoire de l’année Trophy (Territory of the year).
This award is being bestowed upon the development project Bassins A Flot and the way it is being conducted.

Bordeaux, a city where the lifestyle is fervently developed, along with the tremendous growth of the city of the Bordelaise metropolis.

Come Aboard Bassins A Flot In Bordeaux was last modified: December 3rd, 2014 by tamel