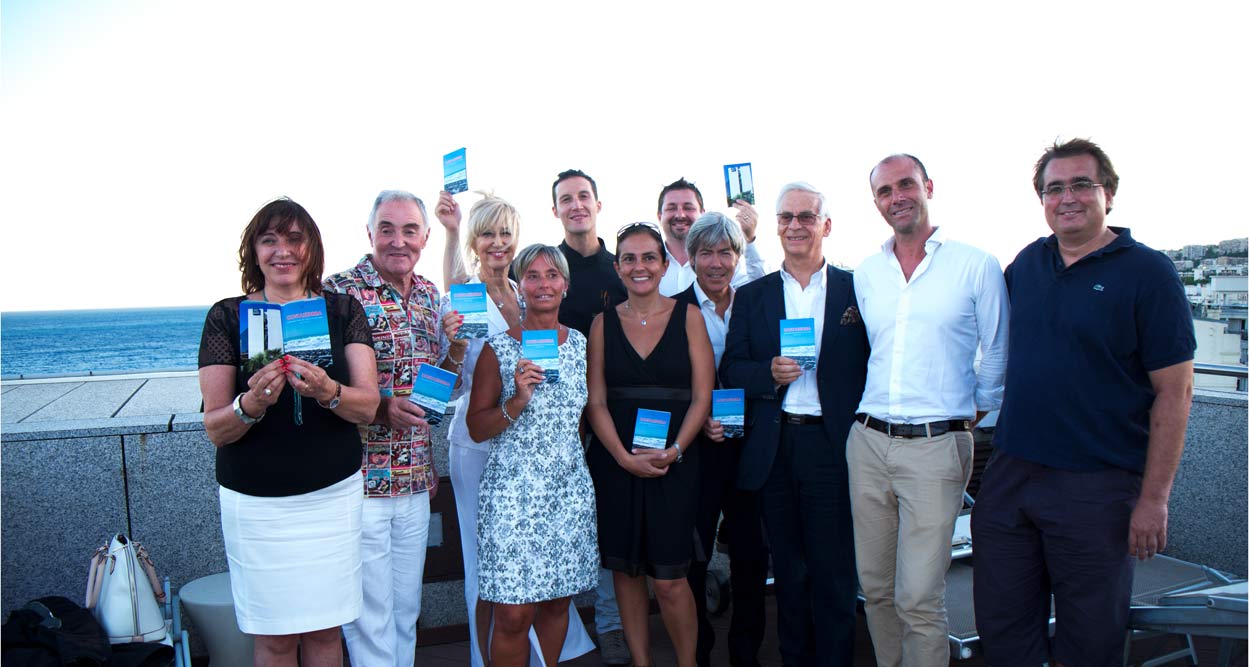 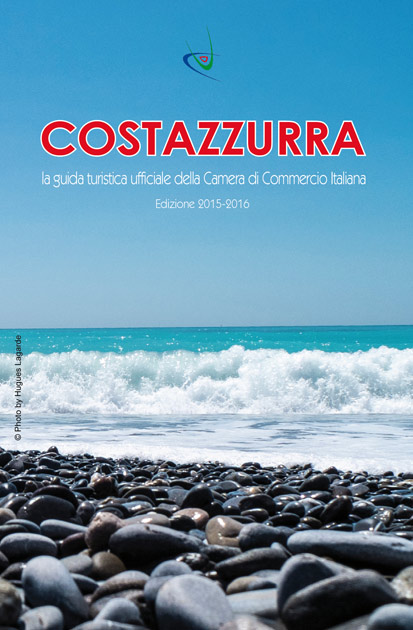 The Italian Chamber of Commerce presented the 2015/2016 edition of Costazzurra, the tourist guide of the French Riviera in Italian complemented this year with a French version.

The fourteenth edition of Costazzurra, the official guide the Italian Chamber of Commerce realizes every year for Italians tourists, was presented on July 27, 2015, at the Marriott AC Hotel Nice by Lilas Spak, its editor passionate with the pocket guide. On the splendid roof-terrace facing the Baie des Anges, chef Fabio Merra from Restaurant Vino & Cucina, offered for the occasion a premiere tasting of his Made in Nice Burrata, produced according to the authentic traditional way at La Casa della Burrata in La Trinite. 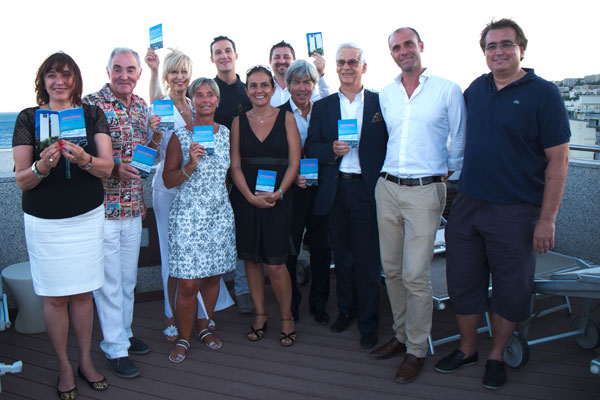 Explore the Riviera from Menton to Saint-Tropez

Costazzurra is a tourist guide to discover the French Riviera from Menton to Saint-Tropez, from sea to mountain, through its hinterland all of Provence and flavors of terroir. Its suggested itineraries take the Riviera lovers unearthing rare pearls about landscapes, gastronomy, hotels, shopping, ready-to-wear, leisure, main attractions, sports and many other things, selected by journalist Lilas Spak, for whom the French Riviera has no secret.
Every year, 25 000 copies of the Cote d’Azur “Best of” pocket guide are issued in order to meet the multiple requirements of the transalpine Italian customers on the coast – travelers or residents – as almost one tourist out of four indeed comes from the Bel Paese. Costazzurra is a free guide, available on both sides of the border, in all Tourist Offices partners of the Italian Chamber of Commerce, in City Halls and in all places with high Italian attendance. 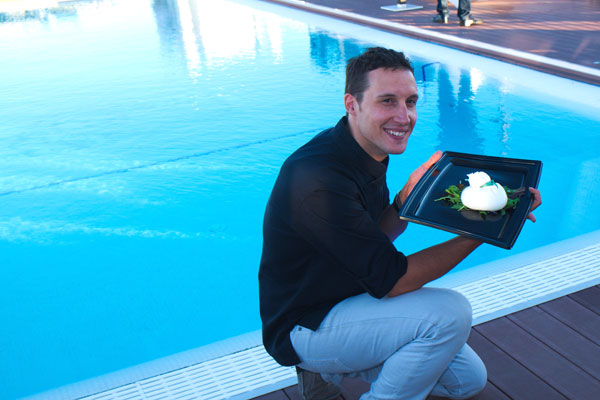 Fabio Merra and his Burrata

Initially created for Italian tourists – one million in any season, according to estimates – and for the Italian residents (50,000), the Costazzurra guide with its original pocket format, both practical and entertaining to read, has over time conquered many French and foreign tourists who wish to enjoy the sun, sea and mountains of the Riviera and its hinterland.
The 2015/2016 version of the Bible for French Riviera lovers also aims at seducing the Francophones with its version in French. Available online in Italian and also in its original French version, the Costazzurra includes this year a supplement with the original texts written in French by Lilas Spak, the editor and true soul of the pocket guide.

The young chef Fabio Merra worked for Alain Ducasse at the Louis XV in Monaco, at the Spoon in Paris and L’Andana in Maremma. At his restaurant Vino & Cucina, Boulevard de Cessole in Nice, he offers the Italian cuisine from his origins with a French touch. A native of Puglia, Fabio Merra knows all the secrets of the Burrata, the Rolls Royce of mozzarella cheese with a creamy heart, made next to his home village, Corato. Fabio had one day in mind to produce Burrata of the Nice soil and created La Casa Della Burrata in La Trinité where it is made according to the traditional way. 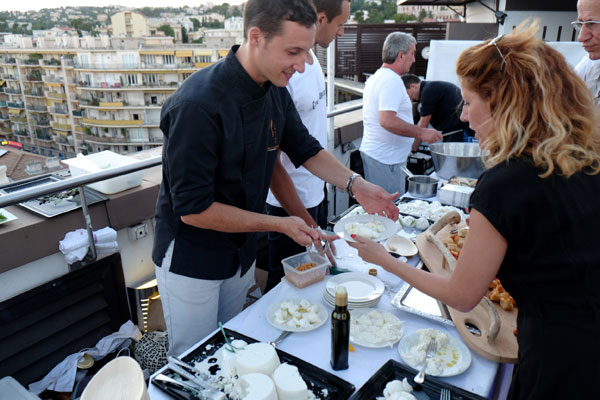 Just a few steps from the beach of the iconic Promenade des Anglais, the 4-star AC Hotel Nice Marriott is famous for its monumental sculpture on the facade by Sacha Sosno. A peaceful oasis with elegance amidst the charm and glamour of the French Riviera, the hotel offers stunning views over the coast from its roof-terrace with open air pool. On Thursdays, the roof-terrace hosts afterwork evenings with DJ and saxo for a relax atmosphere under the stars and offers an unobstructed exceptional view when fireworks set alight the Baie Des Anges. 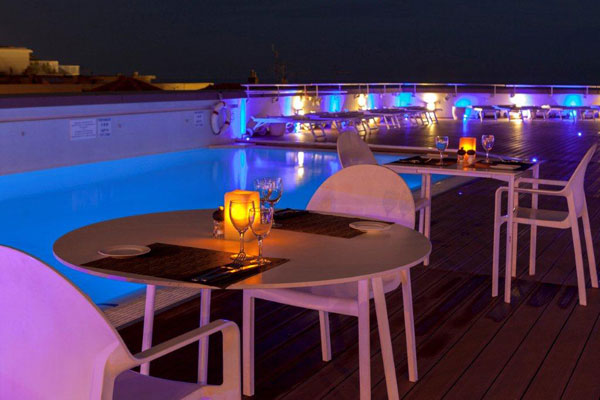 Patrizia Dalmasso, Italian Chamber of Commerce President, commented and praised the quality of the pocket guide, a genuine invitation to discover the marvels of the French Riviera, in the presence of Serena Lippi, General Consul of Italy, Laurence Navalesi, representing Mayor of Nice Christian Estrosi, Mauro Cerruti, Director of AC Hotel Marriott Nice, and many others officials, journalists and friends of Italy

Costazzurra is available online on: