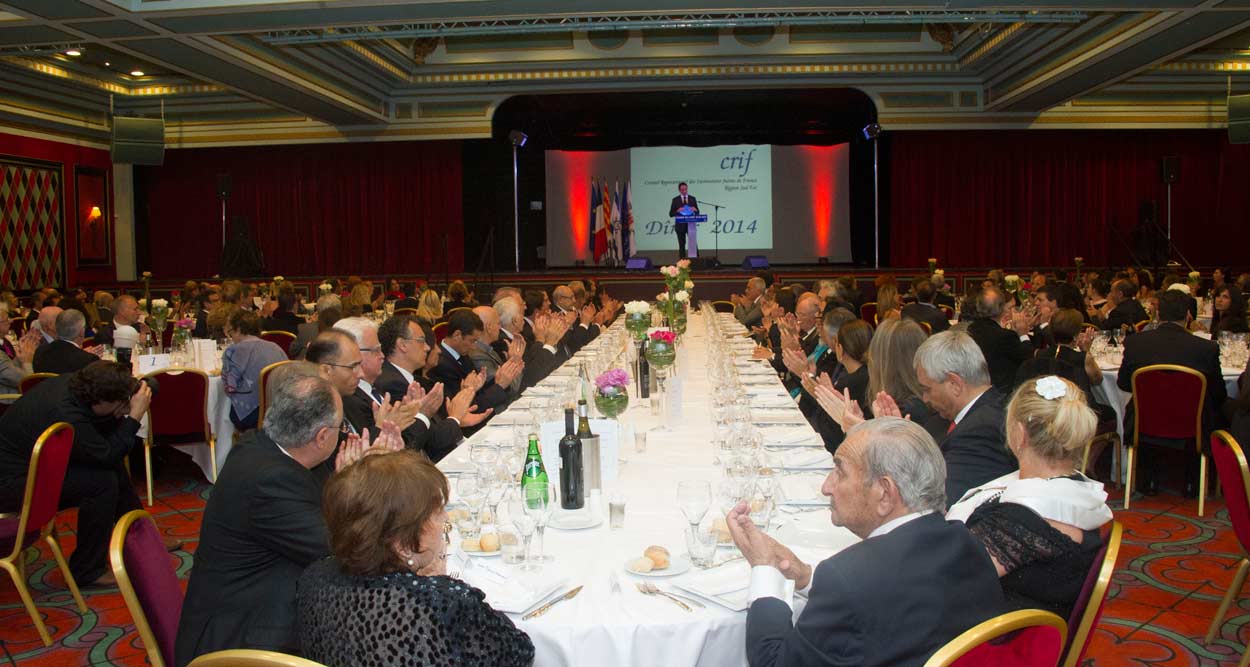 At the annual Gala Diner of the CRIF Sud Est on September 21, 2014, the Jewish community honored two special guests, Christian Estrosi and Jacques Tarnero, for their friendship and actions.

The annual gala dinner of the CRIF (Representative Council of Jewish Institutions in France) at the Palais de la Méditerranée in Nice included two guests of honor: Christian Estrosi, Deputy Mayor of Nice, President of the Métropole Nice Côte d’Azur, and the essayist and documentary filmmaker Jacques Tarnero. The Jewish community gathered around the presidents of French Riviera Jewish bodies and many elected officials in the region honored as well the diner. Prestigious speakers denounced the brutal rise of anti-Semitism and advocated measures to take urgently.

In his introductory speech, Jerome Culioli denounced the brutal rise of anti-Semitism in France since the Israeli intervention in the Gaza strip. He also evoked the disturbing rise in anti-Semitic acts, a verbal and physical violence that occurred collectively. Mr Culioli praised those who had the courage of those who had the political commitment to stop this onslaught.
Happy as a Jew in France   Mr Roger Cukerman, National President of CRIF, said how far were the days when people used to say “Happy as a Jew in France”.  Welcomed the Republican friendship and advocated action deep into society, he stressed how important the CRIF was at a time when anti-Semitic acts are multiplying across France. He then  voiced his concern about the rise of the extreme right and the virulence of the extreme left, and the deterioration of the status of the Jewish people in France.

Israel on your side

Barnea Hassid, the Israeli consul in Marseille, said Israel was involved in the conflict with the Palestinians to defend its borders and its territory and to disarm Hamas, which advocates holy war, the destruction of the state of Israel and refuses peace.
The Hamas sends hate messages on social media to demonize the state of Israel and victimize the Palestinian people.  He recounted his meeting with Pope Benedict XI to discuss the plight of martyred Iraqi Christians and all concluded on the occurrence of a third world war.
Referring to the situation in France, he said: “The state of Israel is supporting you; it is by your side. The diaspora must show unity with the state of Israel.” He concluded his speech by wishing “Chanatova.”

Eric Ciotti said that the representative council of Jewish Institutions in France, since its inception, has always worked tirelessly to fight against all forms of racism and anti-Semitism through a work in memory, essential for the cohesion of the French people. The Republic, attached to its history, has always been along the Jewish community in France to support its fight against anti-Semitism. He asked everyone to kee on exercising a particular vigilance to keep up and enhance the values of equality, secularism and sharing that guarantee national unity.
The President of the General Council added: “Despite all these efforts, the violence and nauseating speeches against Jewish compatriots have multiplied in recent months. The virus of hatred spreads, including through the Internet and social networks. This is why the message of CRIF is more than ever essential, as our firm to these unacceptable behaviors that threaten the social compact. ”

Patrick Allemand, Vice President of the Regional Council, discussed the long history of Israel, interspersed with dramatic and tragic events, including the one occurred during the 39/45 war, in the region of Nice where Alois Brunner, the day after his arrival, had thousands of men, women and children deported to death camps.
He praised the memory trips organized to Auschwitz, the diplomas of the Righteous, the annual march to the Col de la Cerise in Piedmont.  He lamented the ignominy of the “gang of barbarians” who murdered the young Ilan Halimi. He denounced Dieudonné’s “feux follets” show, a pun with the name of the journalist James Foley, assassinated by the ISIL.

The essayist and documentary maker Jacques Tarnero spoke of his friend Alexander Arcadi, director of “24 days”, a film about the death of the young Jew Ilan Halimi. He evoked a comedian who bases his success on an explicitly anti-Jewish show in the name of freedom of expression.
He listed many examples of sneaky questioning of Jews, which, under the guise of humor, sometimes offer opportunities for a pernicious anti-Semitism to spread. Besides Dieudonné’s abject and grotesque propaganda, he cited the Canal + show “Les Guigols de l’Info”, a play staged at the University of Lille and the writer Edgar Morin, who co-authored a book with Tariq Ramadan.
Jacques Tarnero lamented the intellectual and political shipwreck of leftist parties that now support a Palestine held hostage by the Hamas. He added: “By attacking Hamas, Israel defends itself as much as it releases the Palestinians from a deadly yoke.” And he asked the question: “Are France and Europe able to understand this issue? And what if it was Israel who was fighting for us?”

Commission of inquiry into anti-Semitism

Christian Estrosi, the MP-Mayor of Nice, said that anti-Semitic acts increased by 91% compared to the same period last year. “This is the first time in the history of France since the Liberation, that demonstrators invested a synagogue and attacked a shop because it is selling Jewish products.” he said.
In a shared desire for peace, Christian Estrosi visited Israel in the first days of the conflict. He assured: “Proud to be a friend of Israel, I wanted to show again my solidarity and support for the Israeli people.”
During the month of July, through a constant vigilance, the Mayor of Nice has avoided the confrontations by firmly opposing the anti-Israel demonstrations.
Christian Estrosi stated its willingness to propose to the National Assembly a commission of inquiry into the rise of anti-Semitism: “We need that every French woman, every French man, measures with gravity the responsibility they are likely to bear by disseminating anti-Semitism.”

All speakers stressed that attacking Jews resulted in attacking the Nation. 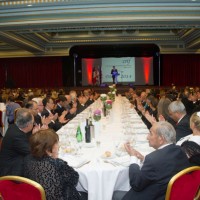 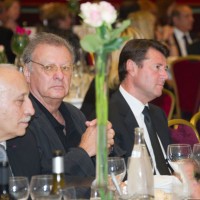 The two guests of honor 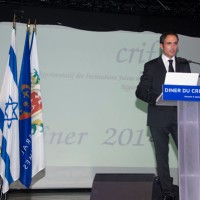 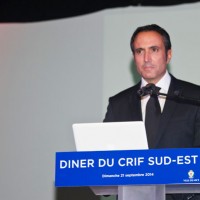 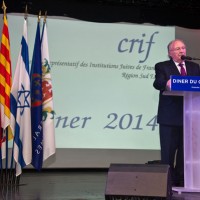 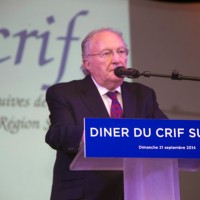 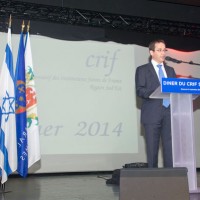 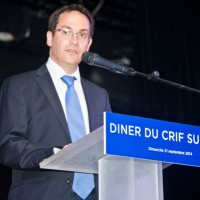 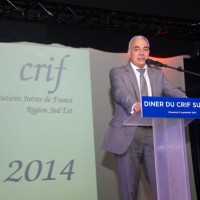 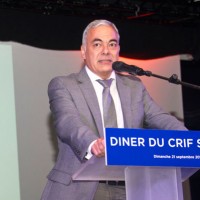 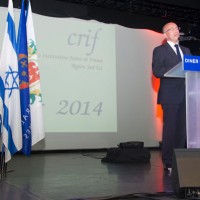 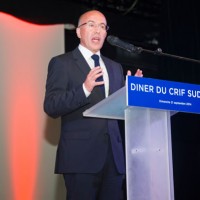 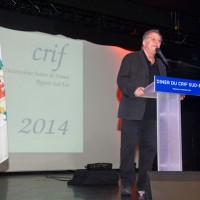 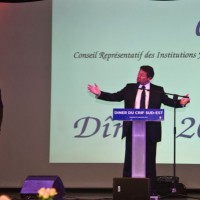 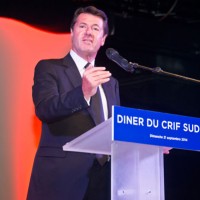 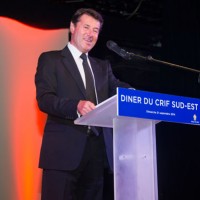 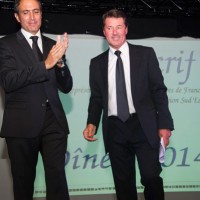 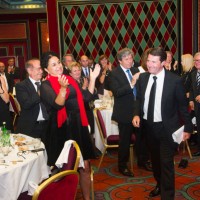 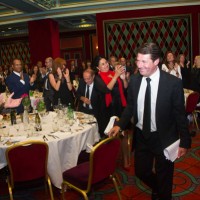 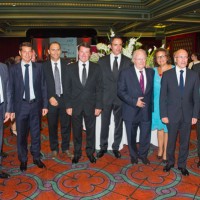