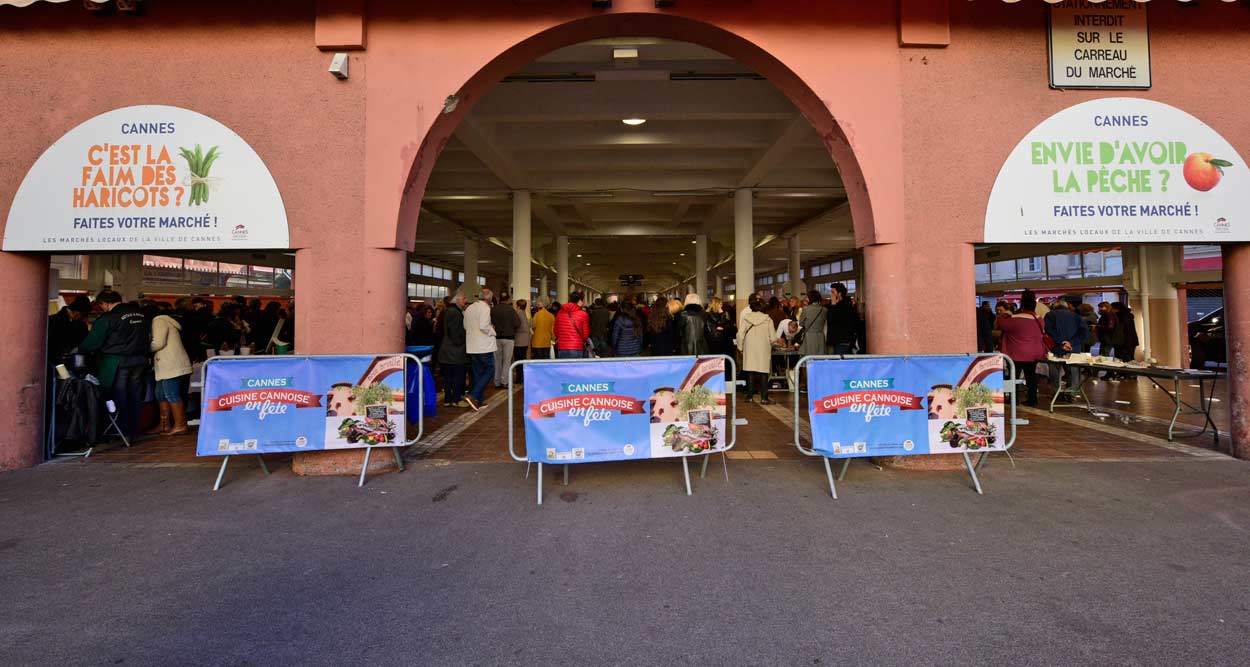 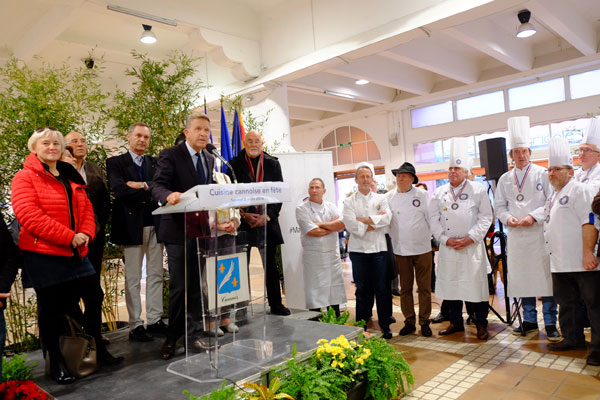 Cuisine Cannoise en Fête made a delicious start on March 5, 2016, on its opening by hosting at Forville Market, chefs and gourmands from the Pays de Lérins.

Cuisine Cannoise en Fête launched its first edition in the popular and historic heart of the famous city of Cannes, the great Marché Forville. This Provençal market at the foot of the hill of Old Cannes, where meander the streets of the Suquet, appears every morning with the appetizing color of a large picturesque pantry where farmers and producers from the region and local fishermen are selling their specialties. 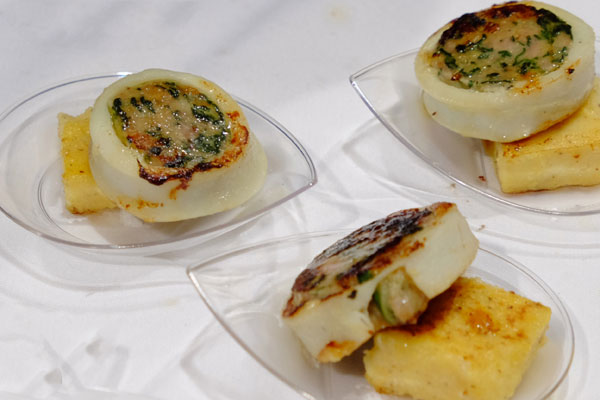 Haute Cuisine in the Capital of Cinema

It’s under the arches of the long building of the 1930s, whose pink ocher stucco and tiles remind its Provençal roots, that the city of Cannes had a touch of Haute Cuisine. A première for this world-class city, known as the Capital of Cinema, which annually hosts the world stars of the 7th Art.
From now on, the city has decided to magnify its gastronomy by organizing the first Cuisine Cannoise en Fête. This culinary event is restoring the status of a gastronomy of terroir somewhat forgotten, presenting a genuinely Cannoise, homemade, cuisine with the flavors of the Pays de Lérins. 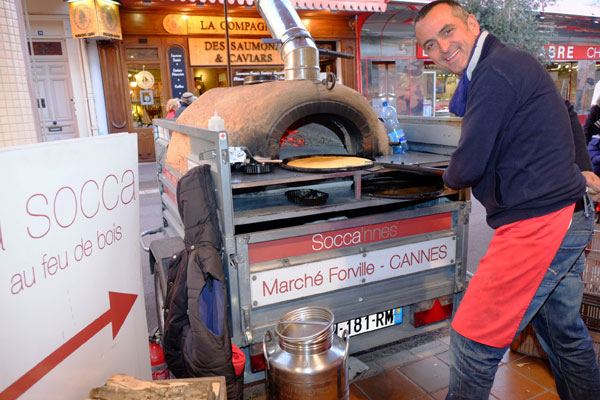 The Cuisine Cannoise en Fête highlights from March 5 to 12 the professionals of gastronomy, some passionate restaurateurs, producers, farmers and artisans from the Cannes basin. All these passionate people finally have the good fortune to highlight their skillsby feasting lovers of good food with special menus at attractive prices.
The event was inaugurated in the presence of city officials, Patrick Flet, Cannes food journalist, Sébastien Broda, chef of the restaurant Le Park 45 at the Grand Hotel in Cannes, and Stéphane Raimbault, Chef of L’Oasis in Mandelieu La Napoule and many members of the chefs association Les Toques Blanches. 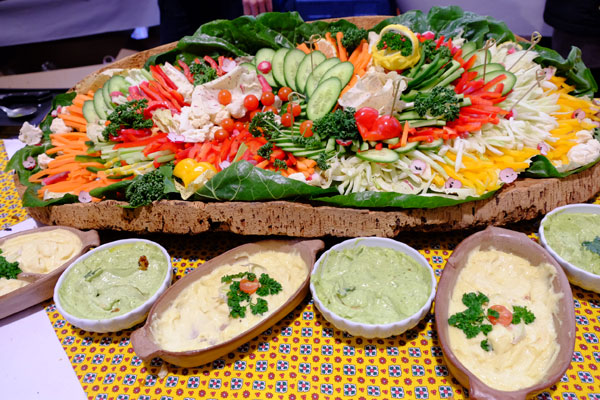 On March 5, from 15h, producers and chefs of participating restaurants, behind their stalls concocted their first Cannes-stamped dishes for many gourmands come to taste free all the products of the Riviera terroir, whether from land or sea. The colorful and explosive cocktail made with apples, celery, carrots, fennel, mint, wheat grass by the company Ecogerme were a hit, the Risotto à la Côte composed of Mascarpone and Saint Jacques prepared by Benoît Romain (L’Auberge Provençale in Cannes) was a pure blessing. 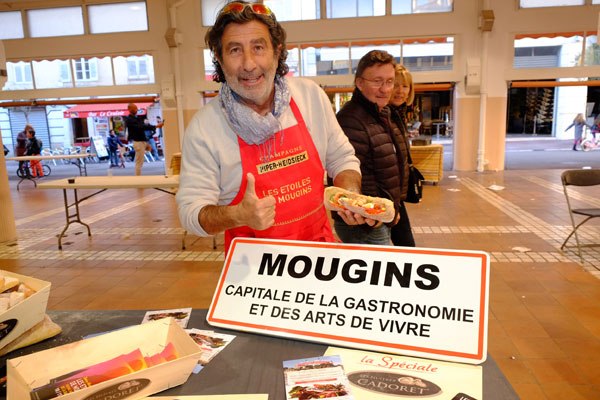 The Pan Bagnat from Nice made with Christophe Bouteret‘s special bread, revisited by Dominique Fantino from Mougins, was a huge success with gastronomes looking for gustatory originality. The famous Cannes caterer Ernest regaled connoisseurs with ham on the bone, sausage and fresh vegetables cut into strips, put in a huge wicker basket and accompanied by delicious Mediterranean sauces.
On the Sea side, the delicious fish soup served with a ladle by Prud’homie 13 or the Bouillabaisse by the monks of the Abbey of Saint Honorat, which also presented their wines and liqueurs, awakened the taste buds. Some toasst with Foie Gras and Lobster glasses gave an appetite to all this “beau monde” curious to discover the true Cannoise cuisine. 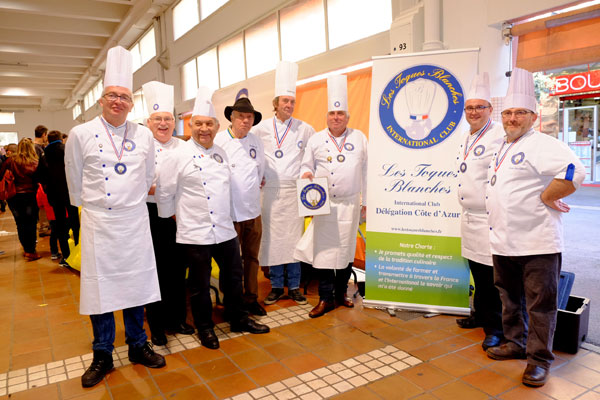 Colors, smells, flavors, chefs, for a beautiful and good mise en bouche and a cuisine that everyone could finally set with a Cannoise, Niçoise or Provençal sauce.
This beautiful gastronomic event will also offer a continuation, since a large Oursinade will be held on March 13 on the beach of the Mouré Rouge in Cannes. It will happily close the kitchen Cuisine Cannoise en Fête. 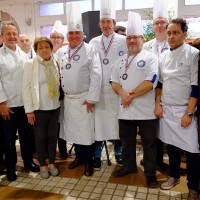 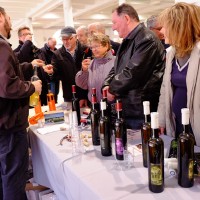 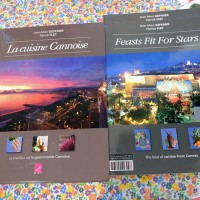 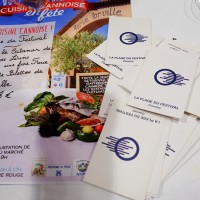 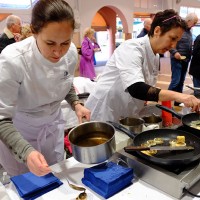 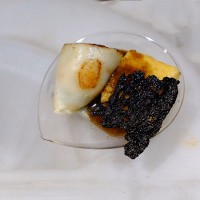 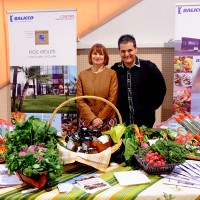 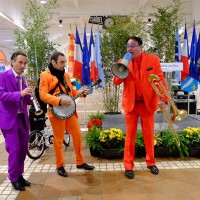 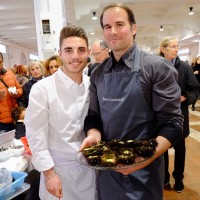 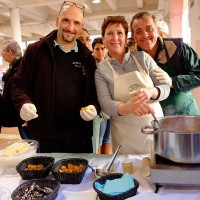 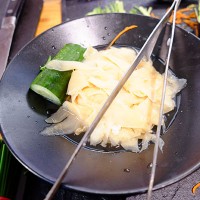 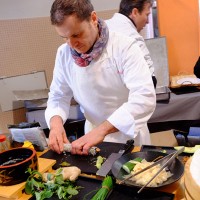 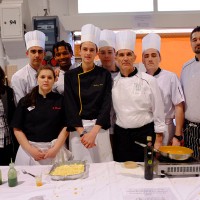 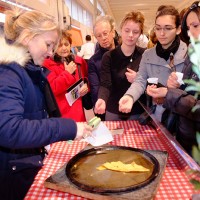 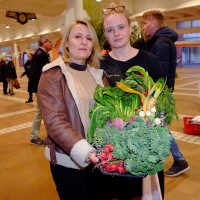 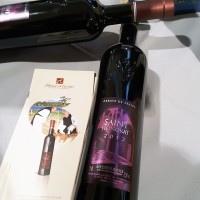 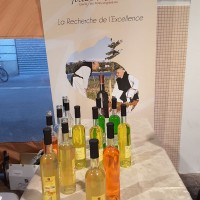