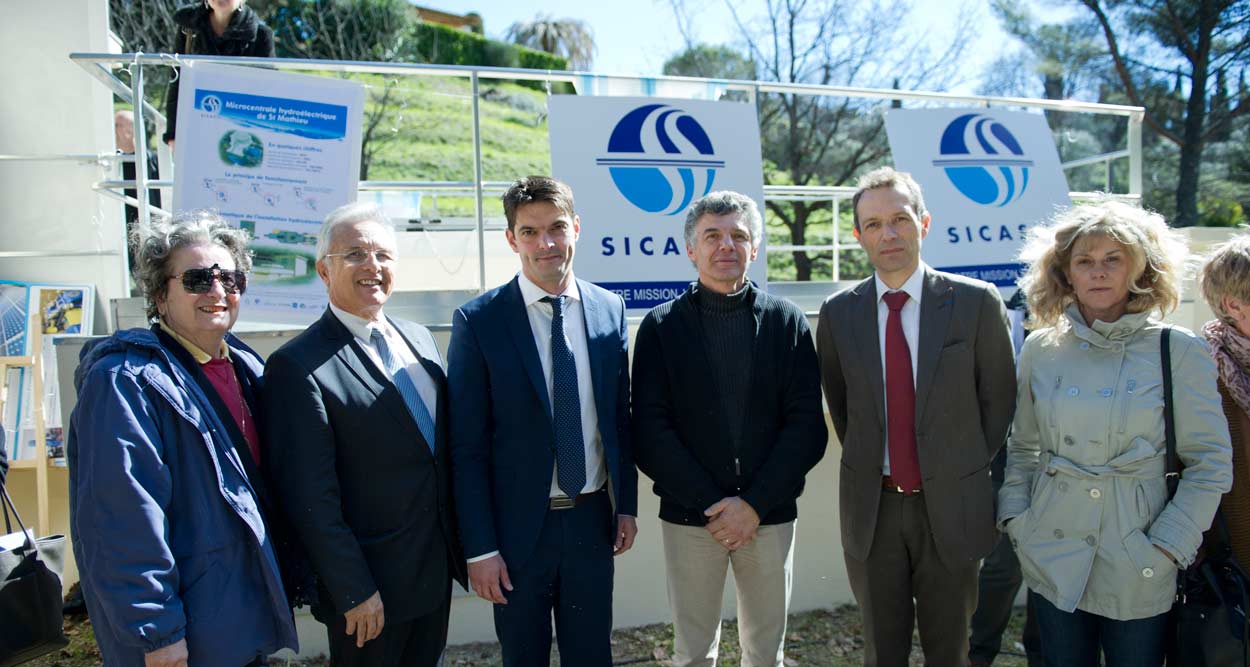 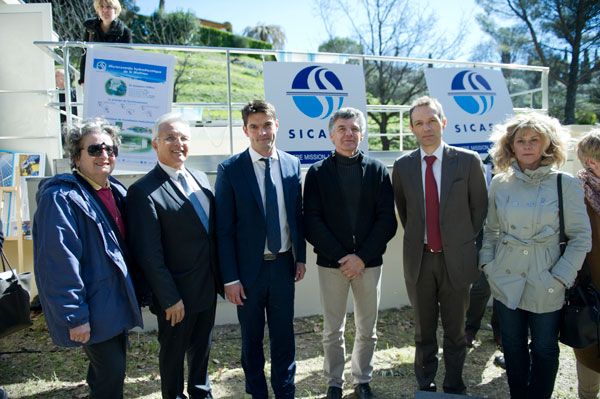 The SICASIL inaugurated on March 3, 2016, its fourth hydroelectric micro-station, using the driving force of drinking water, at Saint Mathieu district in Grasse.

The SICASIL, intercommunal union of drinking water for the Cannes agglomeration, provides high quality water to the residents and maintains the distribution networks. In addition to this public service mission, the union has engaged in an active approach to sustainable development in renewable energies with the implementation of hydroelectric micro-stations using the driving force of drinking water. 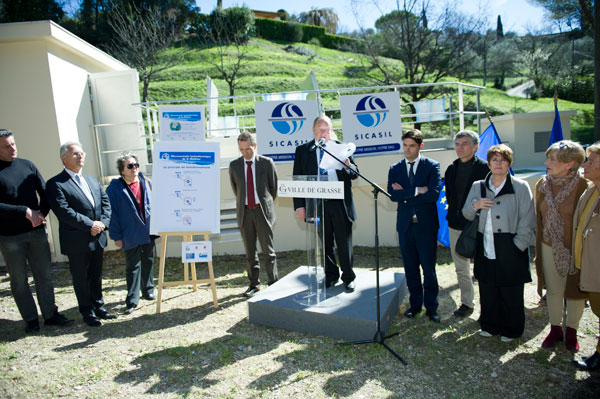 The SICASIL has inaugurated on March 3, 2016 the fourth hydroelectric micro-station, installed on the drinking water network, Route de Saint Mathieu in Grasse.  “The putting into service of this new microcentrale reflects the SICASIL’s determination to preserve the environment by enhancing natural resources.” Jean-Yves Milcendeau, President of SICASIL said, in the presence of Jérôme Viaud, Mayor of Grasse and Philippe Castanet, sub-prefet of Grasse. Many personalities attended the ceremony, including mayors and elected officials from the agglomeration, delegates of the union, as well as representatives of associations and institutions. 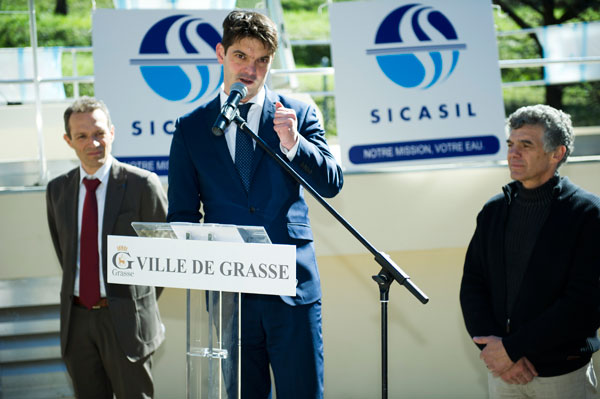 The new equipment in Saint Mathieu, with a power of 215 KW, offers a production of 900 MWh, equivalent to the annual consumption of 450 households. The operation of the micro station, implemented on the Canal du Loup is fully automatic and the electricity production is entirely sold to EDF.
This new production site, combined with that of Reservoir des Ames in Vallauris, of the Marigarde in Grasse and of La Bastidasse in Pégomas, brings SICASIL’s annual hydroelectric capacity to 2,000 MWh , equivalent to the annual consumption 1,000 homes. 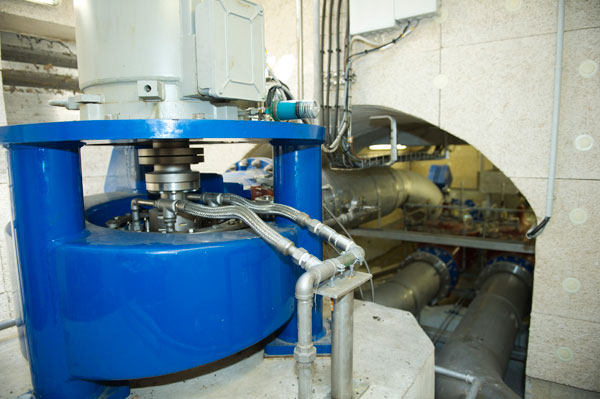 A fifth station under construction

The microcentrale of Saint Matthew is part of a program of investment to create five hydroelectric micro-station on the union’s distribution network of drinking water.  In 2016, the SICASIL will keep on contributing to the security of electricity supply in the Alpes-Maritimes department with the commissioning of its fifth hydroelectric micro-station located at the reservoir of Terre Blanche in Mouans Sartoux. 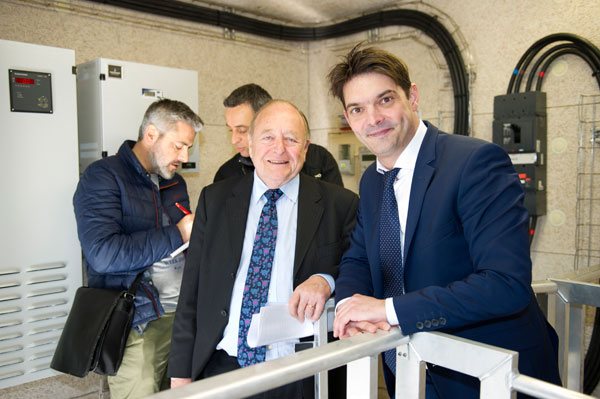 An innovative solution for renewable energy

Harnessing drinking water to drive turbines is an innovative solution for renewable energy, using the driving force of the water. Without impact on the natural environment, the “soft” electricity production is based on the use of heights falls available on the water distribution network, whose potential energy was previously unused and wasted.
Jérôme Viaud welcomed this approach of responsibility towards nature and those who will inherit it, and the concept that on a small piece of land, so much renewable energy is produced without environmental nuisance. 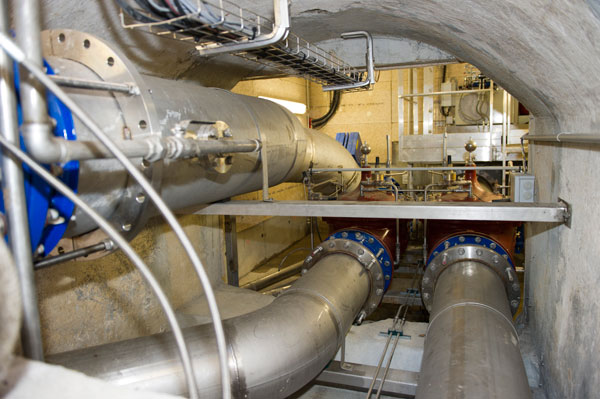 The investment of the hydroelectric micro-station at Saint Mathieu amounts to 762,500 euros including VAT. The SICASIL received financial support from the Provence Alpes Côte d’Azur Region, the ADEME and the FEDER for the amount of € 187,000 including VAT.  With financial support of these organizations and the strict control of the budget, the time of return on investment for these three facilities is 6 and a half years. 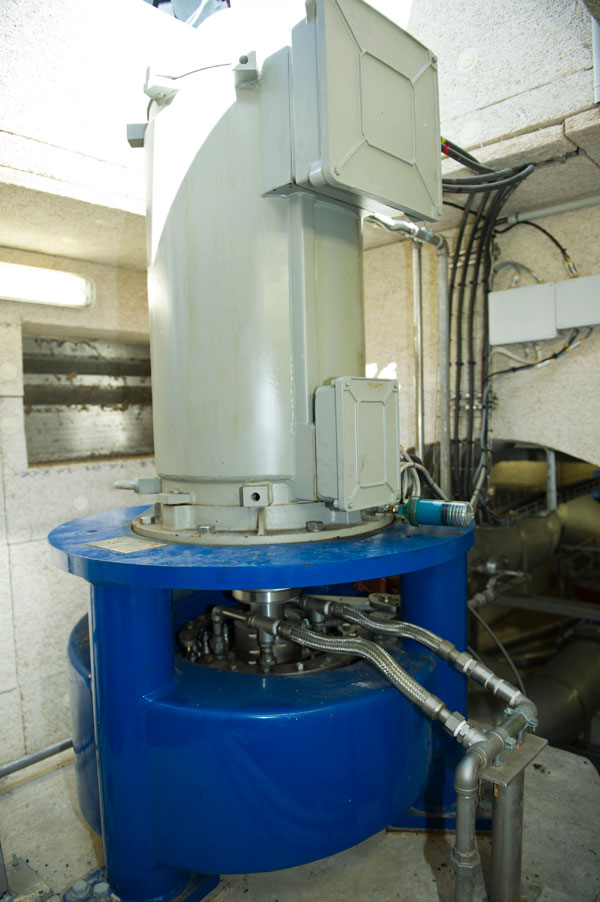 By developing renewable energies, the SICASIL is securing the public service of drinking water by ensuring a sustainable power supply essential for the future of water service and for future generations.
As good news rarely comes alone, Jérôme Viaud has announced the releasing of the rehabilitation works to the banks of the Siagne canal on 5 km, between Saint Mathieu and the town of Mouans Sartoux. 300,000 euros will be committed to the beautification of the future promenade.