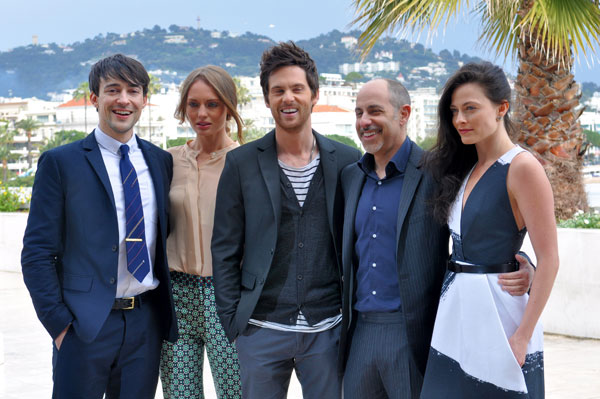 Da Vinci’s Demons is a historical fantasy following the ‘untold’ story of the world’s greatest genius during his turbulent youth in Renaissance Florence. The series reveals the secret history of Leonardo Da Vinci, a young man tortured by the gift of superhuman genius. The Italian painter and inventor – a bastard son who yearned for legitimacy – finds himself in the midst of a conflict between truth and lies, religion and reason, past and future.
“‘Da Vinci’s Demons’ serves up action, adventure and history in a unique and highly entertaining way that only someone like David S. Goyer can,” said Starz Chief Executive Officer Chris Albrecht. “The first season premiered to strong audience engagement and we are excited to bring the next chapter of Leonardo da Vinci’s adventures to audiences around the world.”
The series’ principal cast are British actor Tom Riley (Monroe, Arcadia, Bouquet of Barbed Wire, Posh, My City) stars in the title role. Riley has received wide critical acclaim in the UK for his performances in theatre, film and on television, one of his best-known roles being in ITV’s drama series Monroe. Laura Haddock (The Inbetweeners Movie, Upstairs, Downstairs, Storage 24, Strikeback, Missing) plays Lucrezia Donati, the mistress of Lorenzo Medici and Da Vinci’s lover. Haddock is a 27-year-old regular of British television.
David S. Goyer, co-writer of critically-acclaimed blockbusters The Dark Knight trilogy and Man of Steel, is Da Vinci’s Demons’ showrunner, writer, executive producer and director of some episodes. “Given that Da Vinci was the model for the Renaissance Man, these were incredibly large shoes to fill,” commented Goyer. “Leonardo had to be smart, witty, and incredibly confident. He also had to be tormented, because as a true visionary and polymath he was ostracised for his ideas as much as he was celebrated. Tom came in and was able to effortlessly combine all of those elements.”
Da Vinci’s Demons was sold internationally at MIPTV by BBC Worldwide.