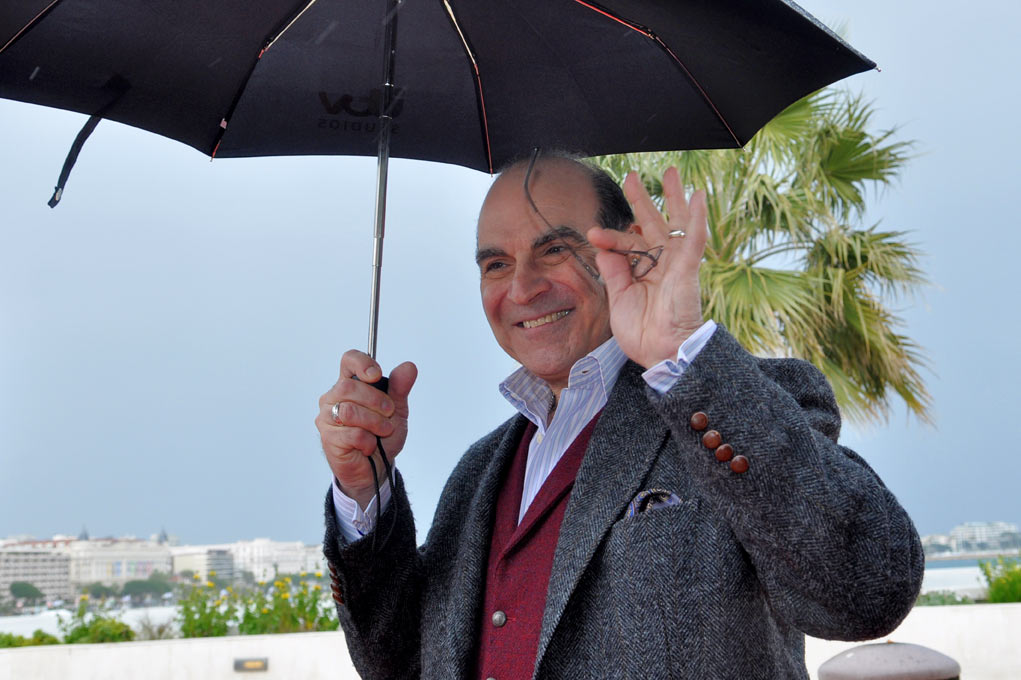 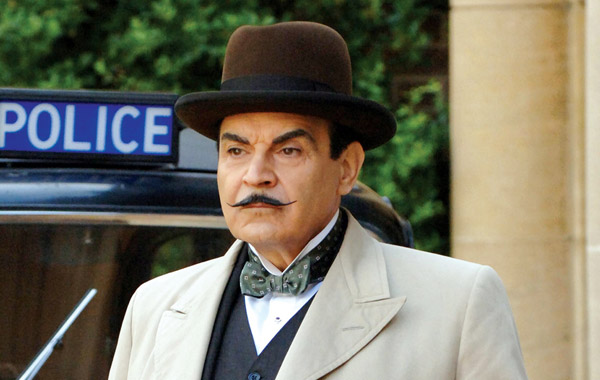 If Agatha Christie had a hard time to see her novels published at the beginning of her crime writer career, her star crime detective Poirot series has easily conquered the whole world. Already broadcasted in every major territory including: USA (WGBH), Australia (ABC), Brazil (Globosat), France (France Televisions), Monaco’s TMC, Italy (Mediaset), Japan (NHK) and Russia (TV Center). When announcing pre sales for the new series at MIPTV, Maria Kyriacou, MD ITV Studios Global Entertainment said: “We are delighted to welcome the star of one of our longest-running crime franchises to MIPTV. David Suchet is synonymous with Hercule Poirot, a well-loved character on a global scale who our partners will be delighted to meet. We look forward to marking the end of one of the most iconic crime series and unveiling series 13 to the international market place.”
David Suchet perfectly impersonates the Belgian (often mistaken for a French) crime detective, who puts his litlle grey cells at work to solve impenetrable – but for him – mysteries. Agatha Christie’s major character shows an ultra neat appearance, processes in small steps when walking and gathering crime elements, and his precious demeanour let the culprit think he is not an opponent to be feared. But when he summons all parties involved in the case in the same room for the final explanation, he unveils all details nobody but him noticed, eliminates all the followed tracks until he confounds the murderer.
In this thirteenth and final series David Suchet returns for the last five instalments as the world’s most famous fictional detective – Hercule Poirot. Continuing the legacy of the Agatha Christie collection, the new films – The Big Four, Dead Man’s Folly, Elephants Can Remember,The Labours of Hercules and Curtain: Poirot’s Last Case – see the well-loved detective travel from England to the Mediterranean unraveling mysteries in his own inimitable style, before returning to the scene of his first investigation in the final episode.
Agatha Christie’s Poirot first aired on ITV in the UK in 1989. The most recent episode, Murder on the Orient Express, the series 12 finale, aired on ITV in December 2011, attracting a consolidated audience of 5.7 million viewers and a 25.7% share. Series 13 will premiere on ITV throughout 2013 and 2014.
The Poirot stories are co-produced by ITV Studios and Agatha Christie Ltd, an Acorn Media Group company. Mammoth Screen’s Michele Buck, Damien Timmer and Karen Thrussell (Blandings, Parade’s End, Endeavour) executive produce Poirot on behalf of ITV Studios. Hilary Strong is executive producer for Agatha Christie Ltd. ITVS GE holds international distribution rights.