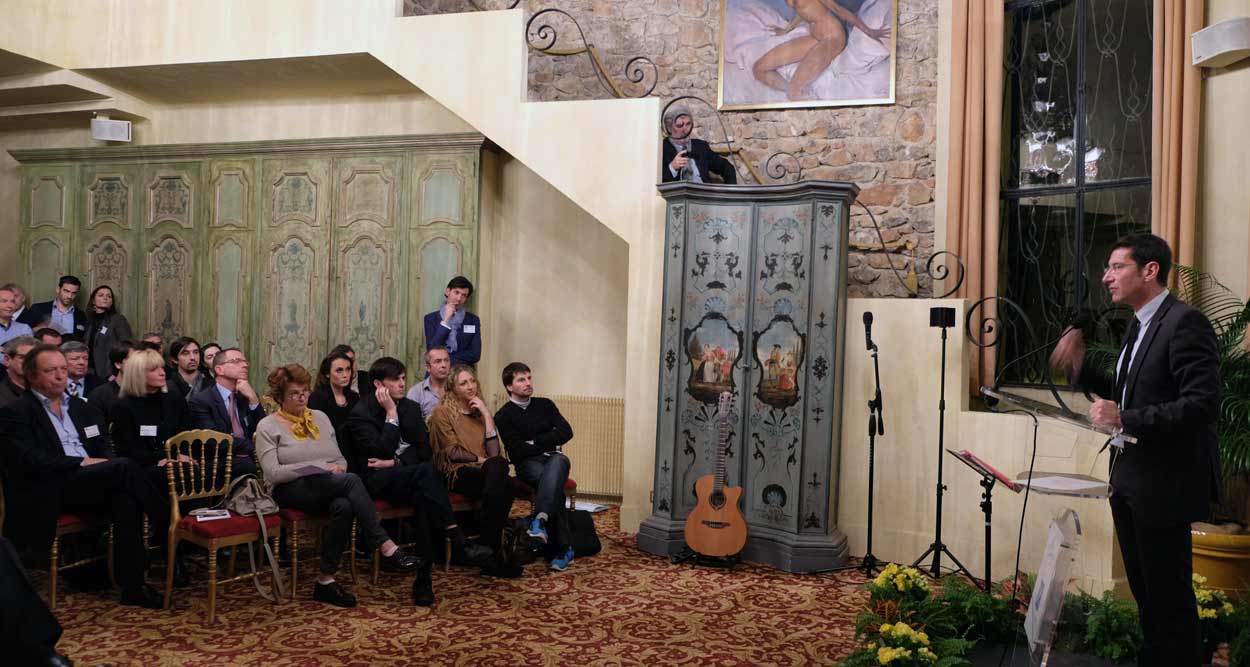 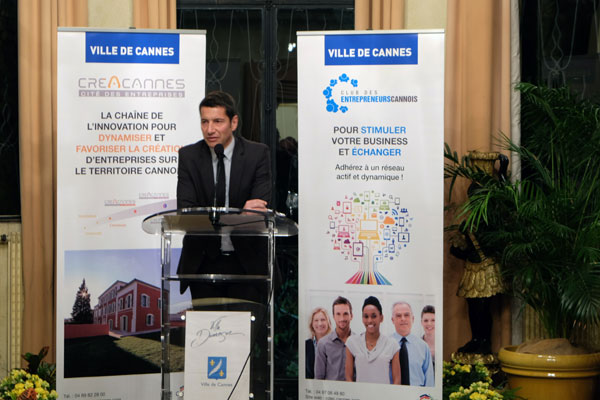 David Lisnard, Mayor of Cannes, extended his best wishes for a successful New Year to the  entrepreneurs at the Club des Entrepreneurs Cannois 12th plenary.

On Tuesday January 27 , 2015 the gorgeous Villa Domergue was hosting the Club des Entrepreneurs Cannois 12th plenary, gathering over 100 managers in the wonderful setting of the Gabriel Domergue’s villa filled with culture. The opportunity for Mayor of Cannes David Lisnard to offer the local economic system his best wishes for a successful New Year.

In the hall that is used to host every year the prestigious Jury of the Festival de Cannes for its deliberations before the announcement of the winners, David Lisnard, at the initiative of the creation of the Club, spoke for the first time in this plenary as Mayor.
David Lisnard wanted the City of Cannes to make available a community of entrepreneurs to meet to exchange experiences, to share opinions and values and get informed. The Club des Entrepreneurs Cannois was launched on January 25, 2011. 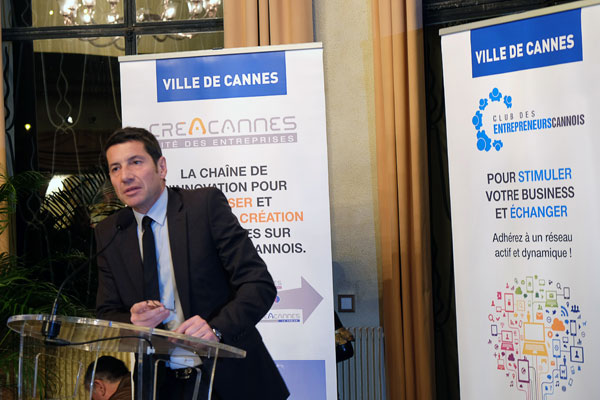 Cannes is a brand

David Lisnard first thanked the participants for their risk-taking as a entrepreneur, and to be “in the life” and confirmed that the City of Cannes brought a positive environment, in addition to Cannes intrinsic “magic” feature, with its “global and local dimension”.
“Cannes is a brand” he said, before listing the various actions taken by the municipal team to boost the assets of the City: opening of La Bastide Rouge successful business incubator, Boccabana – a touristic pole on the seafront, the University Campus with an Anglo-Saxon’ approach around the pillars of the local economy like audiovisual and Marine industry.

Recalling that success in Cannes was not so simple, because the competition is tough and the winter season is hard for small businesses, he assured the support of the City of Cannes but said that the entrepreneurs of the Club des Entrepreneurs Cannois had to take their fate into their own hands. He called for “breaking all codes” and for everyone to mobilize their creativity to make of Cannes “the most tonic city in France and the environment of Pays de Lérins an Eldorado”.

The evening continued in a musical and convivial atmosphere during a Networking Cocktail which enabled the different participants to interact. 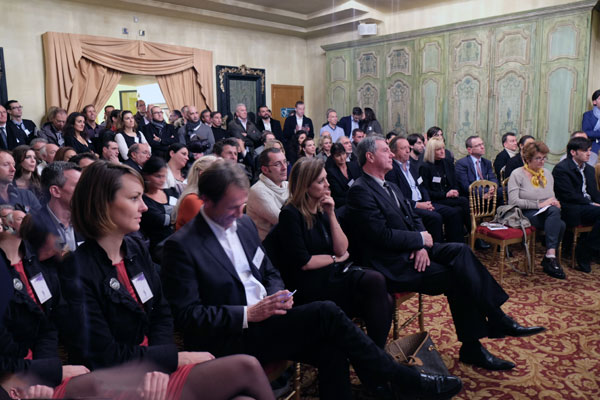 About the Club des Entrepreneurs Cannois

With nearly 500 companies registered to date, the CDEC is a reflection of the local economy mainly composed of very small companies. Its main objectives are to stimulate business, promote exchanges between entrepreneurs in a “club” spirit, involve the companies into the major Cannes projects… 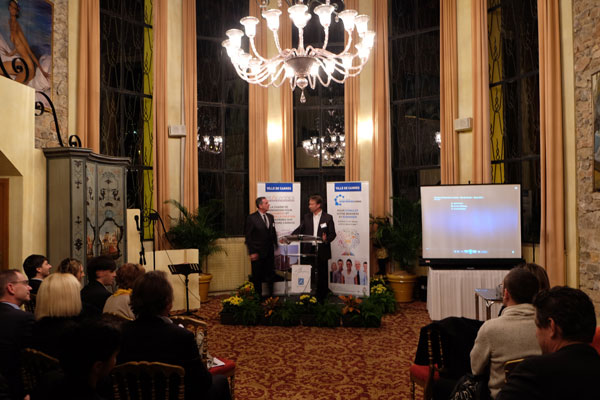