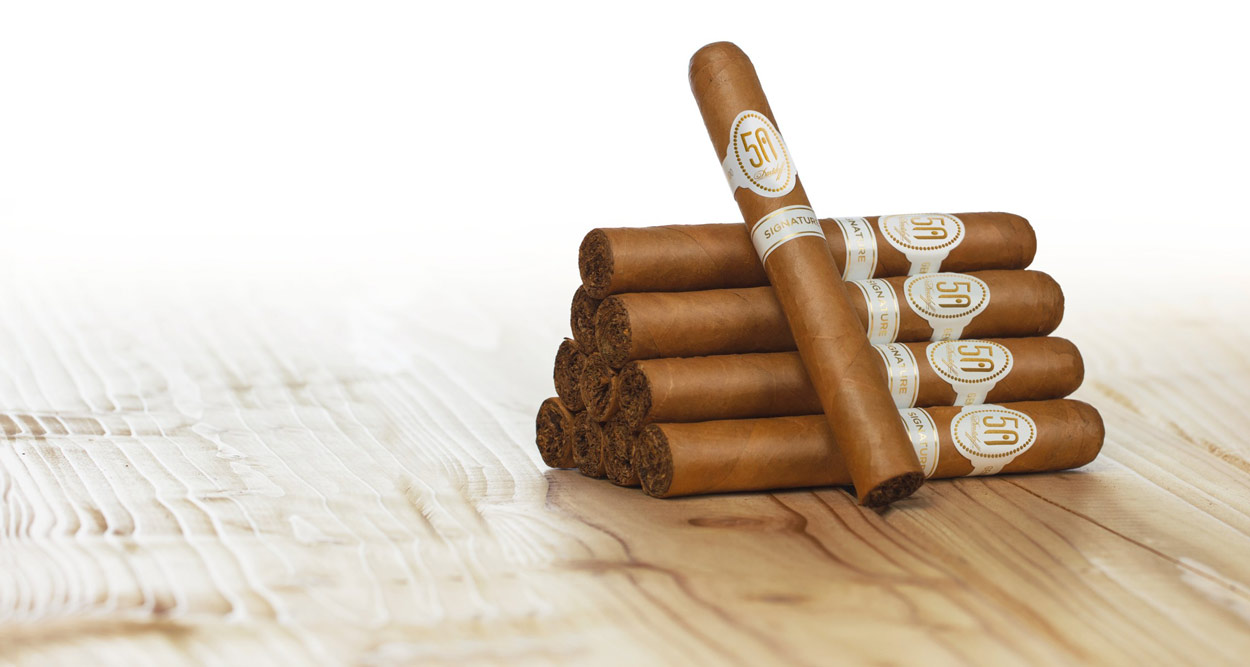 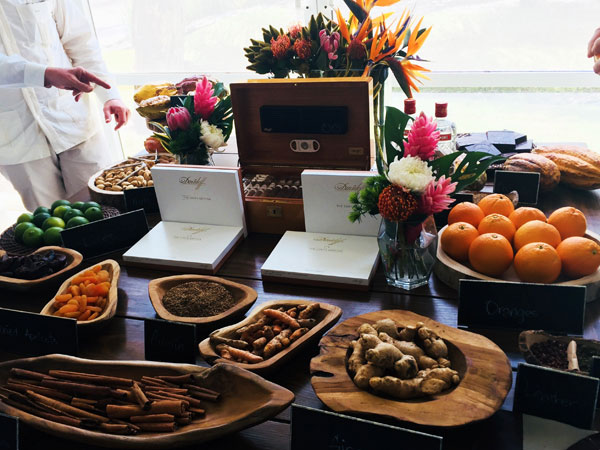 In 2018, Davidoff Cigars, the global brand with millions of fans, celebrates 50 years of passion for the creation of refined and innovative cigars, in the pioneering spirit of Zino Davidoff.

Zino Davidoff created Davidoff Cigars in 1968 in Geneva. Constantly looking for new tobacco and blends, in search of the finest cigars, his passion has taken him beyond the seas to unknown territories and unexpected origins. Zino has created a factory of excellence in the Dominican Republic, where the treasures of the tobacco fields continue to be assembled by Davidoff’s visionary Master Assemblers. At TFWA – WE 2018 in Cannes, Davidoff Cigars celebrated its the milestone birthday with a soirée on a beach of La Croisette. 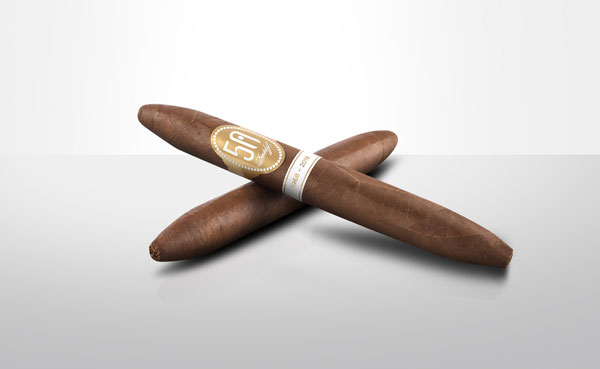 To mark the 50th anniversary of Davidoff, the Swiss cigar producer is offers his famous Diademas Finas, a cigar launched in 2006, to commemorate in a Limited Edition what would have been the creator’s 100th birthday. This anniversary edition will be available in four different high-end numbered porcelain jars, containing 10 cigars preserved by a humidification device.
The jars are decorated with four motifs imagined by Mariane Léger, a French artist who puts technology at the service of her creativity in the traditional craft of marquetry. A pioneer in her art, her unique laser technique allows her to add new and unique details to extremely fine and delicate materials such as lotus fiber, silk or linen. His journey around the world has been a source of inspiration and the result is a series of four motifs representing the Americas, the Middle East, Europe and Asia. 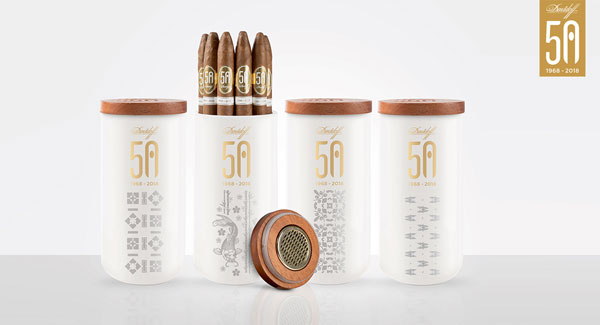 Davidoff’s Master Assemblers have assembled the whole of what makes the Davidoff cigars so refined in this elegant Diademas Finas format. “A celebration of the know-how of our Master Assemblers, created with 10-year-old tripe tobacco from one of the best harvests of 2005, giving it a unique sense of balance and the signature of Davidoff’s sophistication!” Edward Simon, Head of Global Marketing and Innovation at Oettinger Davidoff AG says. The cigars are composed of a Habano cape from Ecuador, an Olor Seco sub-cape from the Dominican Republic and an all-Dominican blend of tripe tobacco. They enchant with aromas of wood, earth, cream, cocoa and pepper, not to mention some notes flowering. Only 8,000 jars will be available worldwide, at Davidoff’s Flagship Stores around the world from July 2018. 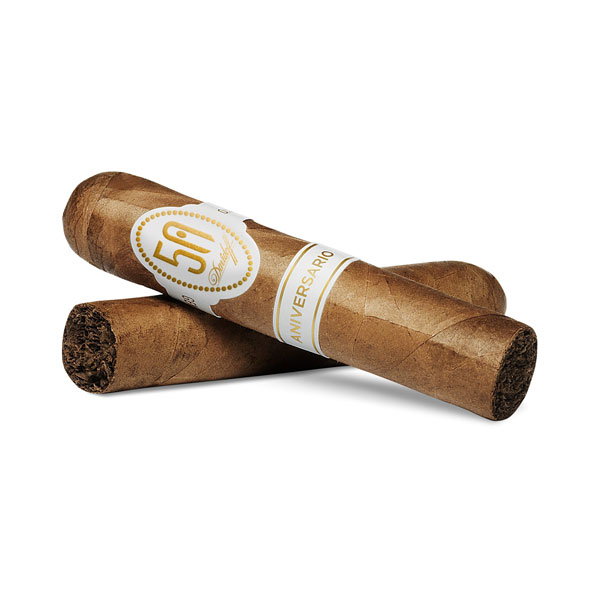 As part of these celebrations and for a limited time, a selection of five iconic Davidoff cigars will wear a white ring commemorating 50 years of history inspired by the original white ring of the first cigars like Ambassador, the No. 1 and No 2 of 1968. The assemblages of these exceptional and highly appreciated cigars will remain unchanged.
The five iconic cigars (Davidoff Signature No. 2, Davidoff Signature 2000, Davidoff Aniversario Special R, Davidoff Aniversario No. 3 and Davidoff Aniversario Entreacto) are already carrying Davidoff’s 50th anniversary commemorative ring in the United States. Outside of the United States, the cigars will be available from Davidoff dealers and stores from the first quarter of 2018. After Davidoff’s 50th anniversary year, the cigars will once again wear their original white ring. 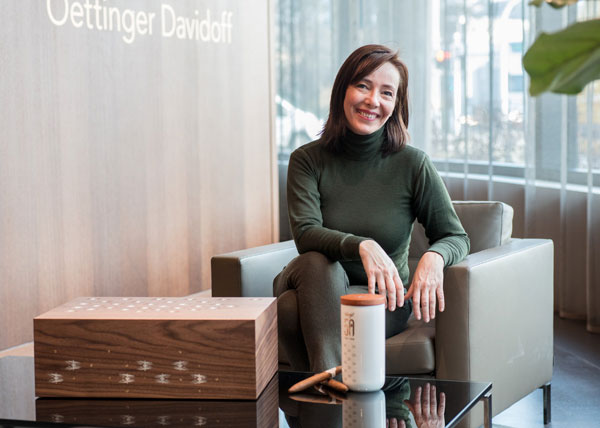 Davidoff also collaborated with Mariane Léger to create a collection of four Caves du Monde cigar humidors, dedicated to the 50th anniversary, using her expertise to include hand-woven fabrics in exceptional woods, an art that reflects that of Davidoff for the creation of his cigars. From the same inspiration, Mariane Léger’s elegant motifs also adorn cigar lighters specially created for the occasion. Made in France, the  Limited Edition Prestige cigar lighters are exclusive and numbered pieces, with a brushed finish, with edges having a contrasting mirror effect for a contemporary look. 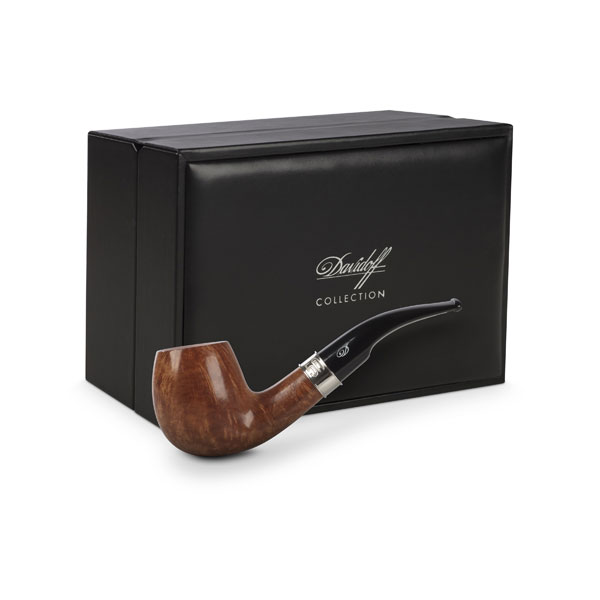 Ashtrays, pipes and pipe tobacco in Limited Edition complete the 50th anniversary collection created exclusively for Davidoff’s 50th birthday. To complete the accessory collection, Davidoff launched ashtrays and pipes in Limited Edition. Aluminum ashtrays made in Italy are bronze in color with a brushed finish. Each piece is surrounded by structured leather embossed with the 50-years logo. The pipes, whose number is limited to 50 pieces worldwide, are made of heather wood from Calabria and bear a fine “50” silver ring in relief. They will be launched at the same time as a Limited Edition pipe tobacco, created to complement the 50th anniversary product offering an exquisite blend, flavored with royal kir in a numbered box bearing the 50-years logo. 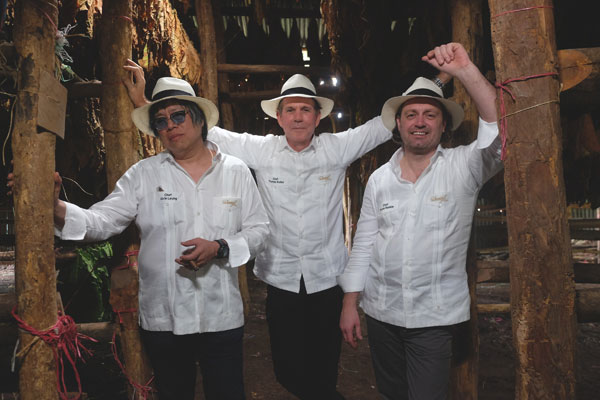 To commemorate its 50th Anniversary, Davidoff is launching a second Chefs Edition in collaboration with five of the world’s top chefs. They comprise Thomas Keller from The French Laundry (Yountville, USA), Alvin Leung from Bo Innovation (Hong Kong), Klaus Erfort from his eponymous Gästehaus in Saarbrücken (Germany), Heiko Nieder from The Restaurant (Zurich) and Shaun Rankin from Ormer Mayfair (London). Between them, these culinary giants boast 12 Michelin stars. The Chefs scour the globe for the finest ingredients in just the same way as Davidoff selects its tobaccos to achieve one passion and one mission: to fill people’s time beautifully with their exquisite creations, to delight and surprise the aficionados’ taste buds, bringing them extraordinary experiences. 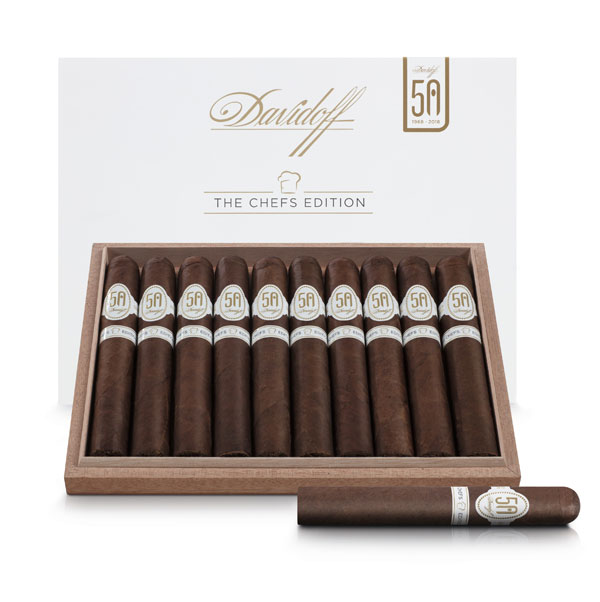 Pushing the boundaries of taste

Davidoff Cigars Master Blenders and these five great Chefs share many beliefs as to the importance of sourcing the ingredients, the perfection of the preparation, the courage to take risks when exploring and the ensuing happiness when their results bring pleasure. “These highly acclaimed Chefs and Master Blenders, whose mission is continually to push the boundaries of taste, have truly excelled in creating a blend and experience second to none.” Edward Simon says.
The Toro cigar draws on influences from the Dominican Republic and the Chefs’ home countries – Germany, Switzerland, USA, Great Britain and Hong Kong. The result is multi-layered and exquisite, rich and deep in flavour. The Chefs Edition – 50th Anniversary is limited to 5,000 boxes (50,000 cigars) worldwide and will only be available at Davidoff Flagship Stores and select Appointed Merchants as of September 2018. 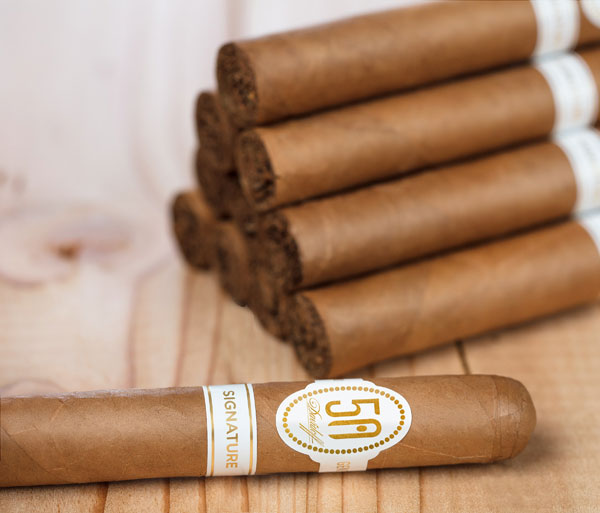 At TFWA-WE 2018, Davidoff Cigars organised a party at a beach on the Croisette, on the shores of the Big Blue, in association with Neuhaus chocolates and the slow-aged Nicaraguan Flor de Cana rum

Click on pictures to enlarge – ©Davidoff & YesICannes.com – All rights reserved 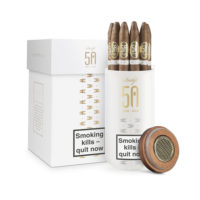 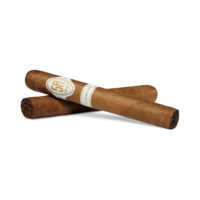 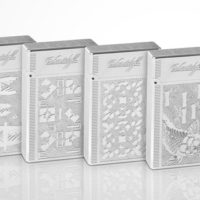 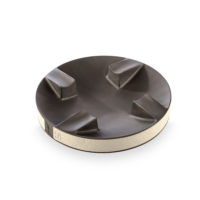 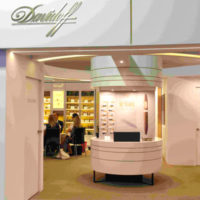 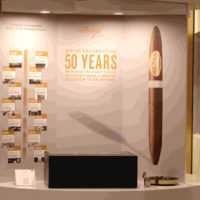 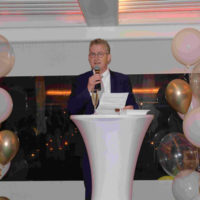 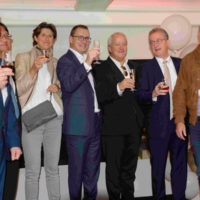 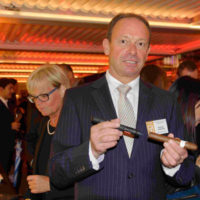 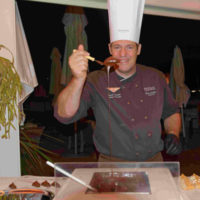 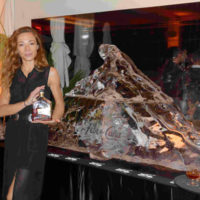