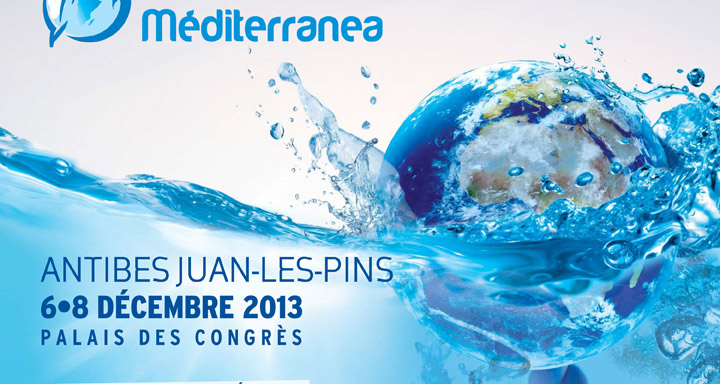 Dive Into The World of Festival Mediterranea 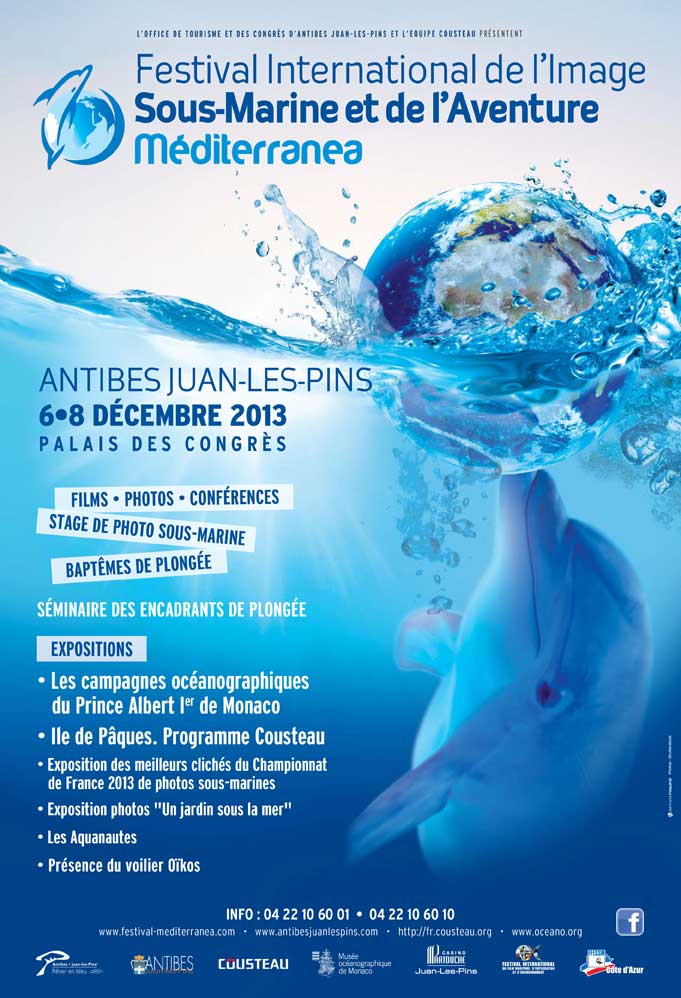 The fourth edition of the Festival Mediterranea, the International Festival of Underwater Pictures and Adventure will settle from December 4 to 8, 2013 into the new convention center in Juan-les-Pins, a true ship whose bow is pointing out to sea.

This year again, the lovers of the sea and seabed will be spoiled for choice between the projections of more than one hundred films, some for pupils from Wednesday, 4 December, but also for the general public from 6 to 8 December. The films will be competing for the “Golden Mediterranea” prize, ultimate reward.
On December 6 and 7, a seminar dedicated for diving supervisors, will be held by specialists who will discuss various topics in the fields of medicine, technology, legislation and materials.
Numerous exhibitions will delight the public: photos, underwater archeology, ancient material in a “village of diving”, will allow everyone to complete this journey into images legends. Not to be missed: the exhibition retracing the oceanographic cruises of Prince Albert I of Monaco, nicknamed “The Scholarly Prince” or ” Prince Navigator “… not to mention that on Easter Island, which gathers images related to the expedition of Captain Cousteau and his team in the land of Moai in 1976.
In front of the convention center, the sailing enthusiasts will admire life-sized the sail boat Oikos of Stephane Narvaez, the first boat without engine less than 50 feet having toured the world upside down nonstop.

During the Festival Mediterranea 2013, 120 try dives will be offered, and as an innovation, the show will host for the first time training courses of underwater photographs.

Dive Into The World of Festival Mediterranea was last modified: December 11th, 2013 by tamel