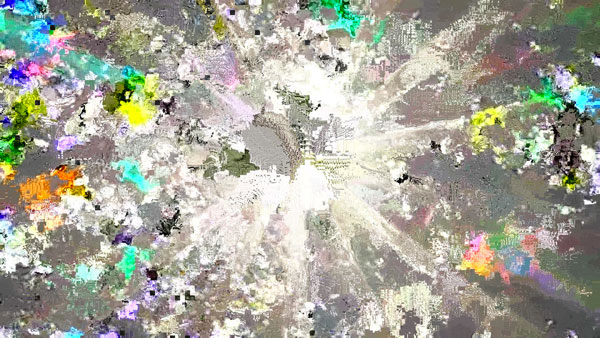 Hyper Soleils by Jean-Benoît Dunckel, a virtual reality video shot in 360°, was presented in world premiere at the Villa Domergue in Cannes.

Hyper Soleils by JB Dunckel is a title that evokes Cannes, land of cinema; music with climate bathed by the star of the day… In the emblematic site of the Villa Domergue, the world famous French musician Jean-Benoît Dunckel, from the duo Air, has entrusted the shooting of his next video clip in virtual reality to the young company Adastra Films. Installed within the CréACannes companies incubator, the start-up was distinguished last year by France Télévisions. 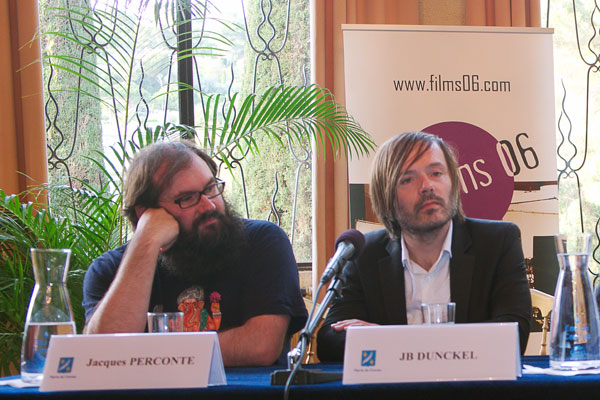 For the presentation in preview of Hyper Soleils, an innovative video made in Cannes in August 2015, with local teams, David Lisnard, Mayor of Cannes, welcomed on April 14, 2016 at the Villa Domergue JB Dunckel accompanied by the filmmaker Jacques Perconte and Sébastien Aubert, head of Adastra Films. During the presentation of his latest clip using virtual reality, Dunckel said he was very enthusiastic: “With this process, teleportation is existing. From Paris, you can find ypurself near the Croisette without moving.”
David Lisnard commented: “Cannes now offers a fertile groun for encounters, technologies, music, image… A land of creativity! A world famous artist, a shooting in an exceptional location, an innovative clip for a soundtrack “Made in Cannes”. 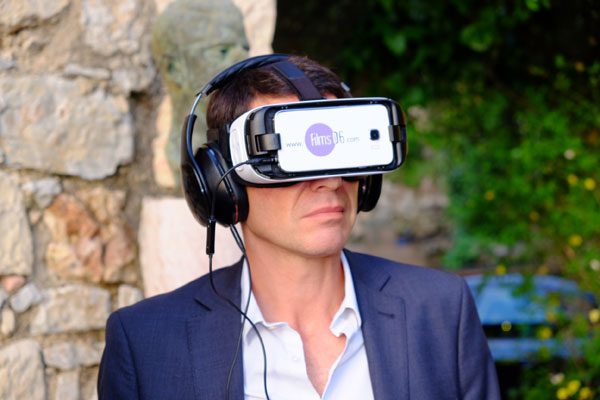 To reach the stunning level of realism of the clip, Adastra Films used the Panocam 3D technology, acamera helmet made of 20 GoPros (sixteen around, two up and two down), especially designed for the capture of 360° images with “body capture” that allows shooting from a subjective point of view, so that the viewer sees through the character’s eyes.
This stunning process, sold with some smartphones, allows the viewer to look in any direction through 20 films simultaneously made. 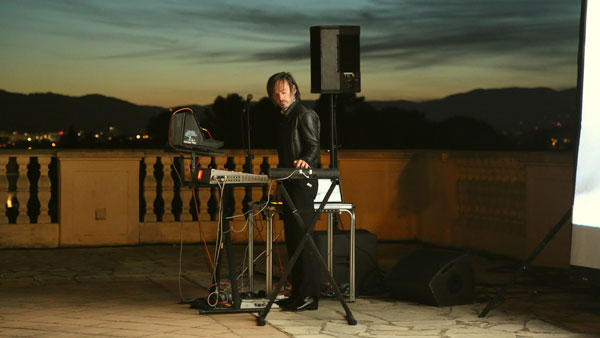 Dunckel and Nicolas Godin form since the 90s the duo Air. He is the composer of huge musical hits, such as Sexy Boy, Cherry Blossom Girl and Kelly Watch The Stars. Jean-Benoît Dunckel has this time decided to compose and perform a solo clip Hyper Soleils. A live picture and sound, on the images of his accomplice Jacques Percompte, who lovingly filmed Normandy, the sky, forests, glades, herbs, waves…
Normandy is turned into a new material, from which a thousand suns arise to better dazzle, plunging viewers into a mild hypnotic and airy feel. This innovative clip will be available online from May 1, 2016. 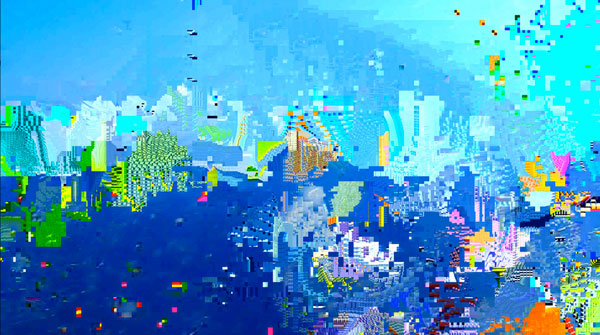 Cannes land of welcome and filming

Cannes, historic land for filming, received on its territory 89 productions in 2014 and 48 in 2015, made on emblematic places of the Capital of Cinema. Highlighting the company Adastra Films demonstrated how virtual reality can provide an innovative opportunity in today’s world. The company has already collaborated with the SBM in Monaco for immersive tours of palace suites. The regional committee of tourism has also commissioned several videos. 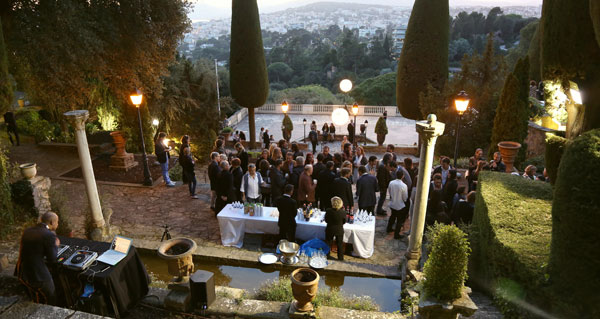