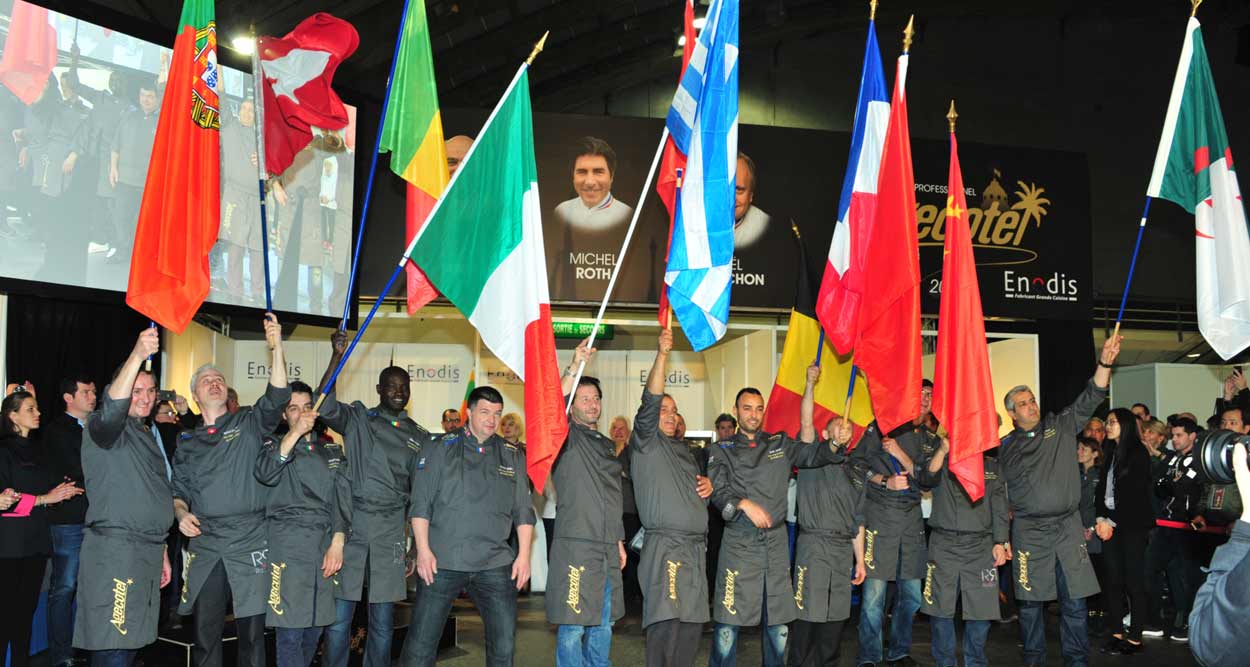 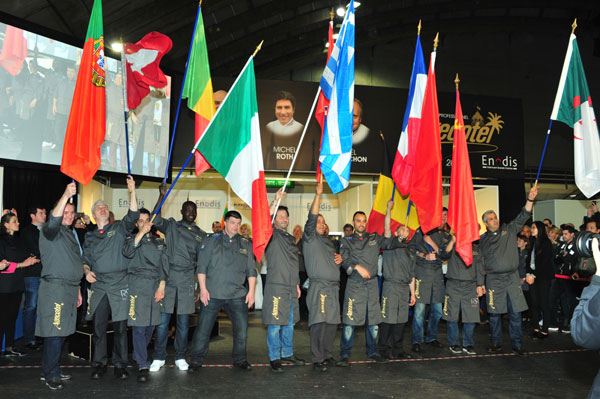 Agecotel, the show for professionals of hotels and restaurants sector, organized a competition of “écaillers”, and not just any: the World Cup with 11 countries competing.

The third edition of the competition took place at the tradeshow Agecotel 2016 in Nice, co-chaired by the chefs Michel Roth, Bocuse d’Or and Meilleur Ouvrier de France, Fabrice Prochasson, MOF and Fabrice Sibilla, winner of the 2014 competition.
After a tribute to Eric Gumpel, recently deceased Israeli écailler, the third edition of the World Cup for écaillers started on January 31, organized by Marcel Lesoille, culinary consultant and world record holder of oysters opening. 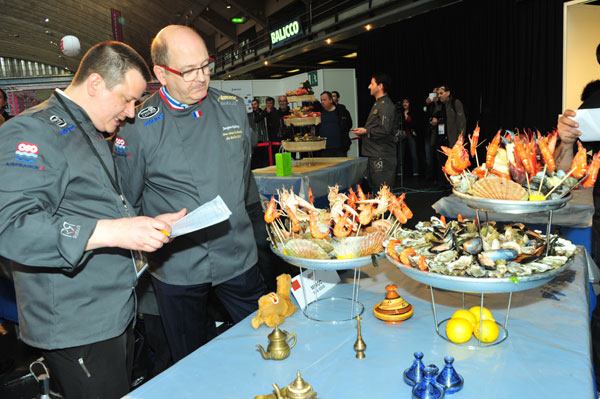 A world title at stake

The pressure was high and a huge challenge to win a world title of best écailler (fishmonger-fish scaler-caterer) in the world. The 11 candidates had 2 hours to achieve an artistically composed platter with 100 shellfish. The competition took place under the watchful eye of the contest coordinator, Marcel Lesoille, a lover of a somewhat unknown profession whose status he wants to restore and enforce the necessary rules.
Eleven professional écaillers, each representing a country, were competing. Their seafood feasts were judged both on overall presentation, on the technical and artistic appearance. The competition work of art should include oysters, belons, pink and gray clams, almonds, Spanish mussels, varnish urchins, shrimps, prawns, winkles, whelk, crabs, lobster… 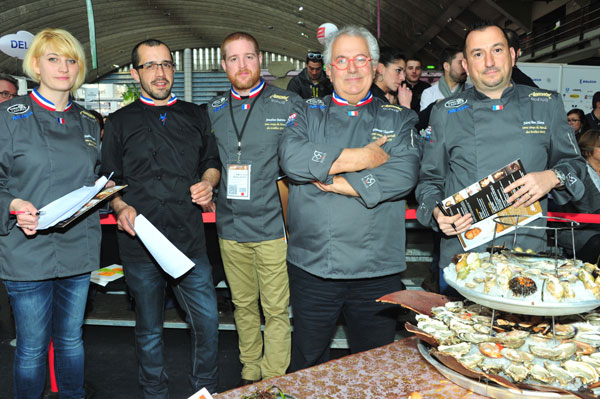 A prestigious jury of MOF 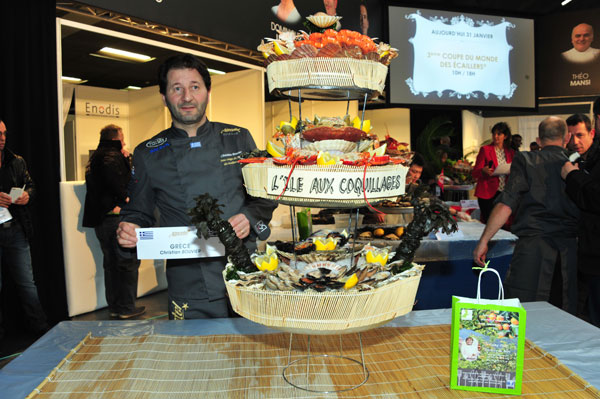 At the end of the allotted time, each candidate was able to unleash their creativity, and the true oceanic masterpieces were offered for public admiration. Christian Bouvier, representing Greece, and working for Coquillage Claude in Marseille, who ascended to the top step of the podium, followed by Francisco Pires for Portugal (L’Huitre de Paris) and Mickael Renoir, for France (Poissonnerie de Lucine à Cap Ferret). 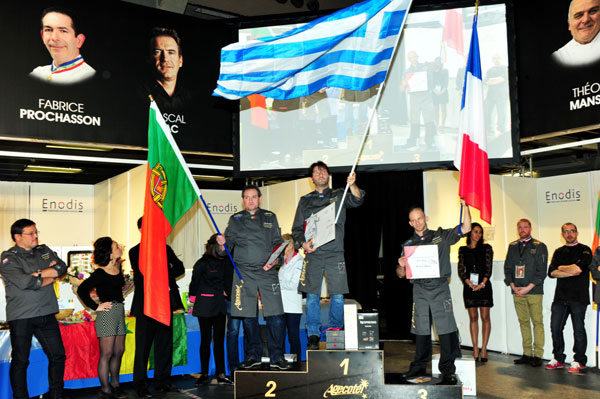 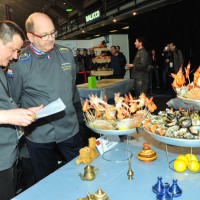 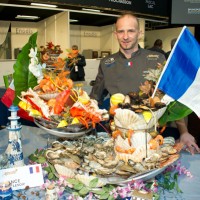 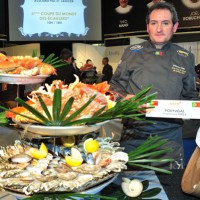 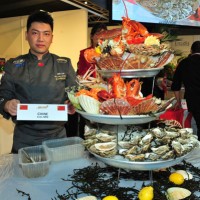 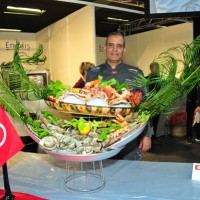 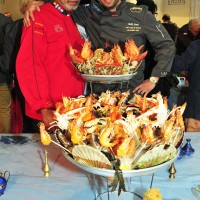 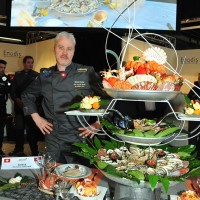 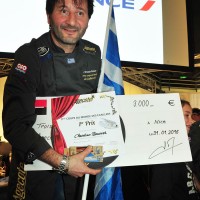