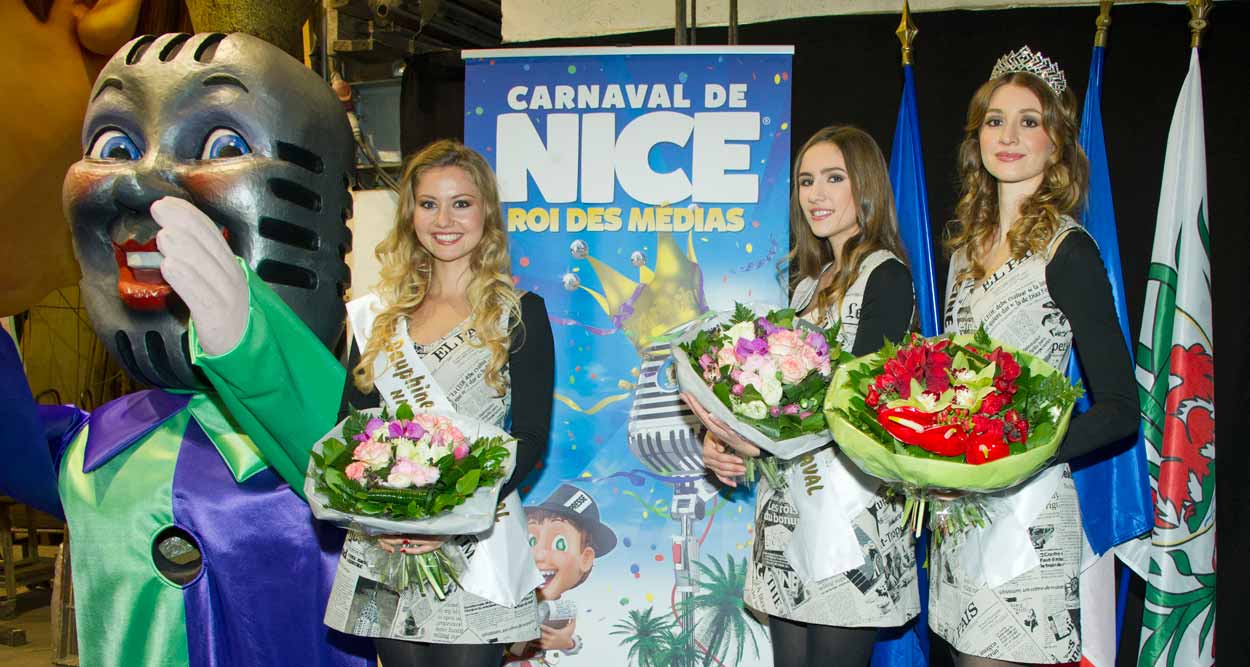 Queen of Nice Carnival 2016 and Media 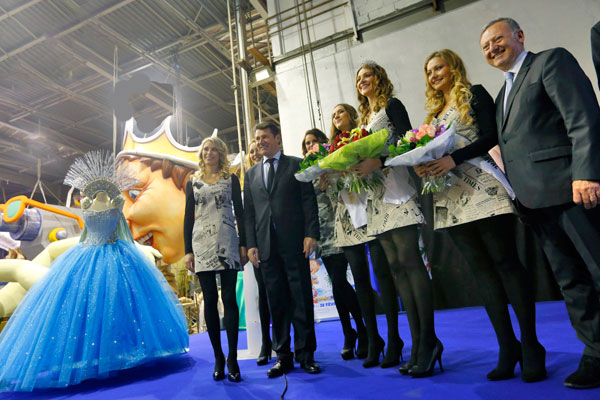 The Queen of Nice Carnival 2016 was presented by Christian Estrosi, Mayor of Nice, at the House of Carnival, with her two dauphines.

Nice Carnival 2016 Queen is Amélie! The gorgeaous young girl will reign over the City of Nice and the public of Carnival King of Media from February 13 to 28, 2016 with her two charming Dauphines (runner-ups), Mathilde, 1st Dauphine and Anastasia, 2nd Dauphine. The three beauty queens were presented to the media on February 8 by Christian Estrosi, President of the region Provence-Alpes-Côte d’Azur, Mayor of Nice, alongside Rudy Salles, MP, Deputy Mayor of Nice, Delegate to Tourism, International Relations and the Animation of District. 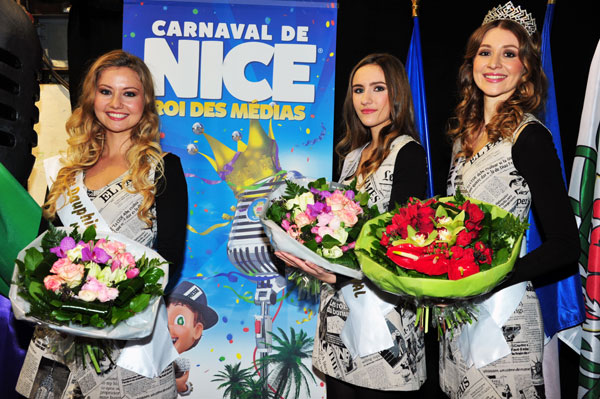 Tribute to freedom of expression

Nice Canaval 2016 keeps up with the news, even dramatic ones: the theme of King of Media was chosen in the context the January 2015 attacks in Paris against Charlie Hebdo and celebrates the freedom of expression of the press. A value that has also been shared by the carnavaliers for 143 years!
France stands out by this symbol of freedom of expression and the Nice Carnival 2016 will stress that symbols are invulnérables to barbarism. The floats will parade as burlesques caricature of the world of communication in the broadest sense: from television to the paparazzi via the Web “devourer of paper” (a float by cartoonist Kristian) and social media like Twitter‘s blue bird. 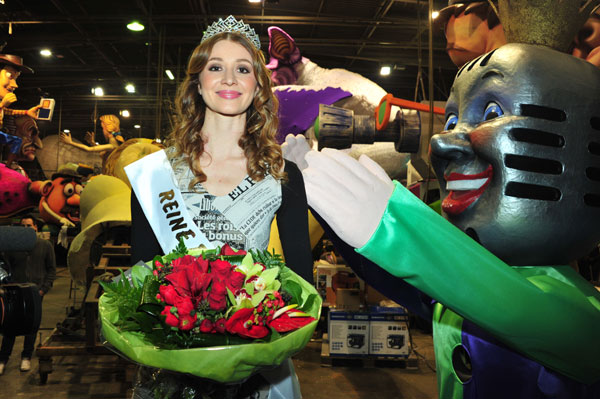 The Nice Carnival belongs to the world

Since the Middle Ages, the Carnival is one of the flagship events of the city where, since the first farandoles in 1294 to the current giant, colorful parades, with sound and light, it fulfills its role as a social and festive outlet. Its corsi – carnival parades with burlesque floats – magnified by the animation elements, street artists or international musical groups, take place on the Place Massena and around the Albert 1er Gardens. Day or night, 18 floats will tell the chronicles of the King of Media in  playful parades, led by more than 1,000 musicians and dancers from around the world. Its night version, the illuminated parade, takes people into the world of magic. 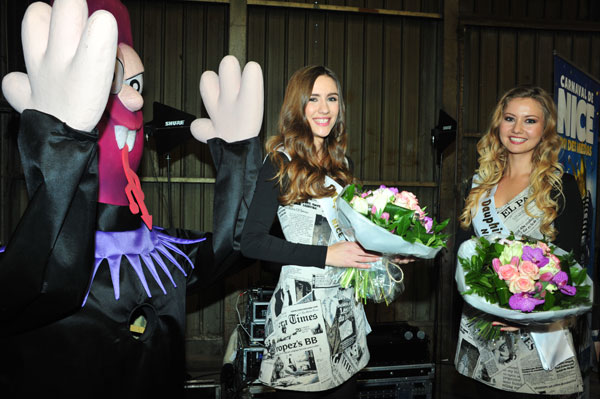 On the waterfront, along the mythical Promenade des Anglais, the Flower Parades exalt the elegance and creativity of unique costumes, created especially for the event, worn by models who throw the public bunches of flower. The sumptuous floral arrangements decorating the floats over honoring the floral heritage of the region. Perched on floats, the characters dressed in extravagant costumes throw the public mimosas, gerberas, lilies… A show full of poetry, enlivend by troop of dancers, musicians, street artists…

Other highlights of Nice Carnival 2016

Lou Queernaval
Lou Queernaval, the first gay Carnival of France, will be back in Nice on Friday, February 19 at 21h for a second wildly creative edition. Open to everyone, the floats will parade on Place Massena in Nice, with free admission. 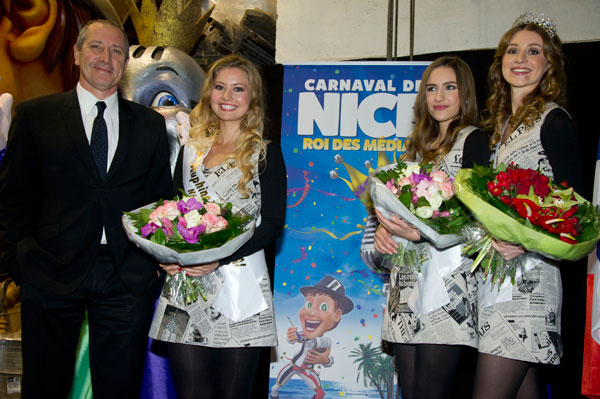 The Parada Nissarte
Within the carnival parade, the 100% Niçoise  parade will boast 3 floats made by Niçoises associations: Forum Nice Nord, Espace Magnan and PAJE, with their amateur artists troops.

The Carnival Bath, February 22 at 11 am at the Beach of the Ruhl

Vira La Roda Lunch
A gourmet lunch in altitude on the Big Wheel to benefit students in the catering schools. For the 3rd consecutive year, the chefs from Nice Christian Plumail, Cyrille Billa, Gilles Balestra, David Faure, Thomas Millot and pastry chef Serge Serain will make a lunch for gourmets who will “turn” on the Ferris wheel, stopping only for service.

Amélie, the  Queen of Nice Carnival 2016 will attend the majority of the events of the carnival with her runner-ups and will have pride of place, tiara on her head and dressed in a beautiful blue dress with sequins, during the flower battles on Saturday 13, Wednesday 17, Saturday 20, Wednesday 24 and Saturday 27 February at 14 h 30. 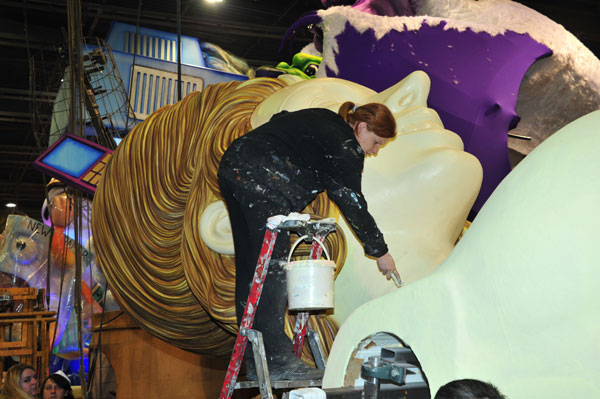 Her Majesty the Queen of Media 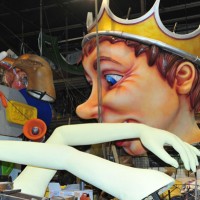 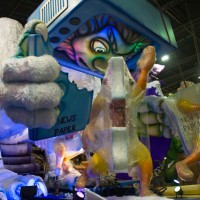 The Web Monster, a float by Kristian 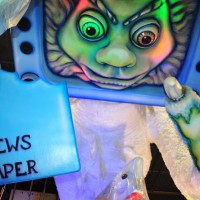 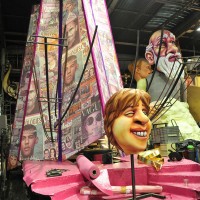 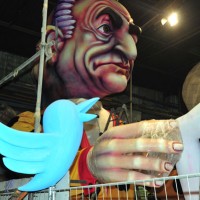 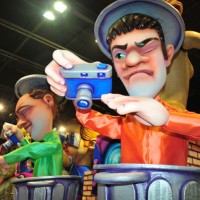 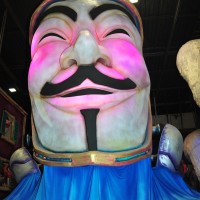 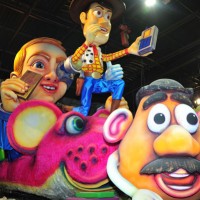 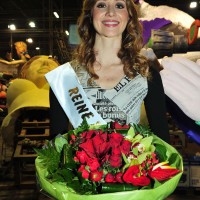