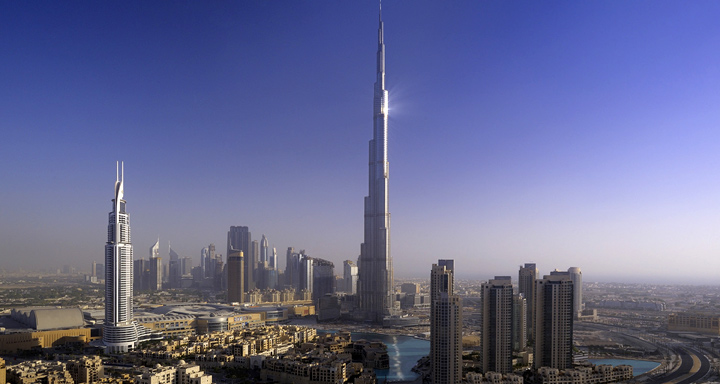 At MIPIM 2014, Emaar Properties presented the Burj Khalifa, the tallest tower in the world, a part of the Downtown Dubai project, called The Centre of Now.

Already present at MIPIM in recent years with its gigantic and luxurious buildings, Dubai focused this year on Downtown Dubai by proposing investment in new luxury housing with services.
Emaar, one of the two largest real estate companies in Dubai, presented, with a huge and beautiful model of Downtown Dubai, a megaproject of 2 square kilometers described as “The Centre of Now”, which is articulating around the Burj Khalifa, the Dubai Mall and the Dubai Fountain.

The Centre of Now

Emaar also unveiled The Opera District, located in the heart of Downtown Dubai, with its Dubai Opera whose shapes and curves are reminiscent of mountains and sand dunes. It will be a multipurpose center with a capacity of 2,500 seats dedicated to arts and entertainment. The architecture has drawn inspiration from the maritime history of the city.
The Opera District will include residential serviced apartments, luxury hotels, shops and restaurants, somes spaces, fountains and leisure parks.

Robert Booth, CEO of Emaar Dubai Real Estate said: “The Emaar presentation at MIPIM 2014 focuses on our references as an international promoter of iconic properties that transform the economy of the places where we operate. “Downtown Dubai “, an unquestionable success, has become a genuine model occupiying a special place, with its contribution to the growth of key economic sectors in Dubai.”
Dubai aims to become the cultural hub of the region and wants to find means to welcome 20 million visitors in the years to come. With the launch of The Opera District, Emaar’s projects complement the Tourism Vision 2020 program of the mighty Arabian emirate.
Amit Jain, Chief Financial Officer of Emaar Properties, said: “Dubai promises an economic leap due to the organization of the 2020 World Exhibition. The interest in our project continues to strengthen the international level. After the forecast, the economic power of the city should more than double thanks to underway ambitious infrastructure projects for the organization of this global event.”

The tallest tower in the world

The 828-meter high Burj Khalifa is the tallest tower in the world. This skyscraper of 160 floors with the world’s fastest elevators, its highest panoramic terrace in the world located 452 meters from the 124th floor, houses a luxury Armani hotel, luxury apartments and offices, pool, disco and mosque.
Dubai Mall, built by the developer Emaar Properties, is the world’s largest mall with 800,000 m2 of retail space for 1,200 shops. The Mall, opened in November 2009, is located at the foot of the Burj Khalifa.
The Dubai Fountain is a set of fountains located on the Burj Khalifa’s artificial lake. Designed by WET Design, the American company that already conceived the fountains of the Bellagio in Las Vegas, Dubai Fountain is illuminated by 6,600 lights and 25 color spotlights.
The Fountain is 275 meters long and projects water 275 meters high with choreographies at the sound of classical music, contemporary Arabic music and world music. It costed nearly $ 218 million and was officially inaugurated on May 8, 2009 with the Dubai Mall.

At Mipim 2014, the Emaar Properties stand received the visit of the inauguration delegation led by Reed MIDEM CEO Paul Zilk and MP-Mayor of Cannes Bernard Brochand who admired the models of the Centre of Now. 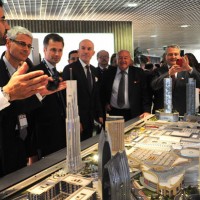 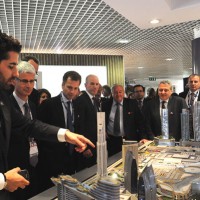 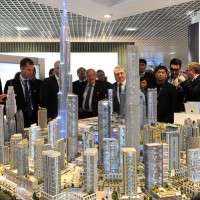 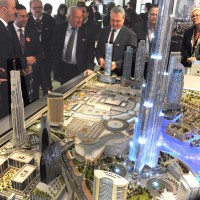 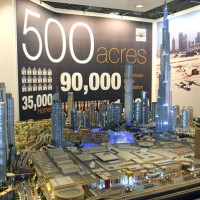 The Centre of Now model 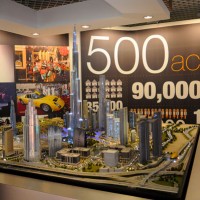 The Centre of Now 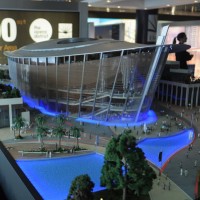 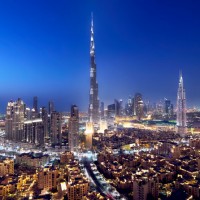 Burj Khalifa, the tallest tower in the world 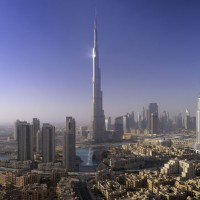 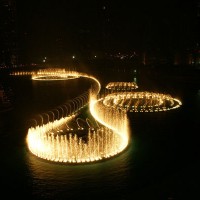 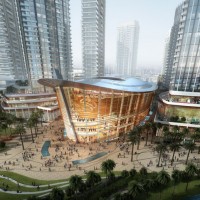