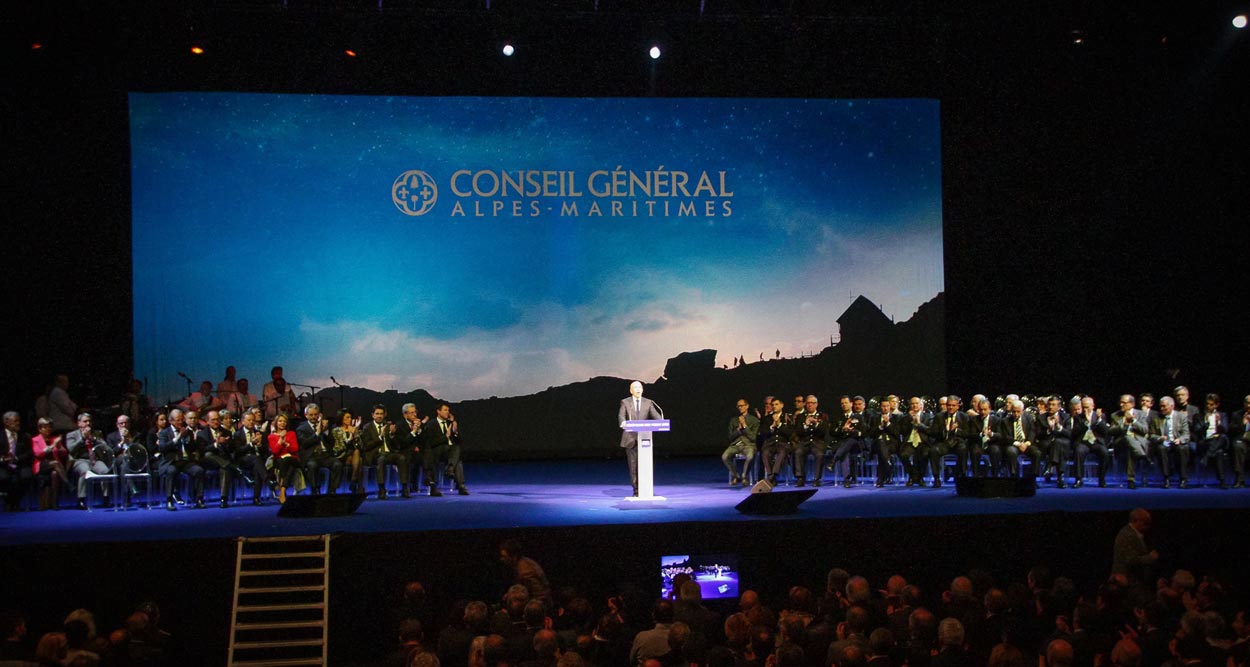 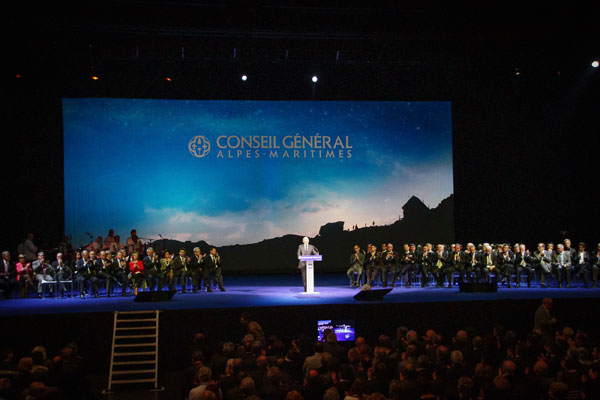 Eric Ciotti, President of the General Council of the Alpes Maritimes, welcomed 4,500 people at the Nikaia hall for the New Year reception on January 15, 2015.

Eric Ciotti, President of the General Council of the Alpes Maritimes extended his wishes on January 15, 2015 to the agents of the General Council at the Nikaia hall, surrounded by Christian Estrosi, MP-Mayor of Nice, Adolf Colrat, Prefect, and mayors of the region, elected officials and distinguished personalities of the year. The ceremony ended with Super Mado, Noëlle Perna‘s new show for the 2015-2016 tour.

A united and unified France

In introduction, Eric Ciotti evoked the terrorist attack by that Charlie Hebdo suffered and the 17 casualties caused by this barbaric act. “France is at war and in mourning, but France must be strong because it is “united and unified“, Eric Ciotti said.
Recently appointed Chairman of the Parliamentary Committee on jihadist networks, Eric Ciotti calls for strong measures to mark the French Republic’s strength.
In tribute to the victims, Eric Ciotti said: “I would like that we do not forget the 17 French who fell and Hervé Gourdel.” and he invited all those present to stand up and observe a minute of silence. 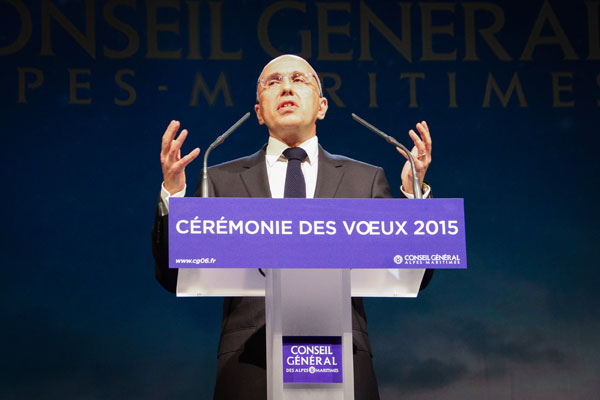 Restore the values of the Republic

Eric Ciotti thanked “those who have embodied the permanence and strength of the Republic“: the police, the gendarmerie, the élite units of the GIGN and the municipal polices.
Stressing the importance of national unity, he lamented the disrespectful behavior of some pupils who have refused or disturbed the minute of silence in schools in tribute to the victims, the day after the attack.
“Today, we see that there are children who hate France, also, we must restore the values of the Republic in schools, teach the respect, give back teachers their authority. We must restore the School the Republic!” he said.

After the tributes, a video clip was broadcast to honor outstanding personalities that have marked the highlights of 2014 in the Alpes-Maritimes in the fields of sport, culture, medicine and research, solidarity and education.
Eric Ciotti thanked the research team of Professor Paul Hofman – supported by the General Council – who have developed a blood test for the detection of lung cancer, years before it’s visible through imaging.
Erci Ciotti also honored other prominent figures, supported by the General Council, as navigator Jean-Pierre Dick, or Nice mountaineer Stéphane Benoist who conquered the Annapurna. 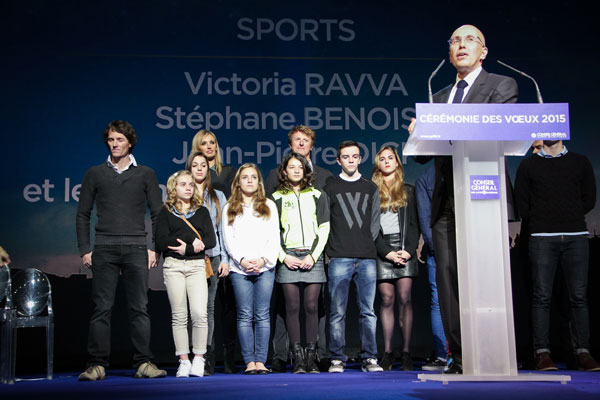 Charles Gottlieb, one of the last surviving witnesses of the extermination camps, Honorary Citizen of the City of Nice and Chevalier in the Order of Academic Palms, is a tireless pilgrim of memory who is passing on what he lived to never forget. He was elected personality of the year 2014 for the work of memory he has done in schools and in the memory trips to Auschwitz.

The comedian and actress, Noëlle Perna is known to the public as Mado la Niçoise. At the end of the Eric Ciotti’s ceremony of wishes, energy and fun chased the gloom with Super Mado‘s frenzied optimism encouraging others to move ahead, to push back their limits, to believe in themselves. 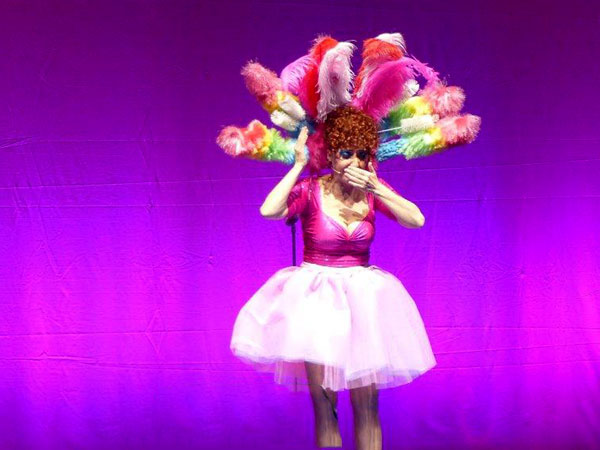