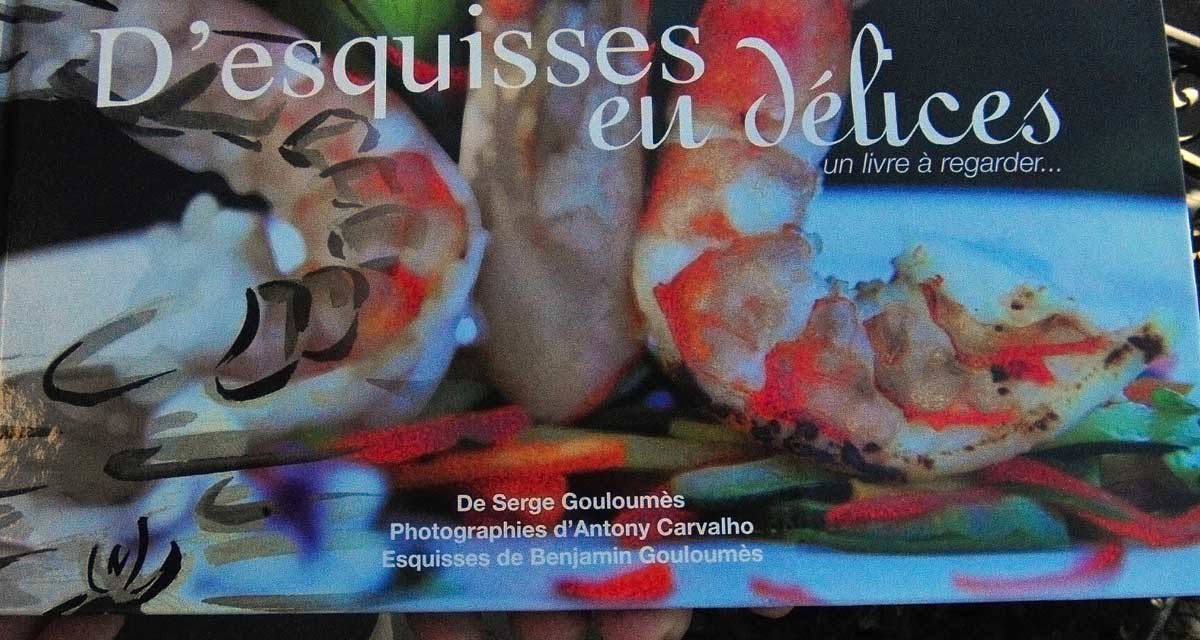 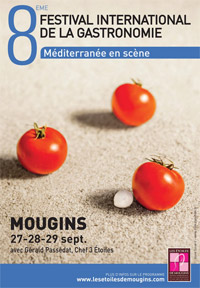 The 8th Etoiles de Mougins, the Festival of Gastronomy, again offers us a rain of stars in the picturesque old village of Mougins on September 27, 28, 29, 2013. This year’s theme is ” Mediterranean on the stage”, a nod to the city of Marseille, crossroads of culture and gastronomy of the Mediterranean and 2013 European culture capital.

Mougins is a Provencal village perched on a hill with sweeping views over the plain of Grasse on one side and the bay of Cannes and the Lerins Islands on the other. An authentic village, snail-shaped, consisting of a maze of cobbled, picturesque and windingstreets, lined with old houses with stone facades, ornate with antique doors and decorated with carpets of flowers and ivy.
This unique setting has always attracted a large number of artists such as Picasso, to whom Mougins paid tribute through the beautiful Museum of Photography, but also culinary artists seduced by the strategic location of the village, located between Cannes, the capital of cinema and Grasse, the perfume capital, and who found here an ideal place to practice their art .
Mougins, cradle of the “cuisine du soleil”, woven by prestigious chefs who officiated in the famous kitchens of the Moulin de Mougins with Roger Vergé (Alain Ducasse, Jacques Chibois, Denis Fetisson and many others), an inescapable destiny of French gastronomy.
With the dynamics of Roger Vergé, Mougins was propelled towards the heaven of stars and since has hosted many talented restaurateurs. In 2011 , Mougins is crowned with the first title in France of “City and Art Crafts for Gastronomy”. In 2013, no less than 5 restaurateurs incorporated Mouginois institutions.
Mougins, capital of gastronomy, attracts tourists lovers of good food from around the world. So it’ s naturally that in 2006 the International Festival of Gastronomy was born: Etoiles de Mougins.
Etoiles de Mougins is a rare opportunity for top chefs from around the world to meet, to exchange, to confront under the accomplice and happy eyes of a more and more numerous public, in an atmosphere of nice conviviality. A resounding success with 296 chef received since its inception, representing 412 Michelin Stars out of which 29 three-star chefs, 28 countries invited, 300 journalists and 25n000 visitors per edition.
This year, Etoiles de Mougins expresses its will to join Marseille for the event “Marseille Provence 2013”. So, Mediterranean in the spotlights on this 8th edition of Etoiles de Mougins, because there are no more border today between Gastronomy, Art, Culture and the stage.

Three-star chef Gerald Passédat from “Petit Nice” will be the guest of honor of this 2013 edition.

Wine Tour of the Mediterranean: discovery of wine of the Mediterranean, products, producers and presenters, journalists who will host media sets.
Media sets with happenings or chefs surprises, culinary exhibition of photos, Festival bookshop, the Alley of Flavors, the Gourmet’s Alley and the Sweets Corner, street food, the Gourmet Corner. 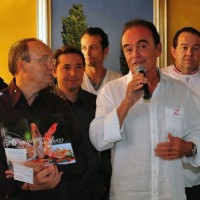 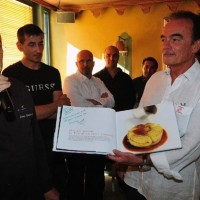 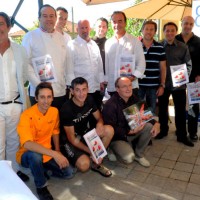 Chefs around the Mayor and organisation team