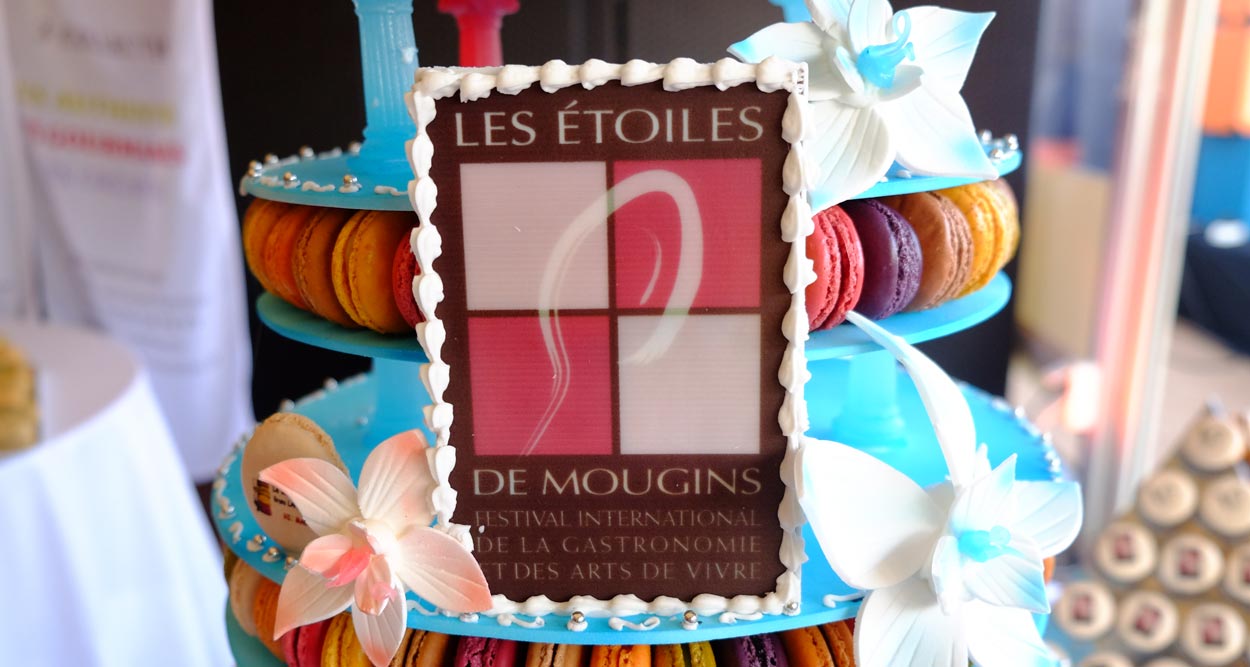 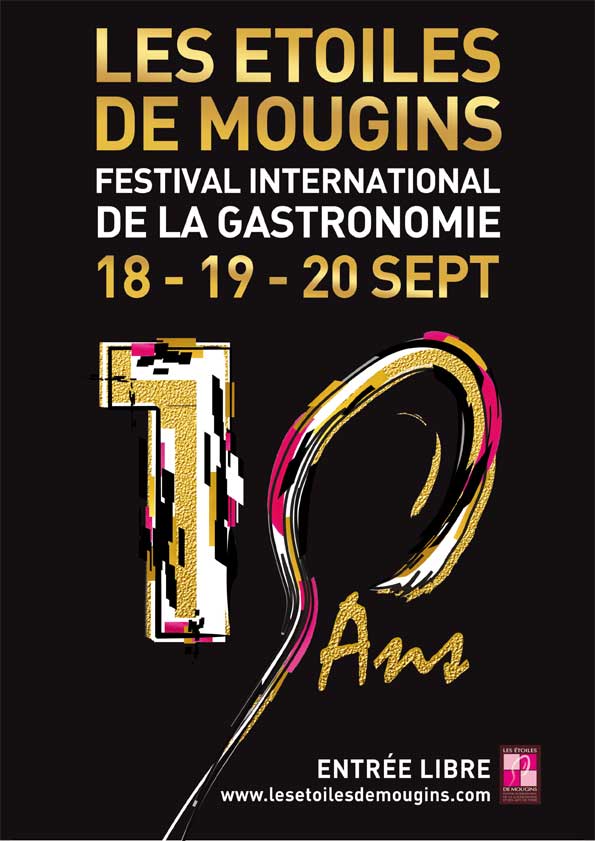 Les Etoiles de Mougins will celebrate its tenth anniversary on next 18, 19 and 20 September, honoring all those who worked for the prestige of the Festival of Gastronomy and Art de Vivre.

Established in 2006, Les Etoiles de Mougins gave the title of Gastronomy Capital in the French Riviera to the village of Mougins, its ancestral streets that spiral around the old stone of the squares, houses and iconic places frequented by the greatest artists. During the Festival of Gastronomy, the village is turned into a vast open-air culinary space with demonstrations and tasting, and hosts the leading Chefs in the world, who share with the public the love of a profession and a common passion.
The gorgeous beach of Hotel 3,14 on La Croisette in Cannes hosted on June 28 a foretaste of the 10th edition festivities.

The milestone edition will bring together 130 chefs who will perform their show in the demonstrations area and workshops, in a context of tribute to Roger Vergé, the maestro of French cuisine. The late talented chef has sparked many vocations and stimulated many chefs, today recognized in the world of gastronomy.
Roger Verge, chef with the 5 stars of Moulin de Mougins, died on June 5, 2015, had been invited to the first edition of the Etoiles de Mougins in 2006 and a Place Roger Vergé was inaugurated for the occasion.
The tribute to his life and his work will honor the Cuisine du Soleil at the International Young Chef contest with an exhibition of the best photos of his exceptional career. 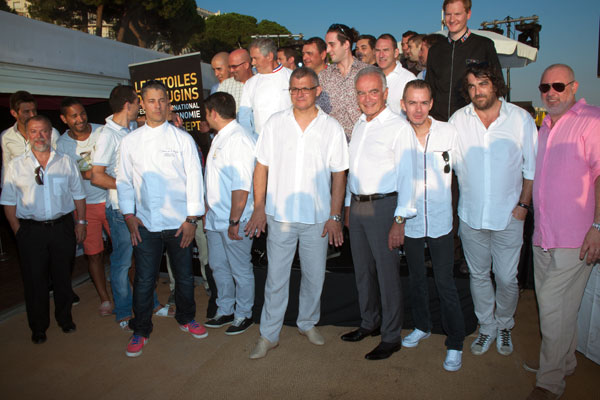 A stellar line-up of prestigious Chefs

The anniversary edition of the Etoiles de Mougins has invited to its table a prestigious line-up including the special guests from the previous years: Denise Vergé (Roger Vergé’s widow), Eric Fréchon, Frédéric Anton, Christelle Brua, Gérald Passédat, Marc Veyrat, Christian Willers, Emile Jung and many others… Large delegations of foreign chefs from the 5 continents are announced, with a strong presence of American and Brazilian chefs.

For 9 years, 25,000 people have been attending each year over 120 live demonstrations and workshops – usually free – by cefs from Australia, Brazil, Spain, Sweden… The Festival and its 4 demonstrations areas, 7 workshops, its lectures, dedications area, cooking shows, offer the public  – who would never have the opportunity to push the door of a chef’s kitchen – to see the chefs at work. People come to share their passion for gastronomy with a growing craze to grab some of their secrets and leave with their recipes. 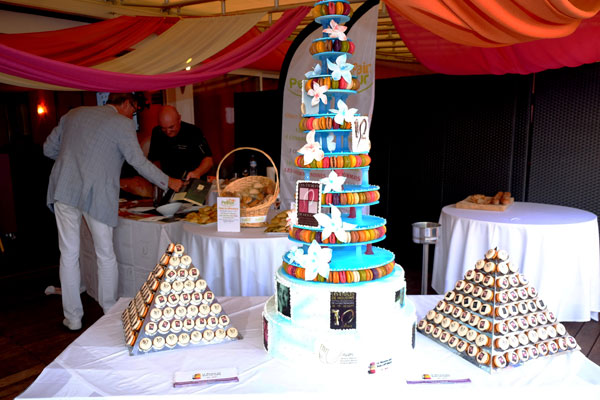 The Place to Be is the new space of the Festival: live concerts, Food Truck, chefs happenings, cocktail contest and many other novelties. A fireworks offered by the city of Mougins will ignite the evening of Friday 18 September. To discover also: the Fnac literary café, culinary photographs exhibited across the village, an Allée des Saveurs (flavors alley) with over 50 exhibitors, an Arts and Delights space, the Espace Bacchus, dedicated to wines and gourmet corner; you will also learn to set a table, cut meat, prepare coffee, serve champagne…
The chefs will attend a 2 CV rally aboard the legendary cars, en route for a culinary journey of challenge.

A culinary and festive foretaste

The beach of the Hotel 3.14 was the dream setting for a culinary and festive foretaste announcing the 10th anniversary festivities of Les Etoiles de Mougins. Between the azure blue of the Mediterranean and the turquoise blue of furniture, between transparency and reflections, the Mayor of Mougins Richard Galy unveiled the program surrounded by many personalities from the world of gastronomy. The numerous guests could discover throughout the evening some delicious recipes concocted by renowned and talent chefs from the region, accompanied by delicious Champagne and Provence wines. 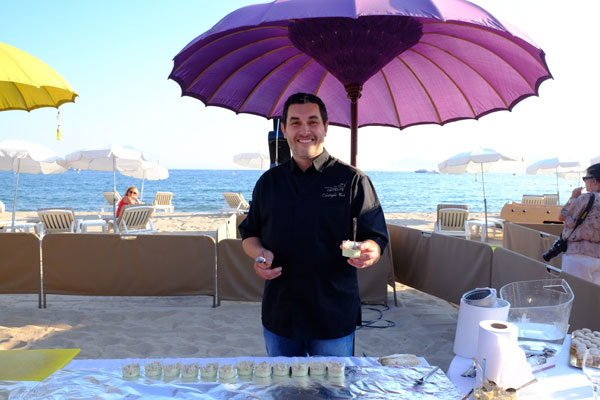 Excitement for the palate on the beach

During this soirée, the guests could enjoy delicious by instance the Avocado façon Guacamole with Chiso Crab meat, or the roast Seabass with Marigolle artichoke, Clam emulsion by chef Christophe Ferré from the restaurant L’Antidote in Cannes, or seared Foie Gras with creamy Corn and Popcorn by Gabriel Degenne, chef from Le Château de la Bégude. All these delicacies were accompanied by Piper Heidsieck Champagne or cocktail made with Mouton Cadet white wine by the house Apéricol.

The ham from Cuyar Jarugo and the Charolais beef fillet (aged for 6 weeks) from the house Puitgrenier gained many fans. As for dessert, the famous “Pièce Montée” built with macaroons by Bruno Laffargue (Mic Mac Macaron) in honor of the 10th anniversary of the Etoiles de Mougins was the subject of numerous souvenir photos before ending up in the palate of the most gourmands.
The wines of Provence – red, rosé and white – were also in the limelight with the Château Pas du Cerf.

To enliven the evening under the stars, the band Testa kindled the beach and the sky with fashionable hits. Mayor Richar Galy joined the musicians and played the guitar on a few numbers. 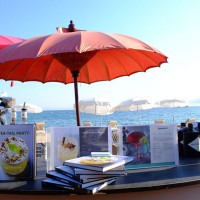 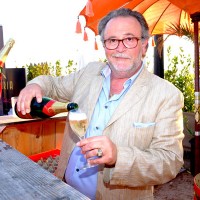 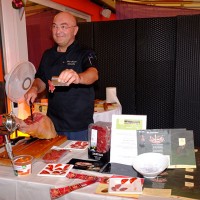 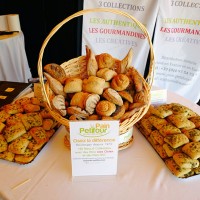 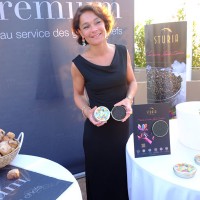 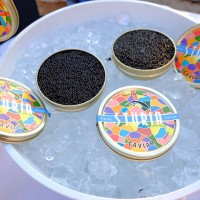 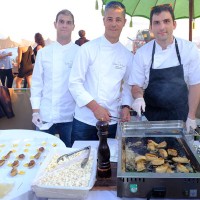 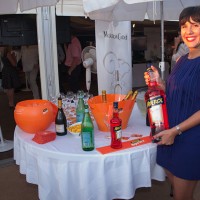 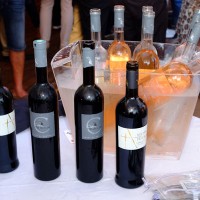 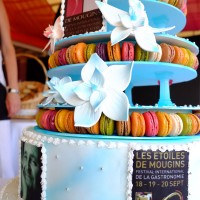 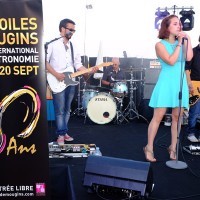 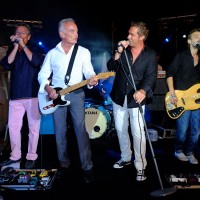